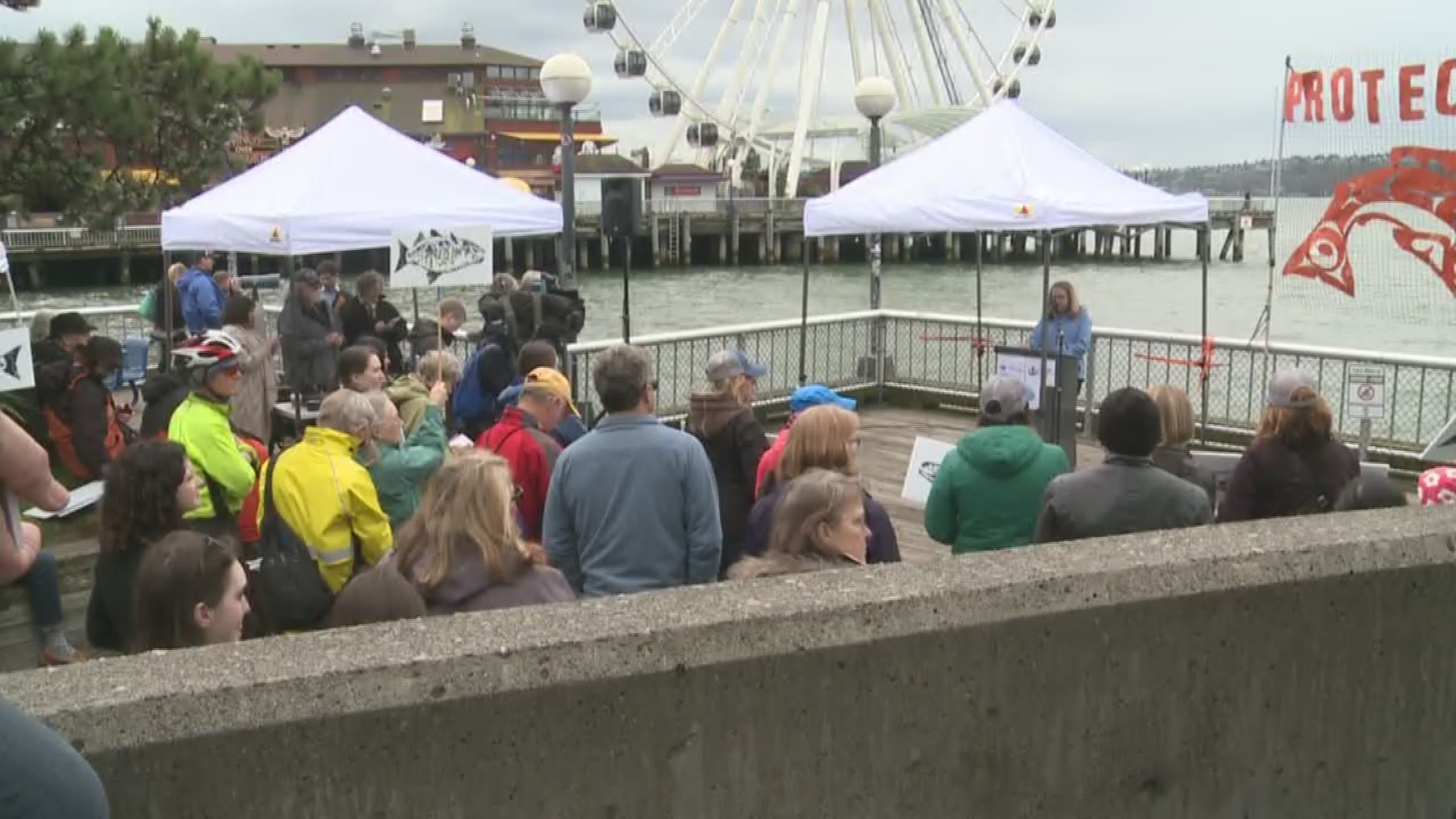 The Duwamish River has changed a lot in the last few decades.

"When I started working on this project 35 years ago, you didn't find herons, you didn't find hardly any wildlife here at all," said Duwamish River Clean-Up Coalition Technical Advisory Group Director James Rasmussen.

Rasmussen has helped spearhead efforts to clean up the superfund site. Nearby industry contaminated soil. Removing it has carried a hefty price tag. Restoration has already cost hundreds of millions of dollars in EPA funding.

"And all of a sudden there is a chance this might stop. That is absolutely unfair to the people who have been working on this project," Rasmussen said.

He was joined by dozens of others on Seattle's waterfront for a rally against the EPA cut, calling for statewide action.

A full river clean-up is scheduled on the Duwamish in about five years. That work is now in jeopardy without funding from other sources.

"Kind of taking a hatchet to these basic environmental protections that are so popular with the public seems crazy," said Washington Environmental Council President Becky Kelley.

Environmental groups are asking state lawmakers to fund the difference.

"Folks, we can't lose this one. We've come too far,” said Seattle City Councilman Mike O'Brien. “What's at risk right now is huge. But together we can stop this and turn this around and head back in the right direction.”