A pilot project planted 6,000 pounds of oysters in Seattle's Elliott Bay in an effort to improve water quality, and restore habitat and a native oyster bed. 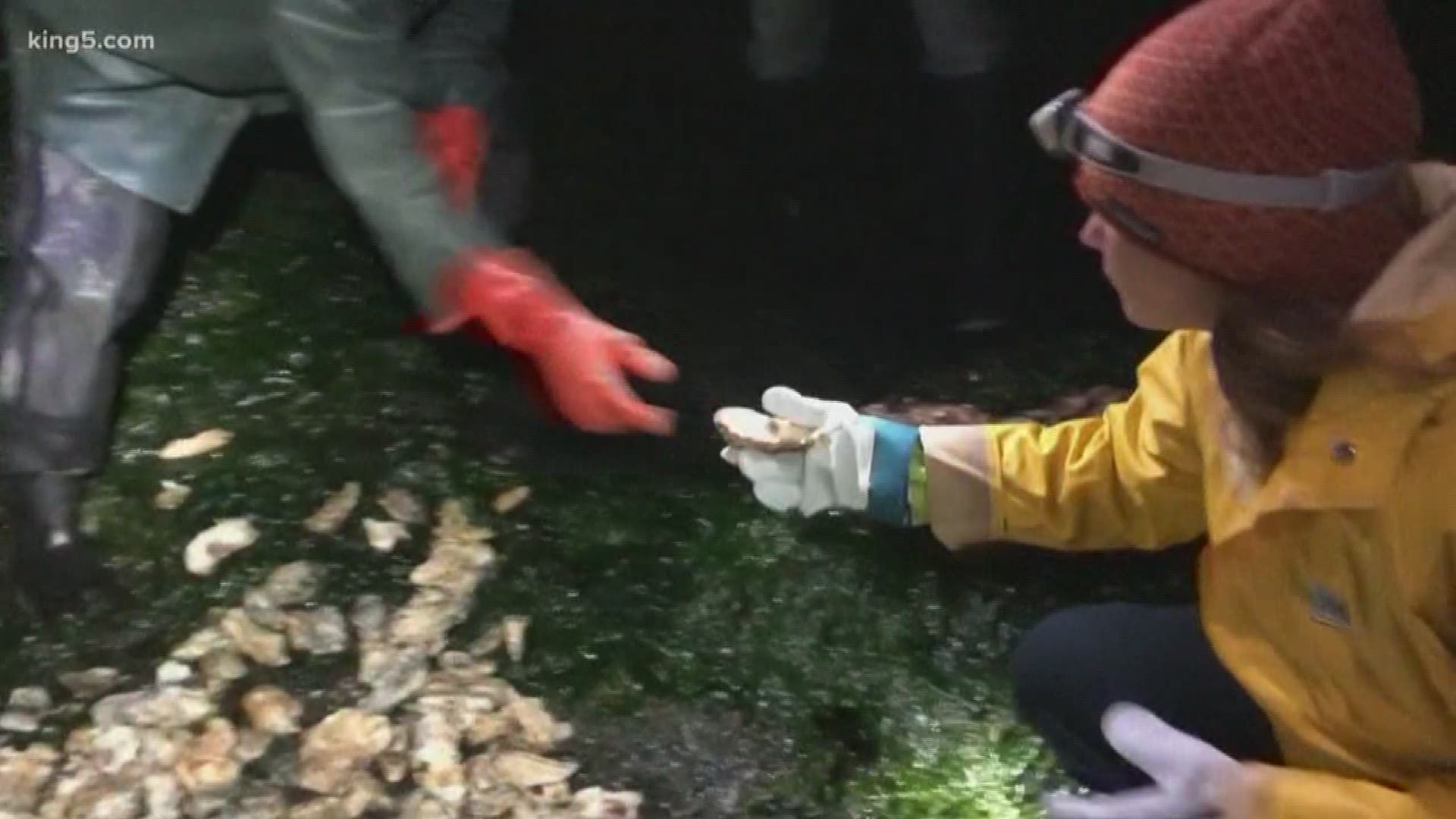 In the dark, early morning hours this week, crews placed 6,000 pounds of oyster shells into Elliott Bay for the new Blue Carbon Pilot Project. The shells were seeded with Olympia oysters.

"That's our only native oyster. They were fished out about 100 years ago. So, we are trying to restore them to Puget Sound. They are excellent filter feeders. They take contaminants out of the water," said Port of Seattle Senior Environmental Program Manager Jon Sloan.

The Port of Seattle is partnering with the Puget Sound Restoration Fund and the Washington State Department of Natural Resources to restore habitat and a native oyster bed at the north end of Smith Cove in Seattle's Elliott Bay. They hope the habitat will trap carbon in the environment, reduce ocean acidification and improve water quality. The Port has come out in favor of Initiative 1631, which would implement a $15 per ton fee on carbon emissions.

"Each oyster can siphon two gallons an hour which can improve the water quality in the area. Eventually, and much more interesting to me, is the ability to plant kelp and eelgrass that would be able to absorb the CO2 from the water and then actually improve the acidification of the water. If we have 1 million oysters out there over a 25-acre site, we can really start making a difference," said Port Commissioner Fred Felleman. "Ivars has their acres of clams. We're going to have 25 acres of oysters and salmon habitat."

Eelgrass, kelp, and salt marsh vegetation trap dissolved carbon at a significant rate – as much as a ton of CO2 per acre annually, according to the Port, which expects its Smith Cove project to trap 10 tons of carbon every year, or the equivalent of over 1,000 gallons of gasoline combustion.

The Port of Seattle paid $275,000 for the project, which includes design, build, kelp/shellfish restoration, and eelgrass planting.

"People fertilize their lawns. There is industrial stuff to get in there. These filter feeders actually take those contaminants out of the water and incorporate them into their biomass. That's one reason we really don't want people eating these oysters. They are illegal to harvest. No urban oyster is really safe to eat, but they do a fantastic job of cleaning up the environment," Sloan said.