The Washington Salmon Recovery Funding Board announced grants in 28 counties to help bring salmon back from the brink of extinction. 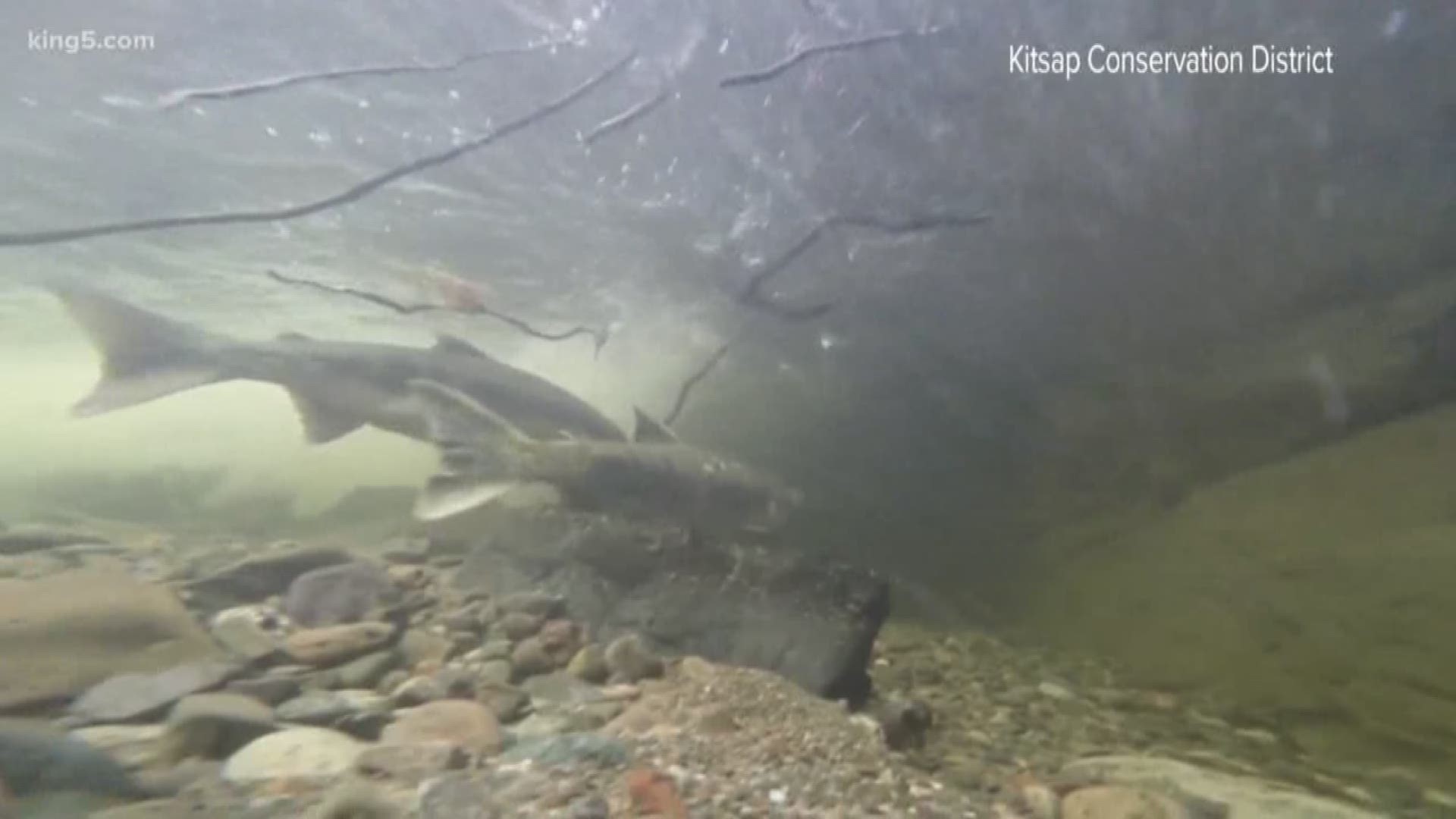 SEATTLE — Editors note: the above story was recorded in August 2019.

The Washington State Salmon Recovery Funding Board (WSRFB) announced Monday over $26 million in grants for projects across Washington that aim to help revive salmon populations, which have long been in decline due to developmental infrastructure that ignores them.

Twenty-eight of the state’s 39 counties will receive the funds distributed across 96 projects.

Investments will be targeted to remove barriers that prevent salmon from migrating, increase available salmon habitats and conserve important ecological areas surrounding them.

Projects are selected in collaboration with local watershed-based groups including tribes, local governments, nonprofits and citizens. They are designed to fit community priorities while addressing state and federal issues surrounding salmon ecology.

Jefferson County will receive the largest donation, with more than $3 million for the Hood Canal Salmon Enhancement group to remove and replace the U.S. Route 101 causeway and related projects.

In 1991, the federal government declared the first salmon as endangered. Government and advocacy groups have worked tirelessly to understand and address low numbers, funding projects to correct human development that hurts the fish and preserve existing populations. Salmon in decline has detrimental impacts on both the communities that rely on the fish and local ecosystems.

Since WSRFB was established in 1999, they have contributed to the removal of more than 700 barriers to migrating fish, the restoration of over 48,000 acres of shoreline, wetlands, and other stream habitats, and more.

According to the Washington State Recreation and Conservation office, funding for the grants comes from the Legislature-authorized sale of state bonds and from the federal Pacific Coastal Salmon Recovery Fund, which National Oceanic and Atmospheric Administration’s National Marine Fisheries Service administers.