2019 shaping up to be one of Washington's worst droughts

One of the wettest places on earth, the Pacific Coast of the Olympic Peninsula, is now ranked the third driest area since records began. 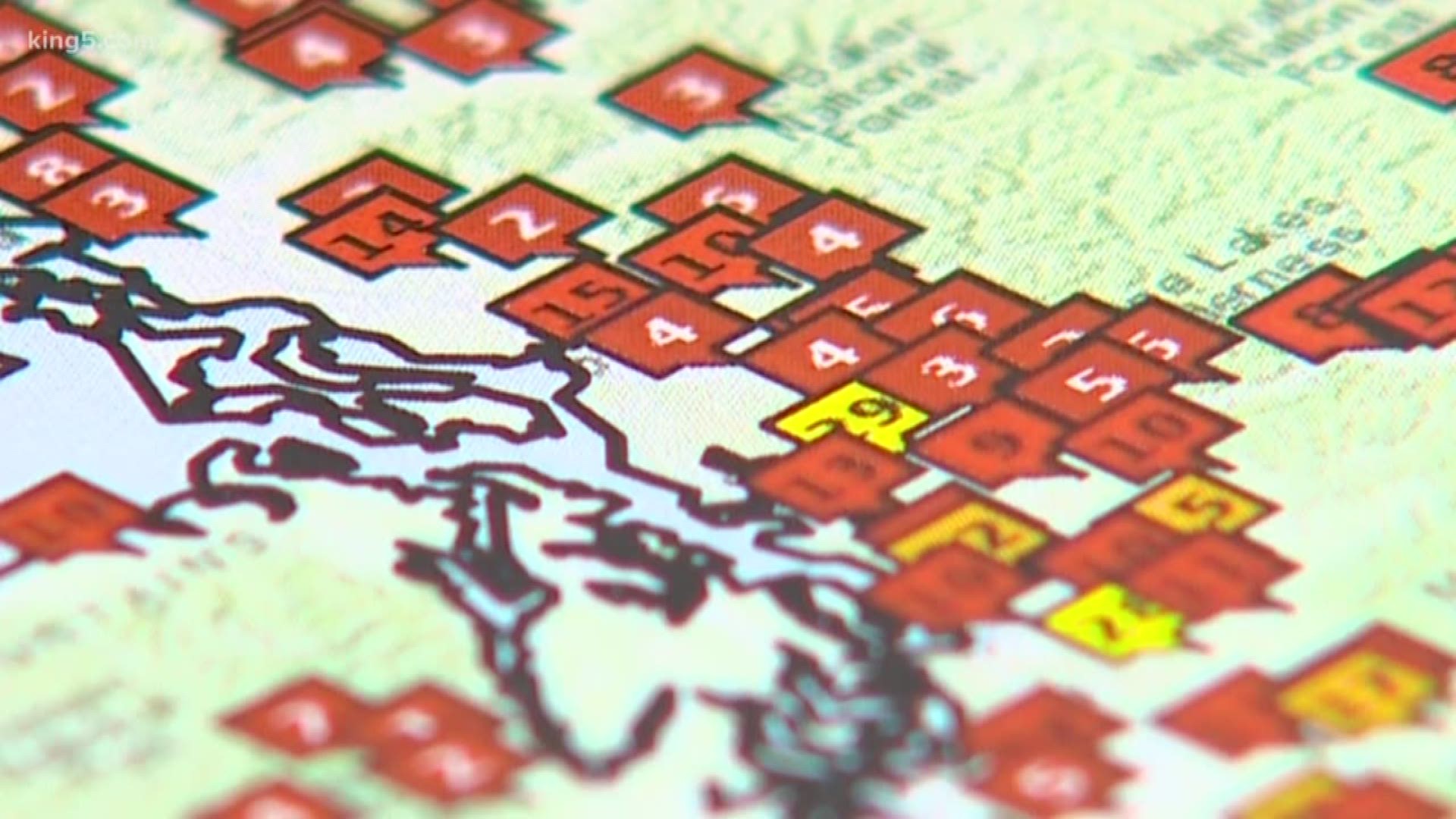 LACEY, Wash. — The Pacific Ocean side of the Olympic Peninsula is known for its rain forests, and as one of the wettest places on earth. However, the Washington state Department of Ecology says 2019 is on track to be the third driest on record since those records began.

Overall, the Department of Ecology found the state is in its 13th driest season.

One of the indicators of the health of the summer is snow pack, and this map shows where the amount of water in the remaining snow stands.

A warm May whacked away at what had been a good snow pack. The 95 degree temperatures at Sea-Tac Airport this week also did a lot to melt the remaining snow in the mountains.

We often refer to this month as "June gloom," and "Junuary" when it seems the weather goes back into the tank before the sun and warm temperatures come out to stay once we get into July.

"This was a bad week for snow pack," said Jeff Marti, who is the state's Drought Coordinator under Ecology's Water Resources Program.  He said it simply hasn't rained enough.

The state's water situation is somewhat flipped from previous droughts. It's not just the western edge of the peninsula which is seeing conditions well below normal. The southeastern portion of the state is actually seeing wetter conditions that any farmer would be happy to have for his wheat crop.

Drought as defined in the state of Washington depends on two conditions: both hydrological and whether those conditions or expected conditions will create a hardship for farmers, or even allow you to water your lawn.

The zones in the county map are not based on county boundaries, but on river drainages. Currently there are 20 considered in drought on both sides of the state. The three that are in pink are the three counties originally declared drought areas. The 24 others, mostly on the west side, were added on May 20th. This drought map is still considered current.

So why are the populated areas not included as drought zones?

Marti said it's because the water utilities are considered more robust, with bigger reservoirs and other infrastructure. In many other places the local water systems depend on running rivers and small reservoirs, and in many of those cases those rivers are at their lowest levels in 70 years.

For more on drought, including how you can report on drought conditions yourself, check out this link to the Washington Department of Ecology.