The FAA is testing equipment across the country to protect airplanes and airports from drones. 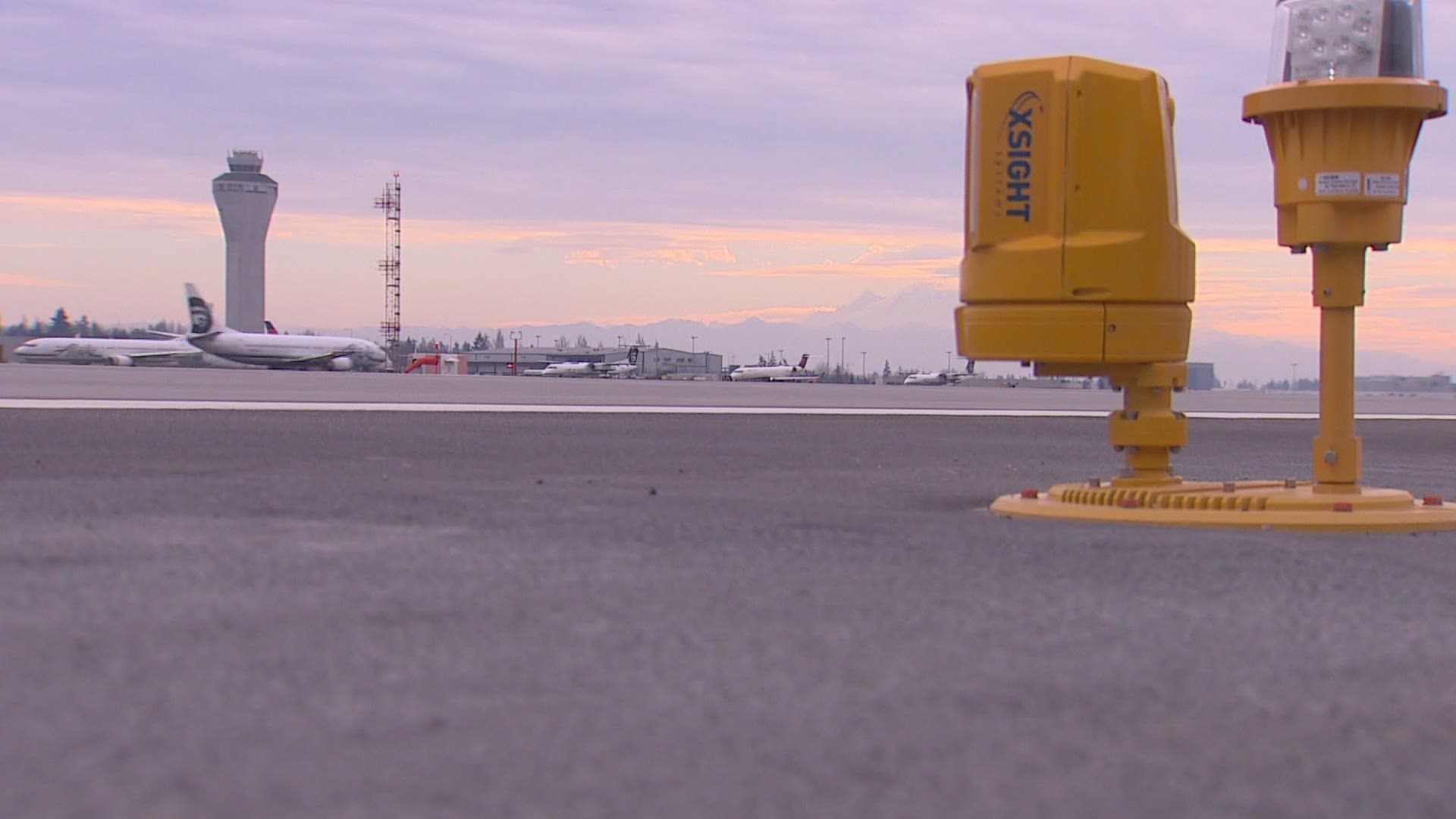 The Federal Aviation Administration this week named Seattle-Tacoma International Airport as one of five airports nationwide to help it develop drone detection and mitigation equipment.

Drones can pose a danger to planes, both in the air and on the ground. It is an issue that's not uncommon at Sea-Tac, where pilots report seeing five to six drones a year flying close to planes. Just over a year ago, a drone landed on one of Sea-Tac's runways.

“Our concern is protecting our approach zones, landing zones,  anywhere around the airport actually,” Coates said.

When the FAA sought out airports willing to help it design drone mitigation technology, Coates says Sea-Tac was happy to apply. The airport is already a leader in using detection technologies, including avian radar to tracks birds and using FOD — Foreign Object Debris — Detect.

FOD Detect found the drone on the center runway. The system constantly scans the runway with multiple sensors spotted at regular intervals.  It also spots birds, but the system's main function is finding and alerting operations staff of debris such as nuts and bolts on the runway which could be sucked up into an engine.

FOD Detect is also slated for Sea-Tac’s other runways over the next several years.

“Sea-Tac has a rich history in innovation,” Coates added. He also cited the region’s status as a center for high-tech research.

The FAA regulates drones, technically referred to as Unmanned Aerial Systems, or UAS. They can range from toys or near toys, to large unmanned airplanes flown by the military.

To the FAA, they are all aircraft. The 5-inch drone found on the runway in 2019 was likely a Christmas present, Coates said.

Credit: KING
A drone was found on the runway at Seattle-Tacoma International Airport on Dec. 26, 2019.

It was likely flown by someone with no idea that flying even within miles of an airport would be illegal without a UAS license and specific permission.

Flying a drone over a runway, the approaches and other places would be illegal under virtually any circumstance without specific permission from the FAA. Getting permission can take weeks.

The FAA, says there are currently 868 thousand registered drones in the U.S. That does not include drones that are not registered. Tiny drones under a certain weight do not have to be registered. The agency says the number of drones is only expected to grow.