There is a sense of uneasiness in Renton over the recent crash in Ethiopia and global groundings of the 737 MAX 8 jets. 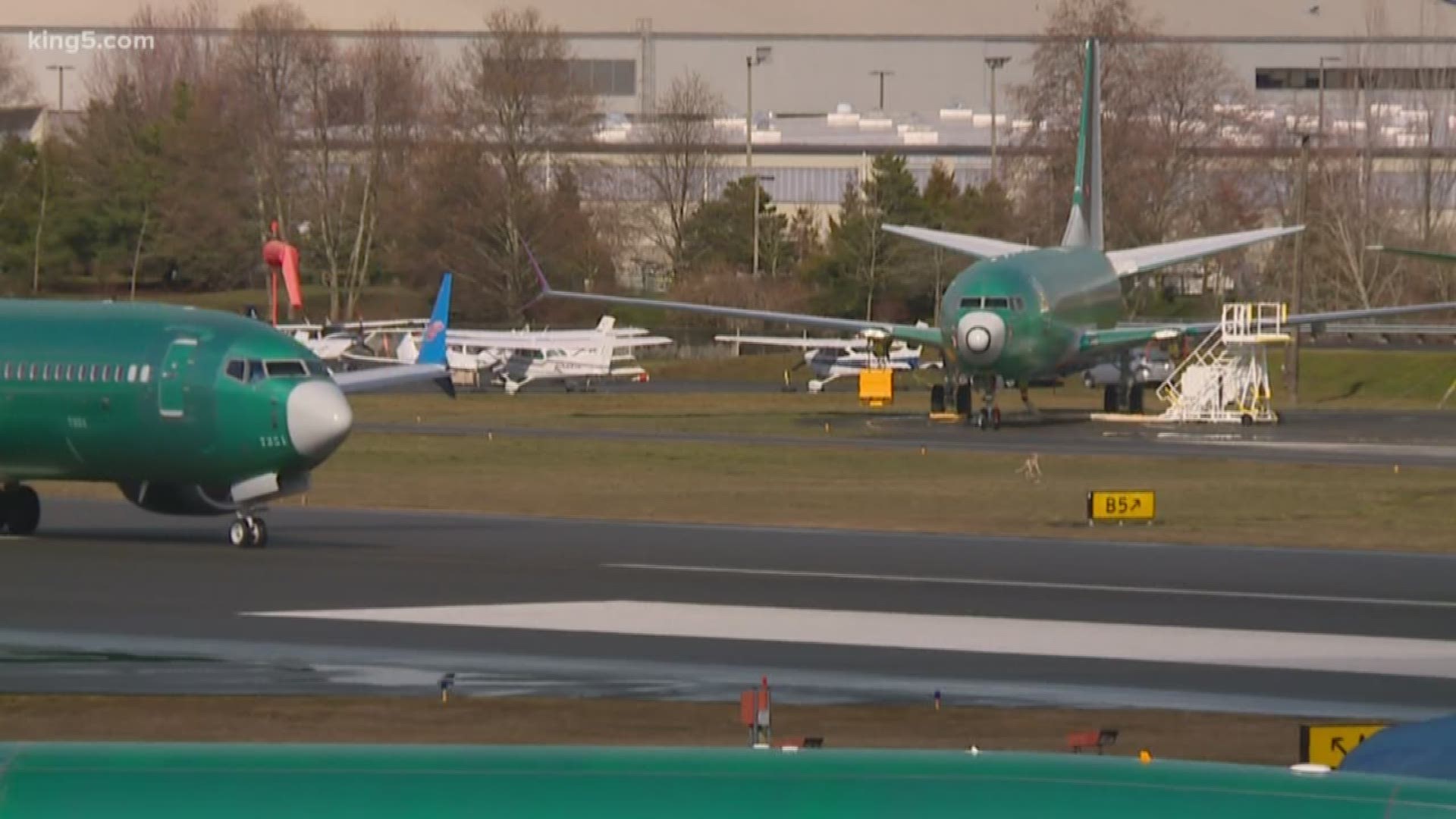 RENTON, Wash. — There is a sense of uneasiness in Renton about the recent Boeing 737 MAX 8 crash in Ethiopia and the global groundings of the aircraft model. Employees and others who depend on Boeing wonder what it all means for a city so tied to worldwide demand for the 737.

“The whole event is just heartbreaking,” said Brooke Britten, a server at Tommy's Café, which sits at the south end of Renton Municipal Airport, where Boeing has assembled the 737 since 1970.

Many of Britten’s customers are Boeing employees. Tommy’s even considered changing its hours to accommodate workers clocking out before sunrise.

“Boeing is a huge part of not just Renton, but Seattle - the entire area - so if anything bad were to happen to Boeing we would feel it, definitely,” Britten said.

VERIFY: Fact-checking claims made about the Boeing 737 Max 8

Boeing said it provides 12,000 jobs in the Renton area. But scores of others in the region, in restaurants and retail, also depend on healthy demand for Boeing's planes.

“We're very dependent,” said Catherine Hagerup, who works at Wide Shoes Only, a shop right across from the runway. They sell plenty of shoes to Boeing employees.

Hagerup said she isn't yet drawing any conclusions about what the Ethiopia crash means for her city.

“I'm not nervous, yet. It's a tragedy that happened, but I think they're checking it out, I'd like to hear more details before I make an opinion,” she said.

“It kind of hurts, kind of an ‘ouch,’” said Cliff Houston, who worked at Boeing decades ago.

He stopped by a viewing area where a few 737 MAX 8 planes were taking test flights.

“I'd think twice before I'd book a flight on one. I'd double check with the airlines to see what plane it was,” Houston said.

The City of Renton has worked to diversify its economy beyond aerospace in recent years. A new commercial development on the south shore of Lake Washington aims to attract tech companies, which could add thousands of employees to the local workforce.

The city has grown the overall percentage of jobs in high-tech and healthcare over the past ten years, according to city spokesperson Preeti Shridhar.

But the economy still orbits around the 737.

“Boeing continues to be our largest employer and has a long history of providing quality jobs in our community,” Shridhar said.

RELATED: Pilots have reported issues in US with new Boeing jet on at least two flights