Boeing cancelled a scheduled conference call Tuesday with concerned pilots who fly the 737 MAX. But pilots say they want to be involved in a discussion about a new – and little known – flight control system that was involved in last month's fatal Indonesia crash. 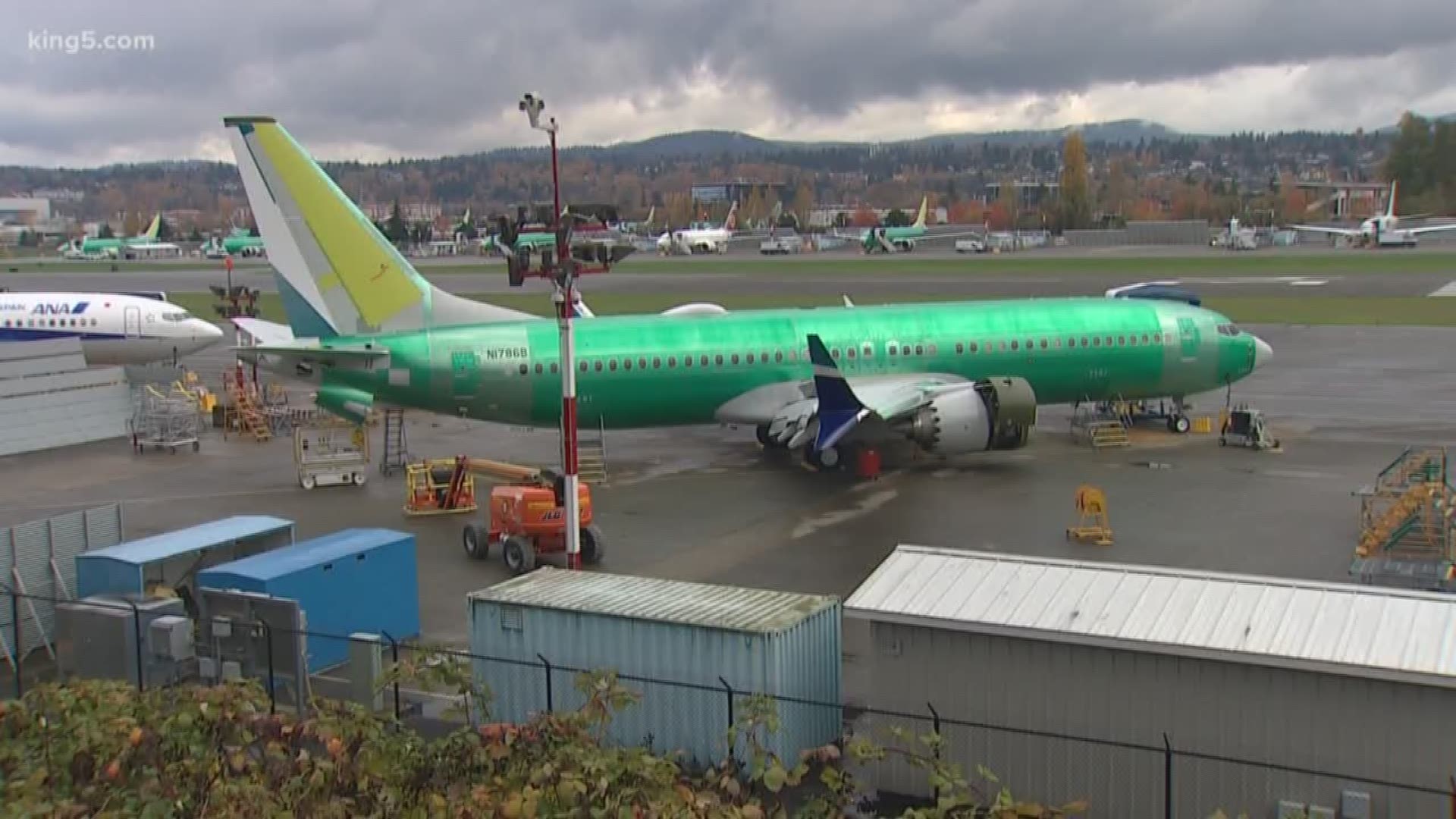 The Boeing Company and some pilots who fly the new 737 MAX in the United States continue to disagree on what was included in flight manuals when it came to a new maneuvering characteristics augmentation system (MCAS). The system exists on the MAX, but not on previous generations of Boeing’s popular 737 jet.

The company has found itself in the midst of an investigation into the crash of a two-month-old Lion Air 737 MAX on October 29, which appeared to dive into the Java Sea off Indonesia with the loss of 189 lives.

Boeing issued a bulletin to MAX operators followed by an FAA emergency airworthiness directive, but now the company and its most popular plane have found itself in conflict with some pilots who fly the MAX for U.S. airlines, including American, Southwest, and United.

Boeing CEO Dennis Muilenburg told employees Tuesday that the 737 is a safe airplane. He also addressed media reports on what was or was not in flight manuals used to guide and update training for new technologies on the jet, including MCAS.

“…you may have seen media reports that we intentionally withheld information about airplane functionality from our customers. That’s simply untrue,” Muilenburg wrote in a letter to employees. “The relevant function is described in the Flight Crew Operations Manual, and we routinely engage customers about how to operate our airplanes safely.”

Pilots who fly the 737 have what’s known as a “type rating,” meaning they are trained and qualified to fly any 737. That does not mean that there isn’t any additional training to fly the MAX from the previous generation known as the NG, which includes popular workhorse jets such as the 737-700, 737-800, and 900 series. Among other things, the MAX has different engines, a taller nose gear, fly-by-wire spoilers to help slow the plane down, and differences in how it’s started. There are also changes in some handling characteristics.

MCAS doesn’t appear to be regarded as a major change but ran in the background, coupling existing systems together in an automated fashion to prevent the plane from accidentally entering a dangerous stall. If the system notices that angle of attack (AOA) indicators say the nose is pitching up at a dangerous angle relative to air flow, it will automatically cause the plane’s horizontal stabilizer in the back of the plane to also angle up, which has the effect of forcing the nose down.

But Boeing had warned pilots and the FAA through its airworthiness directive that an erroneous signal from the AOA could cause the horizontal stabilizer to angle itself up in normal flight and put the plane into a dive. Is that what happened in Indonesia? We do not know yet. The flight data recorder has been recovered showing what the plane did, but the cockpit voice recorder telling investigators what the pilots may have been saying is still lost.

Dealing with an unintentionally moving horizontal stabilizer is a common and easily corrected condition, pilots say. It’s something called “runaway trim.” They train for it. The trim can be turned off completely by throwing two switches on the central console.

But pilots say they and their companies didn’t know about the existence of MCAS and a potential surprise they weren’t expecting or trained for.

In response to the FAA’s airworthiness directive on November 10, Captain Mike Michaelis, chair of the safety committee for the Allied Pilots Association, which represents pilots at American Airlines, wrote of MCAS, “It is not in the AA 737 Manual Part 2, nor is there a description in the Boeing (Flight Crew Operating Manual). It will be very soon.”

“(We) never had anything on MCAS until this incident,” Captain Dennis Tajer, an American Airlines MAX pilot and spokesman for the Allied Pilots Association, said.

Now that the pilots know about the system and to apply a similar technique to deal with any runaway trim condition, he’s confident pilots can continue to fly safely.

But he also wants the pilots’ union to be included in ongoing discussions and conference calls on the issue.

“We’re looking forward to formal invitations from Boeing and American Airlines for those types of meetings,” he said.