Two planes were illuminated with lasers on Friday near Olympia and Seattle. A third plane with hit with a laser Sunday near Sea-Tac. 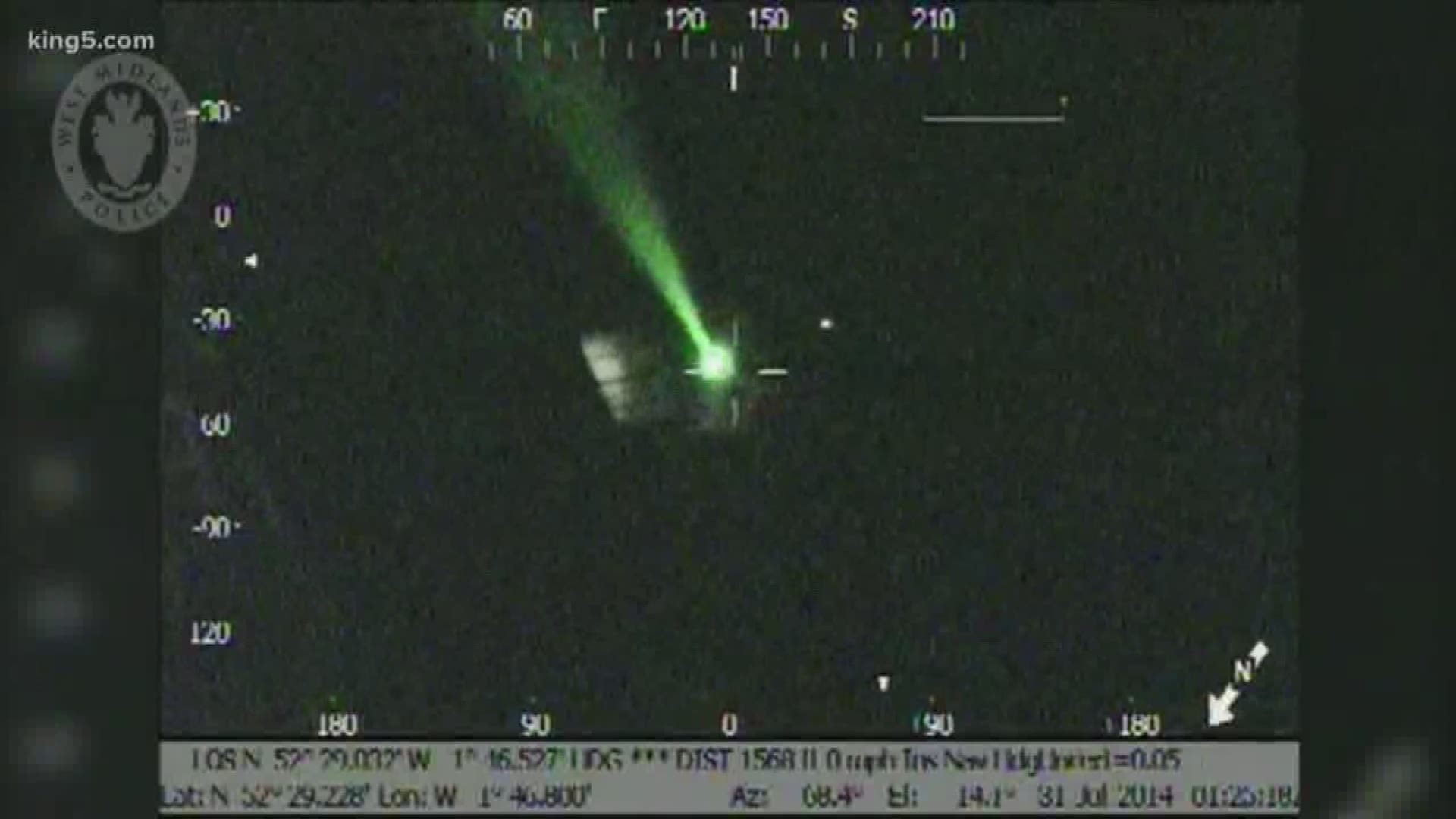 SEATTLE — Three Boeing airplanes were struck by laser beams while traveling through western Washington over a two-day period.

A Boeing 737 that was traveling from Kauai, Hawaii to Sea-Tac Airport was illuminated with a green and white laser Friday about 8 p.m., according to FAA spokesperson Allen Kenitzer. The jet was traveling about 18 miles south of Olympia when it was hit.

A Boeing 737-800 that was traveling from Salt Lake City to Sea-Tac was struck by a blue laser on the right side of the plane Friday about 11:30 p.m., according to Kenitzer. That plane was traveling westbound about 13 miles southeast of Seattle when it was illuminated.

On Sunday night, a Boeing B737-900 was illuminated with a blue laser on its left side about 7:30 p.m. The aircraft was traveling about 16 miles southeast of Sea-Tac when it was hit.

There were no injuries reported in all three incidents, and local authorities were notified, according to Kenitzer.