Travel lag during pandemic speeds up construction at Sea-Tac Airport

The coronavirus pandemic brought airline travel to a screeching halt in 2020, but it ended up helping crews finish projects at Sea-Tac Airport ahead of schedule. 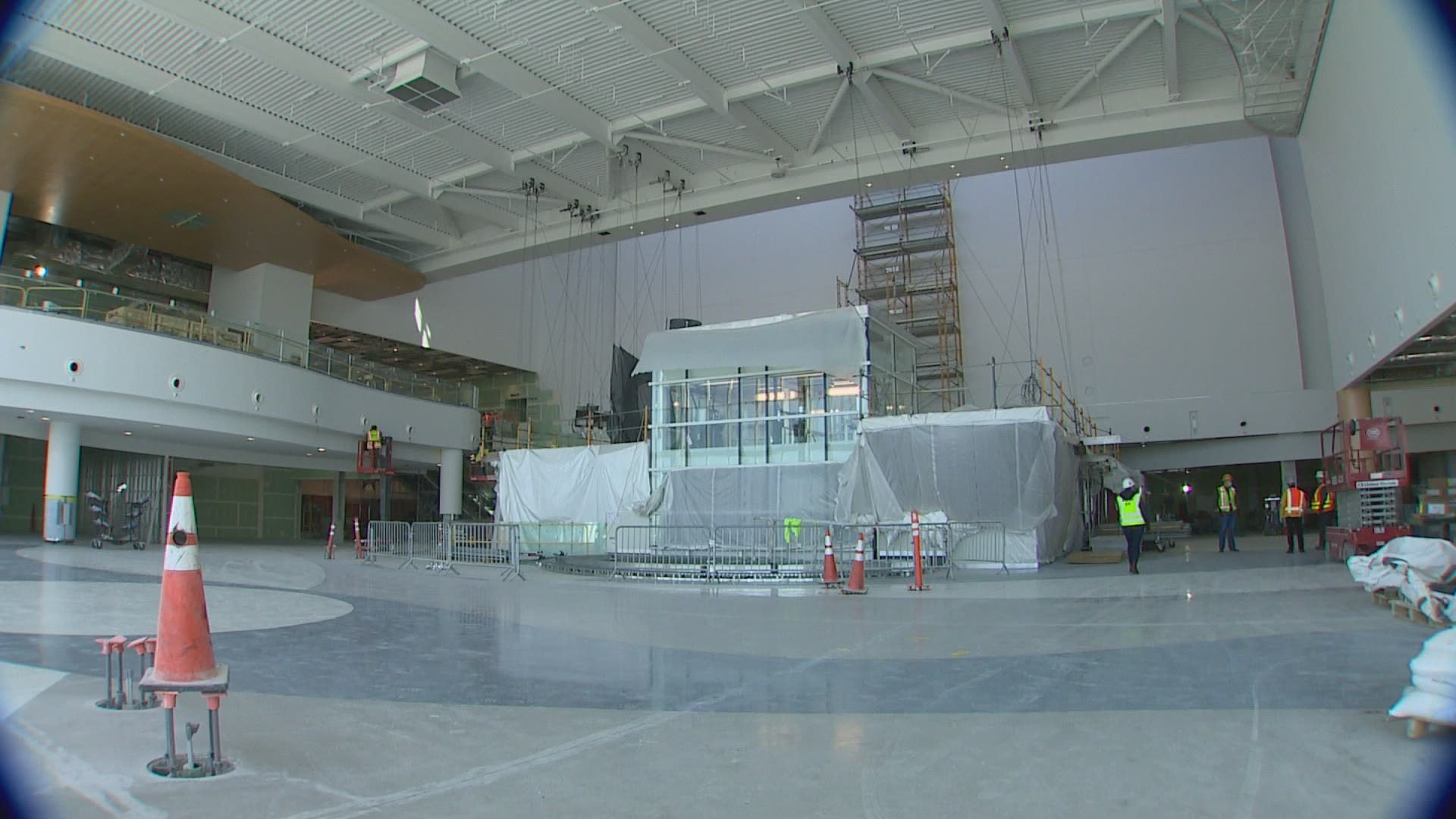 SEATAC, Wash. — Economies across the world were disrupted when the coronavirus pandemic hit last spring. No place was that clearer than in aviation, which came to a near standstill, and international flying is only now beginning to recover after a year.

But in all those dark clouds, there are some silver linings, including at Sea-Tac International Airport. The massive NorthStar project, the expansion and rebuilding of the North Satellite Terminal, is expected to be finished two months ahead of schedule and millions under budget.

"We’ve been working this problem on NorthStar since 2017, and low and behold, COVID came and actually presented a solution for us," said Ken Warren, who is the project manager for the Port of Seattle.

Before the pandemic hit, Sea-Tac had never been busier. The airport took the title as the fastest-growing airport in the nation for several years in the most recent decade, and before coronavirus, it had become the eighth busiest in the U.S.

What makes construction difficult in a busy airport is working around large volumes of passengers and ramps busy with planes. But with a near halt in travel last year, construction crews were able to accelerate their timelines.

Major paving projects were moved up by three years near the South Satellite because of fewer planes in an area that was traditionally one of the busiest spots on the airfield, according to Program Manager Chris Coulter.

Fewer planes also helped crews maneuver the massive skybridge between the South Satellite and the new International Arrivals Facility (IAF) between the end of concourse A and the airport drive. Officials said that for 45 days they could block planes from taxiing underneath the skybridge, allowing contractors to finish installing exterior panels.

Overall, the IAF should have opened last year, officials said, but it was delayed until this summer due to a complex set of reasons not related to the pandemic.