Southwest Airlines, Boeing in talks over compensation for 737 Max grounding

Losing about 5% of its fleet to the Boeing 737 Max grounding, Southwest Airlines says its costs are rising. 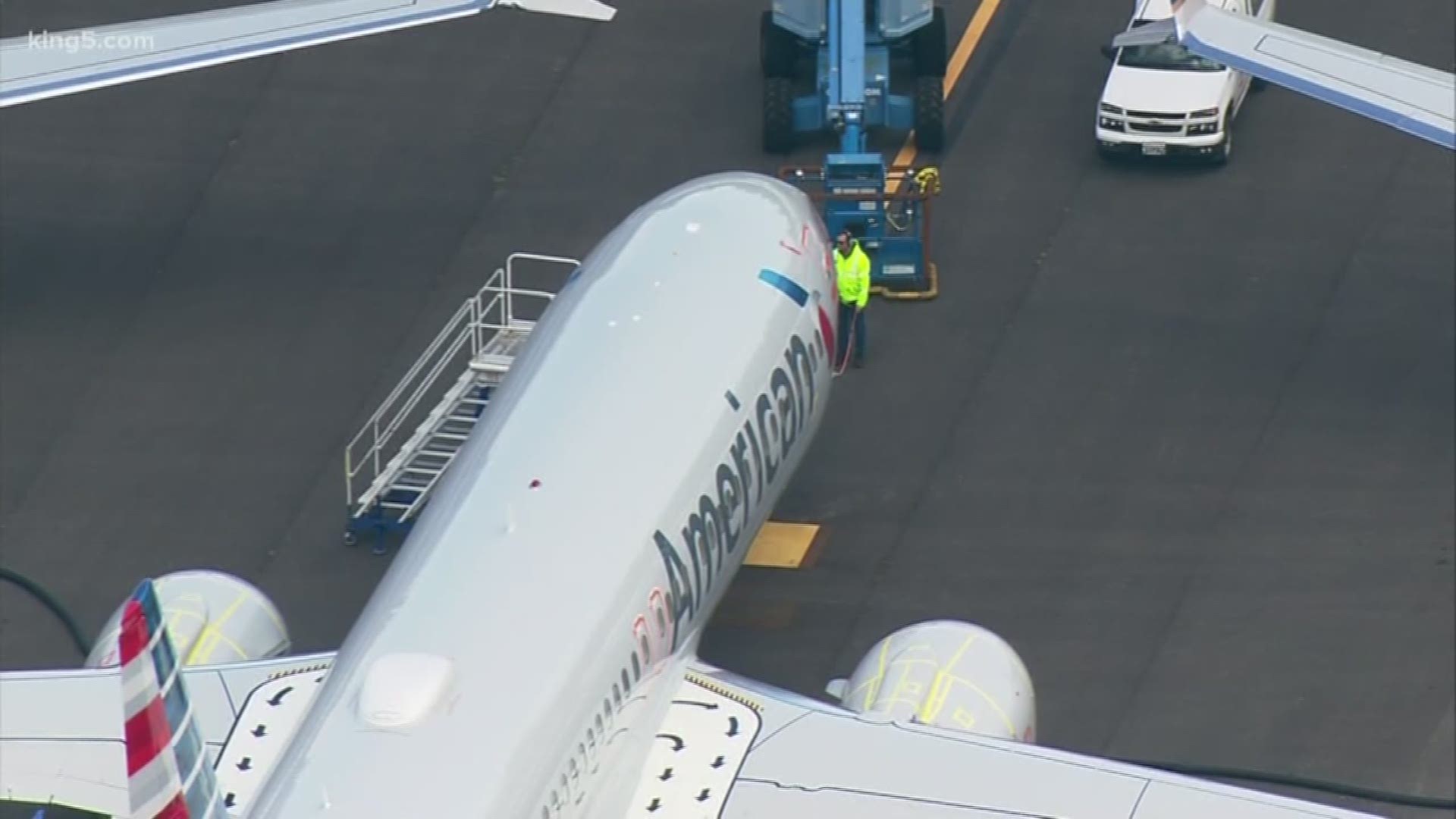 Southwest Airlines doesn't expect to use Boeing 737 Max jets until January, and it is talking to Boeing about compensation for the grounding, which the airline says cost it $175 million in the second quarter.

The loss of about 5% of its fleet is causing Southwest to take the unusual step of shrinking rather than growing its passenger-carrying capacity. And it said Thursday it will shut down operations at Newark Liberty International Airport in November and consolidate the service at New York's LaGuardia Airport.

The grounding is also adding to rising costs at Southwest, which reported that second-quarter profit rose a mere 1% from a year ago, to $741 million.

Still, the results were slightly better than analysts expected. Brisk demand for travel translated into fewer empty seats than ever before, and Southwest said it expects revenue to remain strong through September.

RELATED: Boeing may shut down 737 Max production in Renton

Shares fell, however, in trading before the market opened.

Southwest, the fourth-biggest U.S. airline by revenue, had more Boeing Max jets than any other airline when the plane was grounded in March after two accidents killed 346 people. With 5% of its fleet sitting on the ground, the Dallas-based airline canceled 20,000 flights in the quarter, although not all were due to the Max.

"We have had preliminary discussions with Boeing regarding compensation for damages due to the MAX groundings," Chairman and CEO Gary Kelly said in a statement. "We have not reached any conclusions regarding these matters, and no amounts from Boeing have been included in our second quarter results."

Boeing said this week that it expects the Max to resume flying around October. It is working to fix flight-control software on the plane, and expects to submit its final changes to federal regulators in September.

Southwest said it will take one to two months to conduct pilot retraining and other requirements imposed by the Federal Aviation Administration, and so it has removed the Max from its schedule through Jan. 5 — after the busy holiday travel period.

Southwest had 34 Max jets out of its fleet of about 750 planes when the jet was grounded. Without those planes plus others that it expected to receive this year, the airline has delayed retiring some other aircraft but still expects its passenger-carrying capacity for all of 2019 to fall about 1% to 2% below 2018.

The second quarter profit was $8 million higher than a year ago. On a per-share basis, the Dallas-based company said it earned $1.37, which was 2 cents higher than the average forecast from 10 analysts surveyed by Zacks Investment Research.

Revenue was $5.91 billion, slightly below the analysts' average forecast.