Families of passengers who died in one of the Boeing 737 Max crashes lobbied to slow what they consider a rush to let the plane fly again. 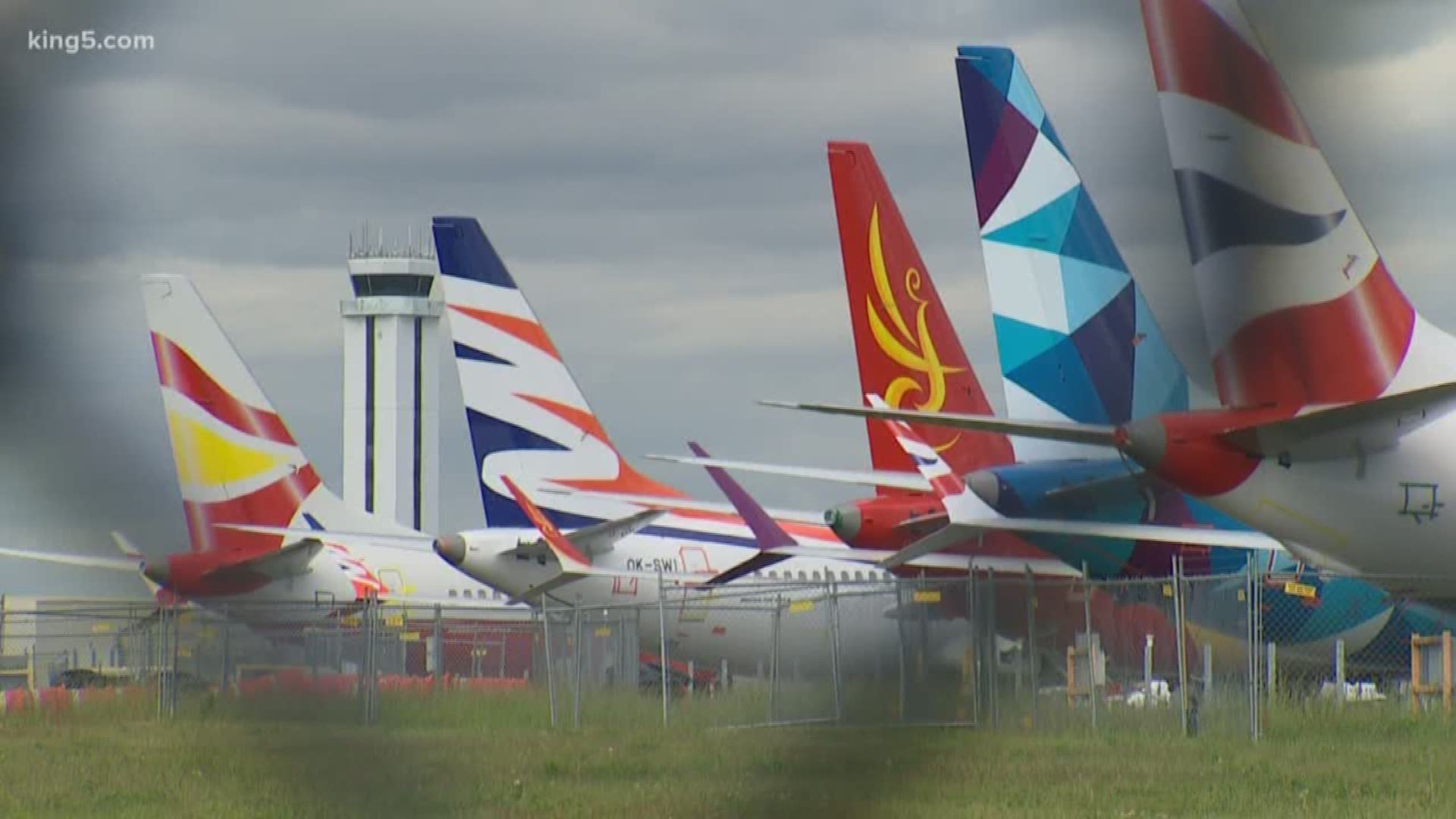 Families of the passengers who died in one of the Boeing 737 Max crashes lobbied Transportation Secretary Elaine Chao on Tuesday to slow what they consider a rush to let the plane fly again.

Two of the relatives who took part in the two-hour meeting in Washington said Chao promised that the government will take as long as necessary to ensure that the plane is safe but stopped short of agreeing to an entirely new, top-to-bottom review.

A spokesman for Chao said the department and the Federal Aviation Administration have taken unprecedented steps to understand the accidents and the FAA's certification of the plane in 2017. One of those steps, he said, included Chao's appointment of a special committee to review the FAA's process of certifying planes.

After the meeting, several dozen relatives held a vigil on the steps of the Transportation Department headquarters to mark the six-month anniversary of the crash of Ethiopian Airlines flight 302.

They carried pictures of many of the 157 people who died. Another 189 died in the October 2018 crash of a Max jet operated by Indonesia's Lion Air.

Separately, Boeing disclosed Tuesday that it delivered just 18 airliners in August, putting the company on pace for its worst showing since 2013. With Max deliveries halted since March, Boeing gave customers 276 planes through August, down from 481 in the same period last year.

Chicago-based Boeing has said it expects FAA approval for the Max to fly again early in the fourth quarter. U.S. airlines don't expect to use the plane until at least December, and the wait could be longer in other countries because of signs that international regulators will take a slower approach than FAA.

A group of 11 family members asked Chao to direct the FAA to conduct a completely new review of the Max instead of mainly examining changes Boeing made to flight-control software called MCAS, which was implicated in both crashes. FAA is part of her department.

RELATED: FAA puts out a call for pilots to test changes in Boeing 737 MAX jet

Chao did not commit to full re-certification but said the FAA will wait for recommendations from a technical review board before it lets the plane fly, according to a department spokesman. The department is also being advised by a review panel that includes international regulators and by the special committee that Chao appointed, but the FAA won't wait for those reports before deciding whether to approve the Max for flight, the spokesman said.

Michael Stumo, whose daughter Samya died in the Ethiopian crash, said those panels and foreign regulators "can go far beyond just reviewing MCAS. Time will tell, but we were encouraged by the meeting."

European officials have said they will insist on test flights during extreme maneuvers — both with Boeing's new software and with MCAS turned off — to judge the stability of the plane.

The families also want pilots to train on flight simulators before airlines can resume using the plane. Boeing, which wants to avoid further delays, believes that computer training is adequate for now, with simulator sessions later.

For about half the meeting, Chao and several deputies listened to family members describe the passengers who died in the Ethiopian crash.

"It was very emotional," said Paul Njoroge, whose wife, three young children and mother-in-law died in the crash. The family members described their losses "and how their life has been ever since the crash," he said.

The relatives are planning their next steps.

"We are not going to away until the correct processes are being followed in ungrounding the plane, if it's ever ungrounded," Njoroge said.