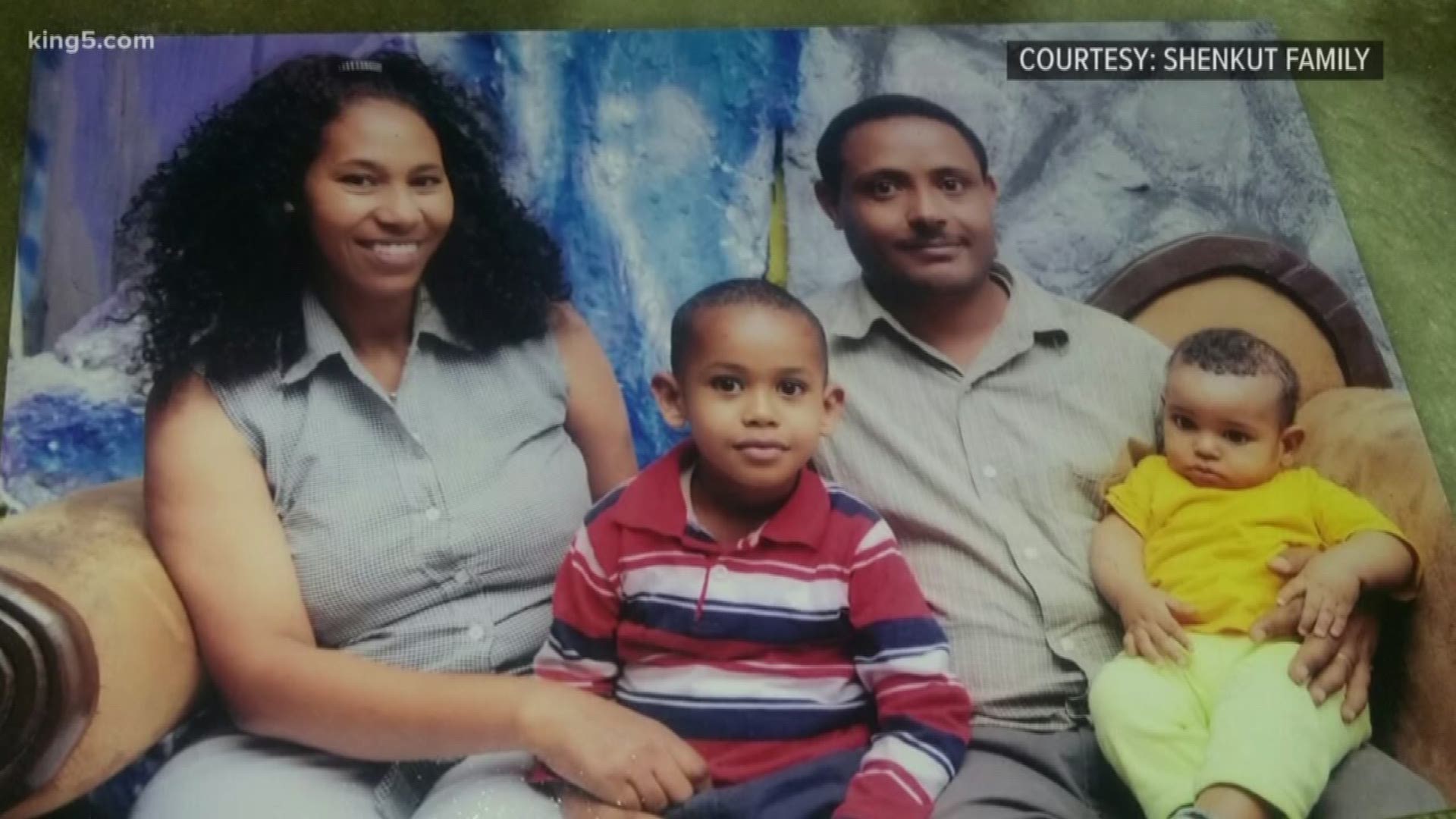 SEATTLE — Family members of a victim of the Ethiopian Airlines Boeing 737 Max crash filed a lawsuit against the aircraft manufacturer and are preparing to sue the FAA, alleging a conspiracy between federal regulators and the company it was supposed to scrutinize.

Mulugeta Asfaw Shenkut, 48, was among 157 people who died when a 737 Max 8 crashed minutes after takeoff in Addis Ababa, Ethiopia in March.

His brother and brother-in-law spoke with reporters at their lawyers’ office in Seattle on Monday.

“I miss him so much. I wish that there was something that I could have done,” said Zekarias Shenkut, Mulugeta Asfaw Shenkut's brother.

Mulugeta Asfaw Shenkut was working on clean water projects throughout Africa and was heading out on a business trip when he died, Shenkut said. He left behind a wife and three children.

“You know they have a lot of questions, these kids, none of us are able to answer,” Zekarias Shenkut said.

Sintayehu Wondmsigegn, Mulugeta Asfaw Shenkut’s brother-in-law who lives in Blaine, filed a lawsuit against Boeing in June, alleging the company made and sold a product that was not safe.

The lawsuit also alleges a civil conspiracy between Boeing and the FAA during the certification process.

Shenkut’s family filed a claim against the FAA this week, seeking hundreds of millions of dollars for personal injury and wrongful death. The claim is a first step toward filing a lawsuit against the FAA.

The Ethiopian accident was caused by violations of several FAA regulations, the claim alleges.

Last week, Boeing announced it dedicated $50 million of $100 million pledged to help families of the crash victims. Shenkut’s family and lawyers said they had not yet received an offer of assistance from the company.

Money aside, the Shenkut family said it hoped its legal actions would hold people accountable for their decisions during the design, manufacturing, testing, and certification of the 737 Max, which is assembled in Renton.

“He was killed by a chain of events that were overlooked,” Shenkut said.

During on-camera appearances since the crash, Boeing CEO Dennis Muilenburg apologized to victims’ families for the lives lost in the Max crashes.

Shenkut said he and his relatives question the sincerity of the apologies.

Boeing declined to comment on the lawsuit on Monday.

“We extend our deepest condolences to the families and loved ones of all those onboard Ethiopian Airlines Flight 302 and Lion Air Flight 610. As the investigations continue, Boeing is cooperating fully with the investigating authorities,” the company said in a statement.

The FAA did not respond to requests for comment.