FAA analysis predicted many more 737 Max crashes without a fix

An FAA analysis after the first deadly crash of a Boeing 737 Max predicted there would be more disasters without a fix of a safety system on the jet. 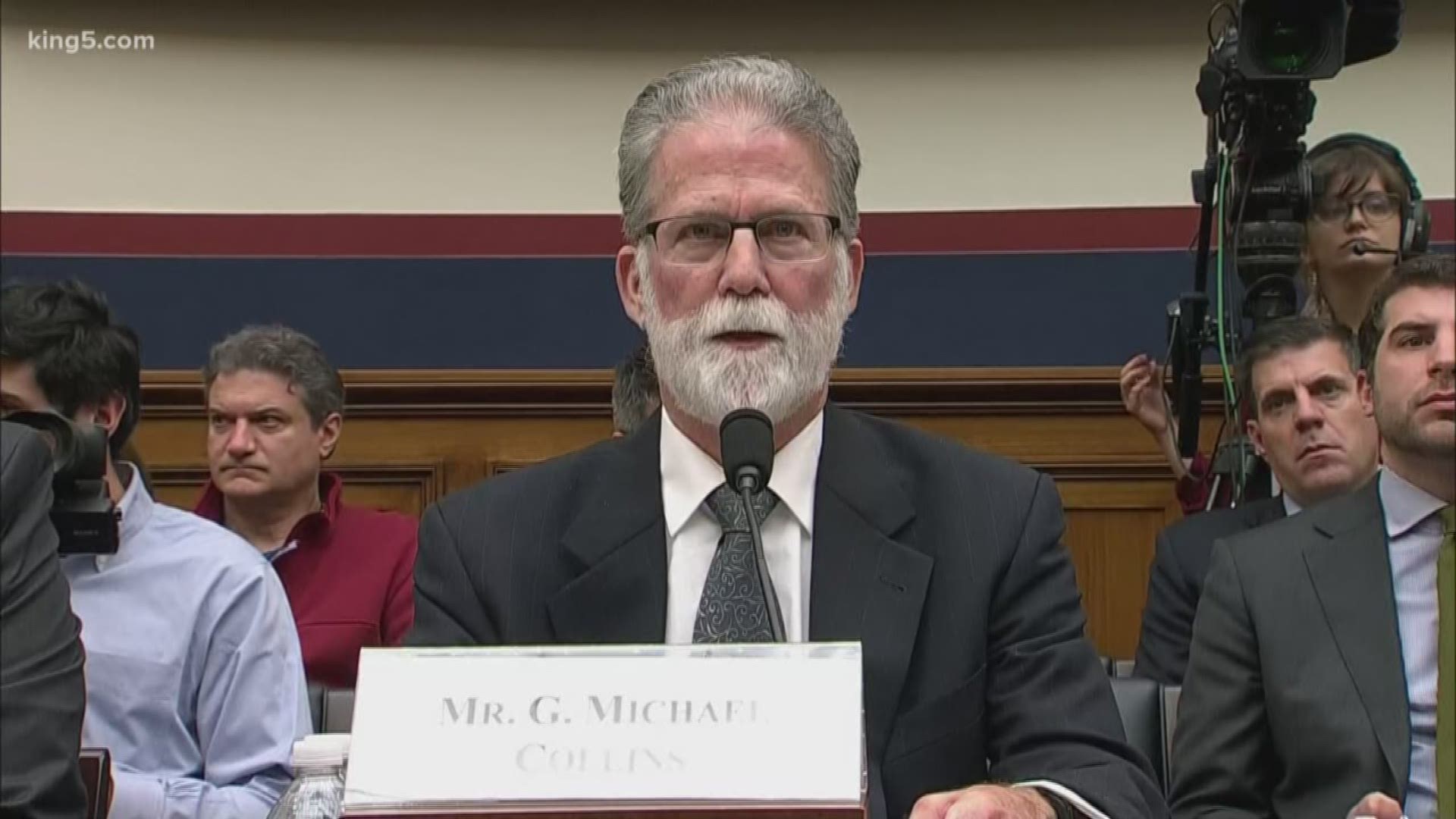 After the first crash of a Boeing 737 Max last year, federal safety officials estimated that there could be 15 more fatal crashes of the Max over the next few decades if Boeing didn't fix a critical automated flight-control system.

Yet the Federal Aviation Administration did not ground the plane until a second deadly crash five months later.

The FAA analysis was disclosed Wednesday during a hearing of the House Transportation Committee, which is investigating the FAA's oversight of Boeing and the Max.

"The FAA rolled the dice on the safety of the traveling public and let the Max continue to fly until Boeing could overhaul its MCAS software," said Peter DeFazio, D-Ore., the chairman of the committee.

MCAS is the name of Boeing's flight-control system that automatically pushed the noses of the doomed planes down in response to faulty readings from a sensor.

FAA Administrator Stephen Dickson declined to call the agency's decision not to immediately ground the plane a mistake. Instead, the FAA and Boeing issued notices reminding pilots how to handle a nose-down pitch of their plane.

"Obviously the result is not satisfactory," Dickson said. "The decision did not achieve the result that it needed to achieve."

The FAA concluded that more than 2,900 people could die in Max crashes over 45 years without the software fix. It  assumed the fleet would eventually grow to 4,800 planes. Fewer than 400 were flying before they were grounded in March, after the second crash.

A Boeing spokesman said the company's response to the first crash was "fully consistent with the FAA's analysis and established process."

Dickson said that as Boeing seeks to return the Max to flying, his agency is controlling the process and won't delegate any of that authority to Boeing.

Dickson defended the safety record of U.S. aviation safety while saying "what we have done in the past and what we are doing now will not be good enough in the future."

A retired Boeing production manager told the lawmakers about "alarming" conditions at Boeing's 737 factory in Renton, where two Max planes that crashed were built.

The manager, Edward Pierson, said the assembly line fell far behind schedule by mid-2018 because of cascading problems that began with late delivery of key parts. There weren't enough mechanics and other workers, he said. Yet Boeing went ahead with its plan to boost production from 47 to 52 planes a month.

"By June 2018, I had grown gravely concerned that Boeing was prioritizing production speed over quality and safety," Pierson said in prepared remarks. "I witnessed a factory in chaos and reported serious concerns about production quality to senior Boeing leadership months before the first crash" and again before the second crash.

Pierson said he told his bosses at Boeing that they should shut down the assembly line to deal with safety and quality-control issues, but no action was taken. Executives didn't mention  the problems in financial reports.

Pierson, who retired last year, said he wrote to Dickson and other officials. He said he has been interviewed by the Justice Department — it is conducting a criminal investigation of Boeing — but the FAA never responded. Earl Lawrence, the FAA's executive director of aircraft certification, said the agency is investigating and has interviewed Renton production workers.

RELATED: 'Influencer' shares details of inside discussions of 737 MAX safety at Boeing

Boeing hopes airlines will be able to use the plane again early next year after the company completes fixes to flight-control software and computers. Dickson has insisted that the FAA has no timetable for granting that approval.

DeFazio praised Dickson's recent comments but was harshly critical of the agency and Boeing.

The FAA "failed to do its job. It failed to provide the regulatory oversight necessary to ensure the safety of the flying public," DeFazio said.

Published reports indicate that FAA officials knew very little about MCAS, which has been implicated in the October 2018 crash of a Max off the coast of Indonesia and the March 2019 crash of another Max in Ethiopia. In both crashes, investigators say, a faulty sensor caused MCAS to push the nose of the plane down and pilots were unable to regain control. In all, 346 people died.

Regulators around the world grounded the plane after the second crash.

Several relatives of passengers who died in the crashes attended Wednesday's hearing, which was likely to focus on allegations that the FAA has been too cozy with Boeing. Lawmakers have questioned the extent to which the FAA deputized Boeing employees to conduct safety analysis of key systems on the Max, including MCAS.

Dickson suggested that FAA will not delegate key review work to Boeing this time.

"The FAA fully controls the approvals process for the flight control systems and is not delegating anything to Boeing," Dickson said in his written testimony. "The FAA will retain authority to issue airworthiness certificates and export certificates of airworthiness for all new 737 Max airplanes manufactured since the grounding."

Dickson said the plane will only return to flying after all safety issues have been addressed and pilots have received enough training to fly the plane safely.