Pilots and airlines met with the Federal Aviation Administration in Washington, D.C., to discuss the safety of the Boeing 737 MAX planes. 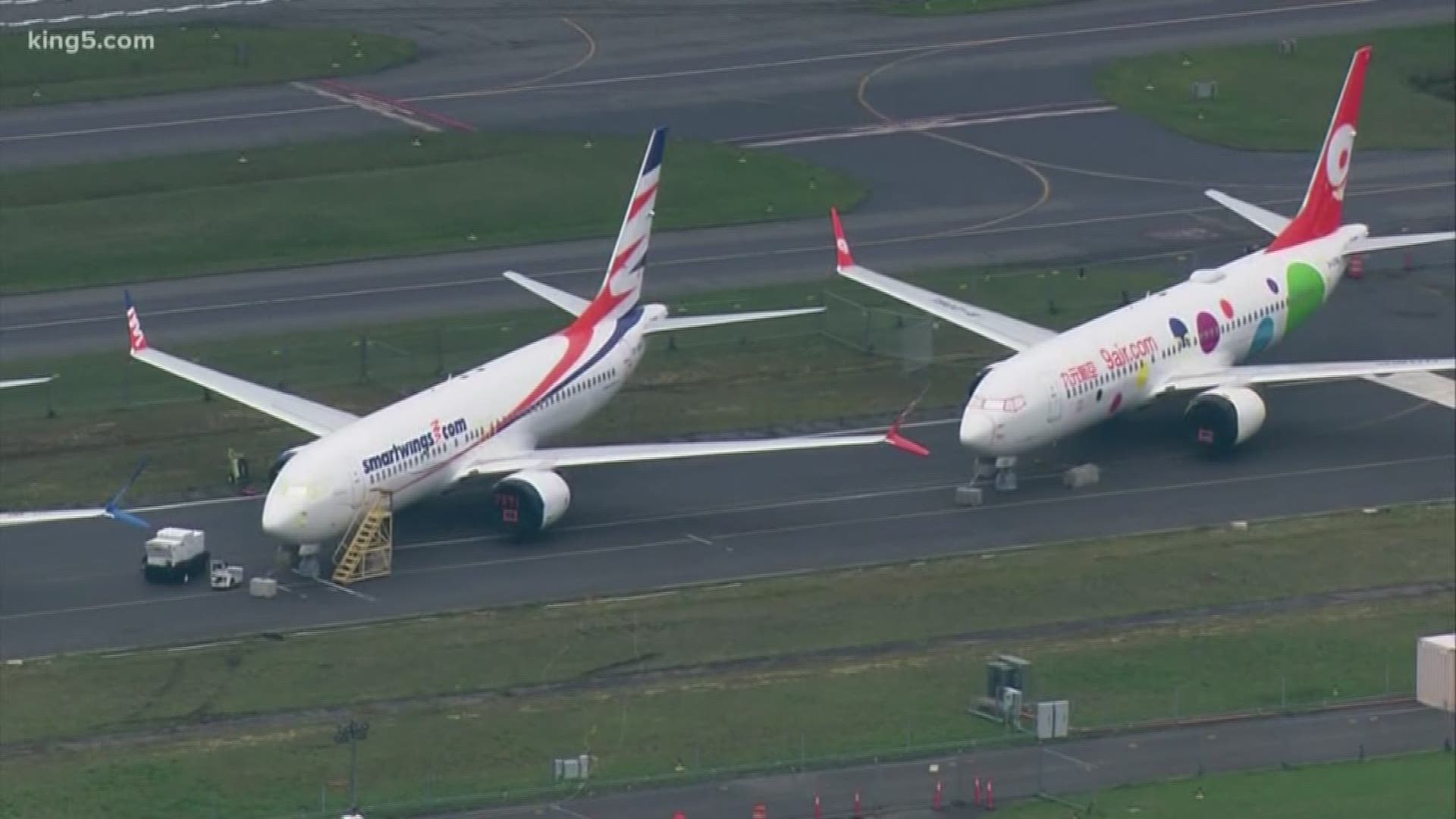 Pilots and the three major US airlines affected by the grounding of Boeing 737 MAX planes met with the Federal Aviation Administration in Washington, D.C.

“We have a pilot confidence issue right now, the aircraft is grounded and so we’ve got to rebuild that,” said Captain Dennis Tajer, an American Airlines 737 MAX pilot and spokesman for the Allied Pilots Association (APA), who was part of today’s FAA meeting.

Pilots and representatives from American, Southwest, and United all attended the meeting.

A statement on the meeting issued by the FAA said there were three major agenda items: “A review of the publicly available preliminary findings of the investigations into the Lion Air and Ethiopian Airlines accidents; an overview of the anticipated software enhancements to the MCAS system; and, an overview of pilot training. Each presentation corresponding to the agenda, delivered by FAA subject matter experts, allowed for an open exchange between all participants.”

The MCAS is a flight control feature, computer software, installed on the 737 MAX jet to prevent the plane from pitching up too steeply causing it to stall, lose lift and potentially crash. However, in the case of both crashes reviewed at the FAA meeting, the MCAS appeared to rely on erroneous data from just one of two sensors on the plane’s nose. That meant instead of bringing a plane back to more level flight, the MCAS system configured the horizontal tail of the airplane to cause the nose of the plane to pitch down toward the Earth repeatedly as pilots struggled to regain control.

The first accident involving Indonesia’s Lion Air happened on October 29th, and a second similar accident happened outside of Ethiopia’s capital on March 10th. A total of 346 passengers and crew were killed in both accidents.

Aviation regulators around the world began grounding the jet after the second crash, with the last being the FAA on March 13th.

Boeing detailed a software fix to pilots, airline executives, and regulators in Renton on March 21st. There was hope that the final package would go off to the FAA for approval and that might take a few weeks. But so far the FAA has not signed off.

A lifting of the grounding order is now expected to drag on for months more.

On Thursday, Southwest Airlines which has more than 30 MAX jets parked, announced that it was adapting its schedule to go without the planes through at least August 5th.

Captain Tajer continued to express skepticism that Boeing’s plans for a computer training course on the MCAS system learned on an iPad was adequate. He said a decision has not been made by the APA to request training in simulators, though he said pilot training is critical going forward.

"We have taken our watches off and we’ve placed the calendars in the drawer,” said Tajer. “This is about getting it right.”

Tajer indicated it could take significant time before pilots are comfortable enough with Boeing’s fix and the FAA’s sign off to take the 737 MAX back into the air.

The FAA released the following statement on the meeting:

"In his opening remarks, Elwell characterized the meeting as a listening session for the FAA to hear from the participants for a fuller understanding of the safety issues presented by the Boeing 737 MAX. Elwell said that he wanted to know what operators and pilots of the 737 MAX think as the agency evaluates what needs to be done before the FAA makes a decision to return the aircraft to service. Elwell emphasized that the same level of transparency, dialog, and all available tools that have created aviation’s incomparable safety record also will apply to the FAA’s ongoing review of the aircraft’s return to service. Elwell said that the participant’s operational perspective is critical input as the agency welcomes scrutiny on how it can do better. As the meeting concluded, Elwell committed to the participants that the agency values transparency on its works toward the FAA’s decisions related to the aircraft."