Key FAA officials will train in a full motion 737 MAX simulator before the flight, to mimic the training that all MAX pilots would take before flying the jet. 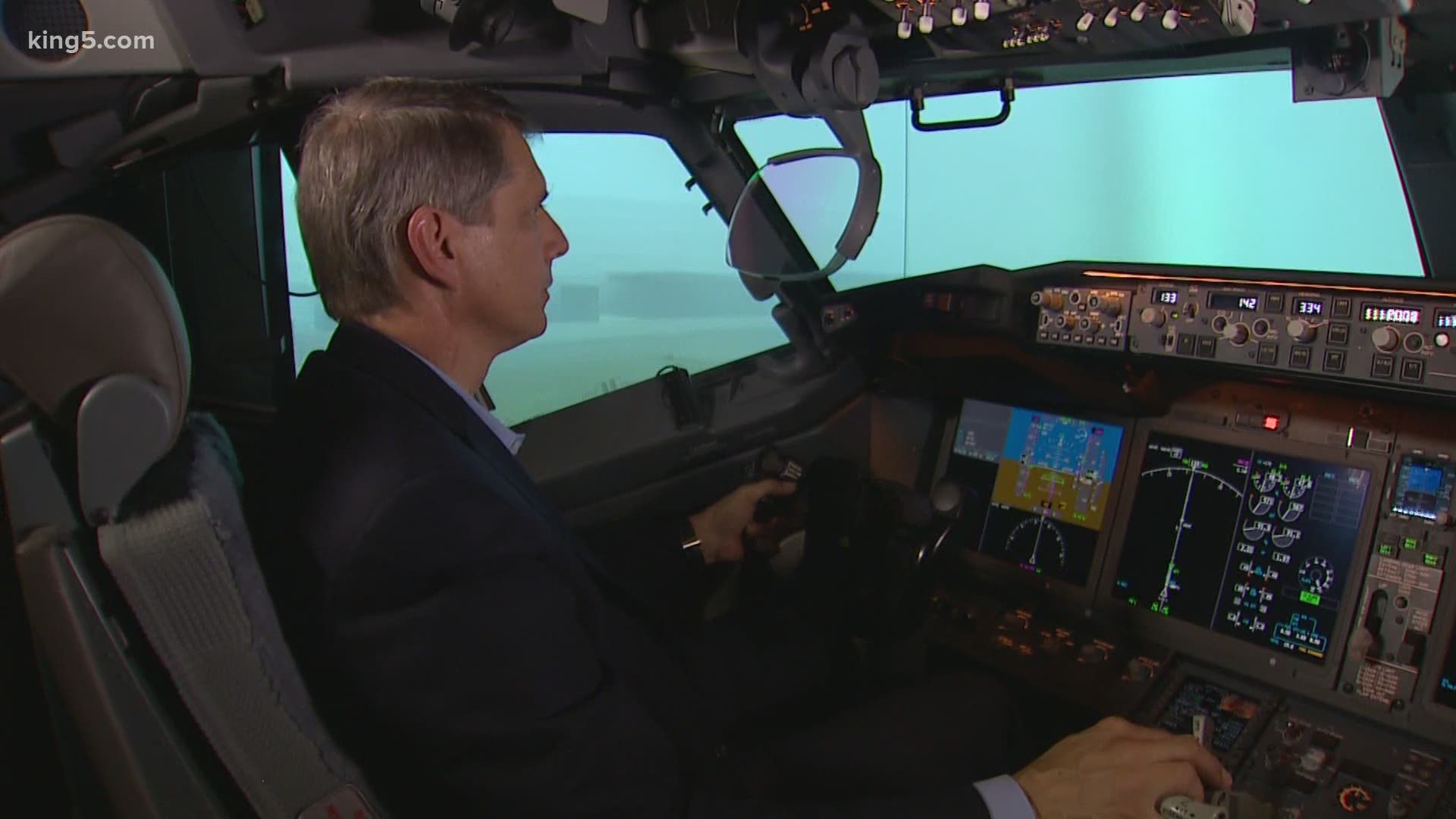 Before the grounding of Boeing's 737 MAX is lifted, Federal Aviation Administrator Steve Dickson said he would personally fly it. That flight is now scheduled for Wednesday, Sept. 30.

Dickson and Deputy Administrator Dan Elwell, the FAA's top two officials, are both former airline pilots and will train in a full motion 737 MAX flight simulator before the flight, to mimic the training that all MAX pilots would take before flying the jet.

The FAA, along with Transport Canada, the European Aviation Safety Agency and the equivalent from Brazil, had been meeting under the joint Operations Evaluation Board reviewing Boeing’s proposed return to service training.

The FAA has cautioned that the administrators' flight is not the final hurdle before the now 18-month grounding is lifted in the U.S. The agency said it’s still reviewing comments received on its draft Airworthiness Directive that, when implemented, would lift the grounding.

The FAA said it will “not approve the plane for return to passenger service until it is satisfied that all of the known issues have been adequately addressed."

It was two crashes of brand new 737 MAX jets, the first in late October 2018 in Indonesia, followed by a crash in Ethiopia the following March that led to the emergency grounding. A total of 346 people were killed in the crashes.

The FAA grounding came on March 13, 2019, three days after the second deadly crash and was followed groundings by other world aviation regulators.

About 275 aircraft were flying for airlines when the grounding hit, and Boeing continued to build more than 500 planes on the expectation that the grounding would be lifted within a few months.

Once built, Boeing had to park the jets at company facilities in Renton, Moses Lake, Seattle, San Antonio and other sites.

Investigations concluded that a software feature called MCAS deployed unexpectedly, repeatedly forcing the nose of both airplanes to point downward. MCAS triggered a confusing cascade of warnings in the cockpits, resulting in pilots losing control of both jets. MCAS does not exist on other versions of the 737.

Boeing has been faulted for its design of MCAS, which relied on only one sensor to provide input to the software, and a lack of training and awareness for pilots switching from flying older versions of the plane to the MAX.

The FAA has also been faulted for a lack of oversight of Boeing.