Boeing's ecoDemonstrator jet is being used to help find the biggest sources of greenhouse gases and help airlines combat pollution. 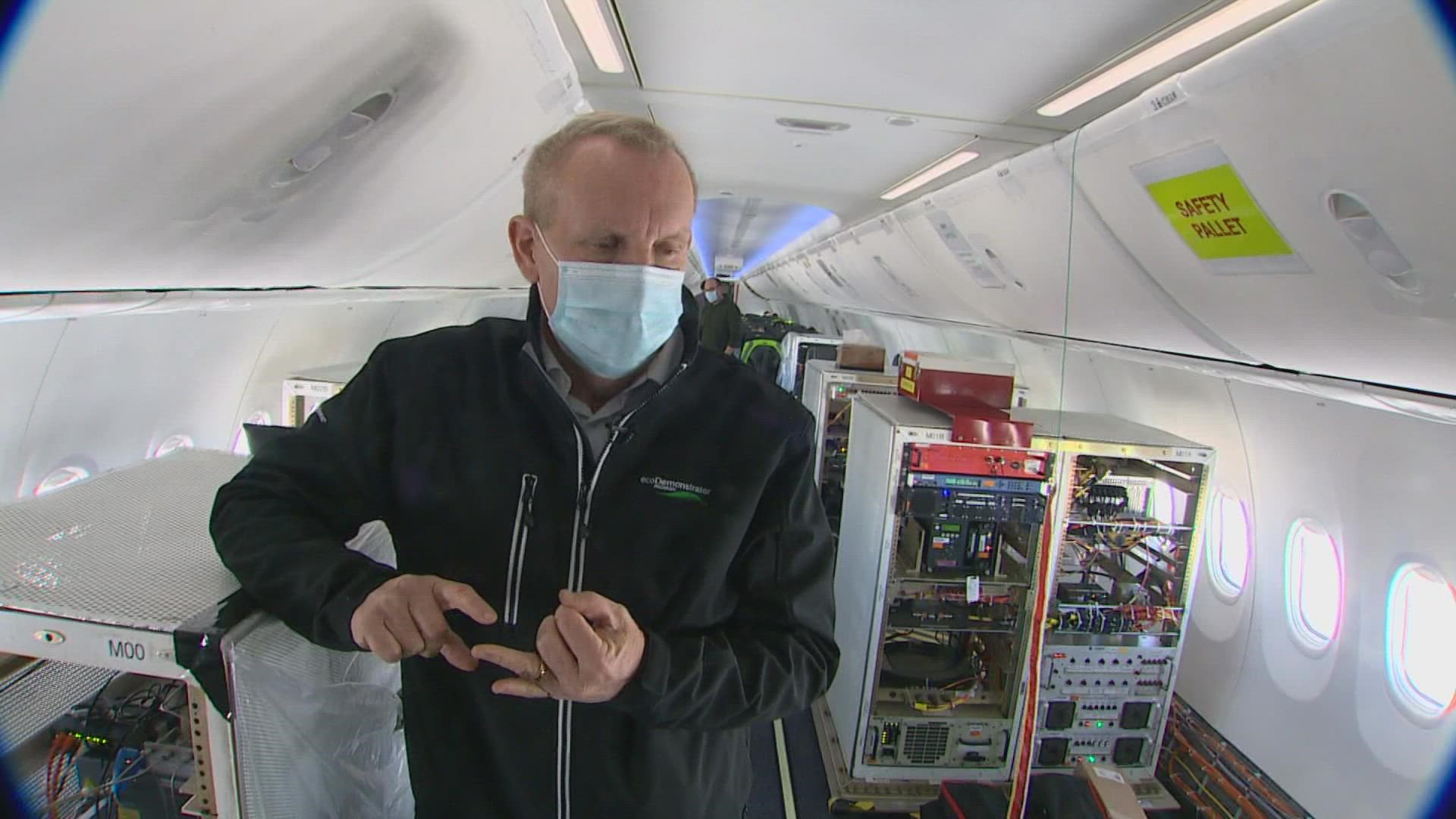 SEATTLE — Global warming is driving change at the world's airlines, and Boeing is being asked to not only help to better understand and track greenhouse gases, but also to help airlines reduce the amount of Co2 they contribute.

Aboard Boeing's newest ecoDemonstrator jet, a 737 MAX 9 that will be delivered to Alaska Airlines in a few months, tubes from sensors connected through the right side of the jet and before the engines to gas analyzers and computers. It’s hoped if successful, this technology would also be put onto thousands of other airliners to help the National Oceanic and Atmospheric administration to better track and study where greenhouse gases are most concentrated, least concentrated and at what altitudes as the planes take off and land.

This is just one key technology in the ecoDemonstrator’s role as a flying laboratory that’s testing 27 new technologies overall.

This test focuses on the common greenhouse gases including carbon dioxide and methane, as well as carbon monoxide, which also aids in tracking the burning of fossil fuels.

"They're looking at the profile of greenhouse gases from the ground up into the atmosphere," said Doug Christensen, chief architect of Boeing's ecoDemonstrator program.

Colm Sweeney, associate director of NOAA's Global Monitoring Laboratory, said they've been looking for opportunities to get their instruments onto commercial aircraft.

The plane runs on a 50-50 blend of regular jet fuel and what is known as sustainable aviation fuel, which can be made from non food plants, animal waste products, algae and even refined from municipal waste.

The COVID-19 pandemic hit Boeing hard as travel, for a time, halted and then slowly resumed. Boeing cut jobs and its balance sheet turned red. However, research continued.

"Sustainable aviation doesn't stop because of a pandemic," head of the ecoDemonstrator program Rae Lutters said. "We have to do our part to accelerate technologies, and that takes some time. So we continue moving forward, planning flight test programs during a global pandemic ... and we had such success we were able to continue that, and continue moving forward with a bigger program like we did with Alaska Airlines."

The ecoDemonstrator program is more than 10 years old. About one-third of the technologies tested have made it onto airliners. Another one-third, according to the company, is worth further study. 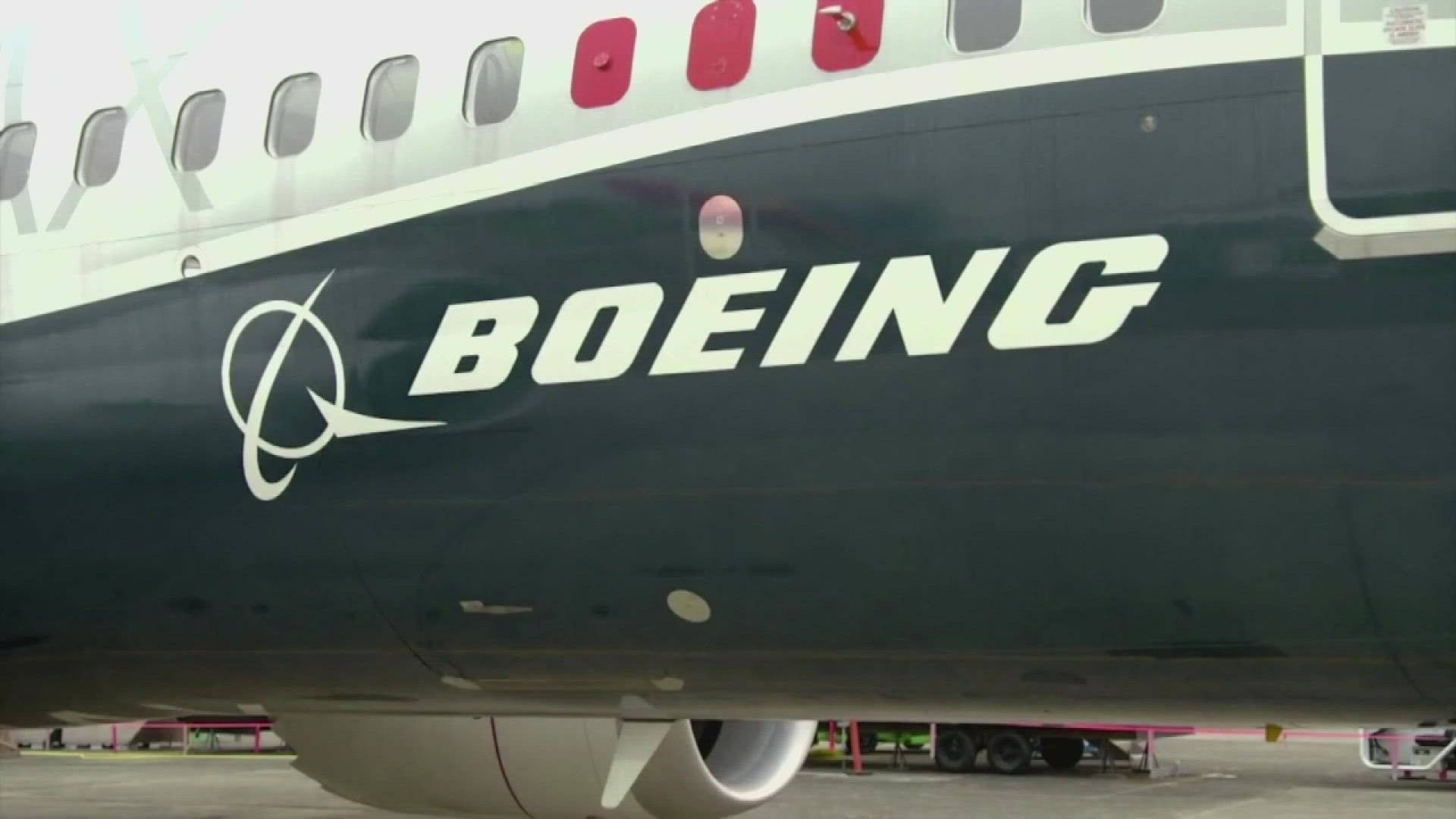