Boeing plans to make upgrades to a safety feature on the 737 MAX that is feared to have contributed to two deadly crashes in the last six months. 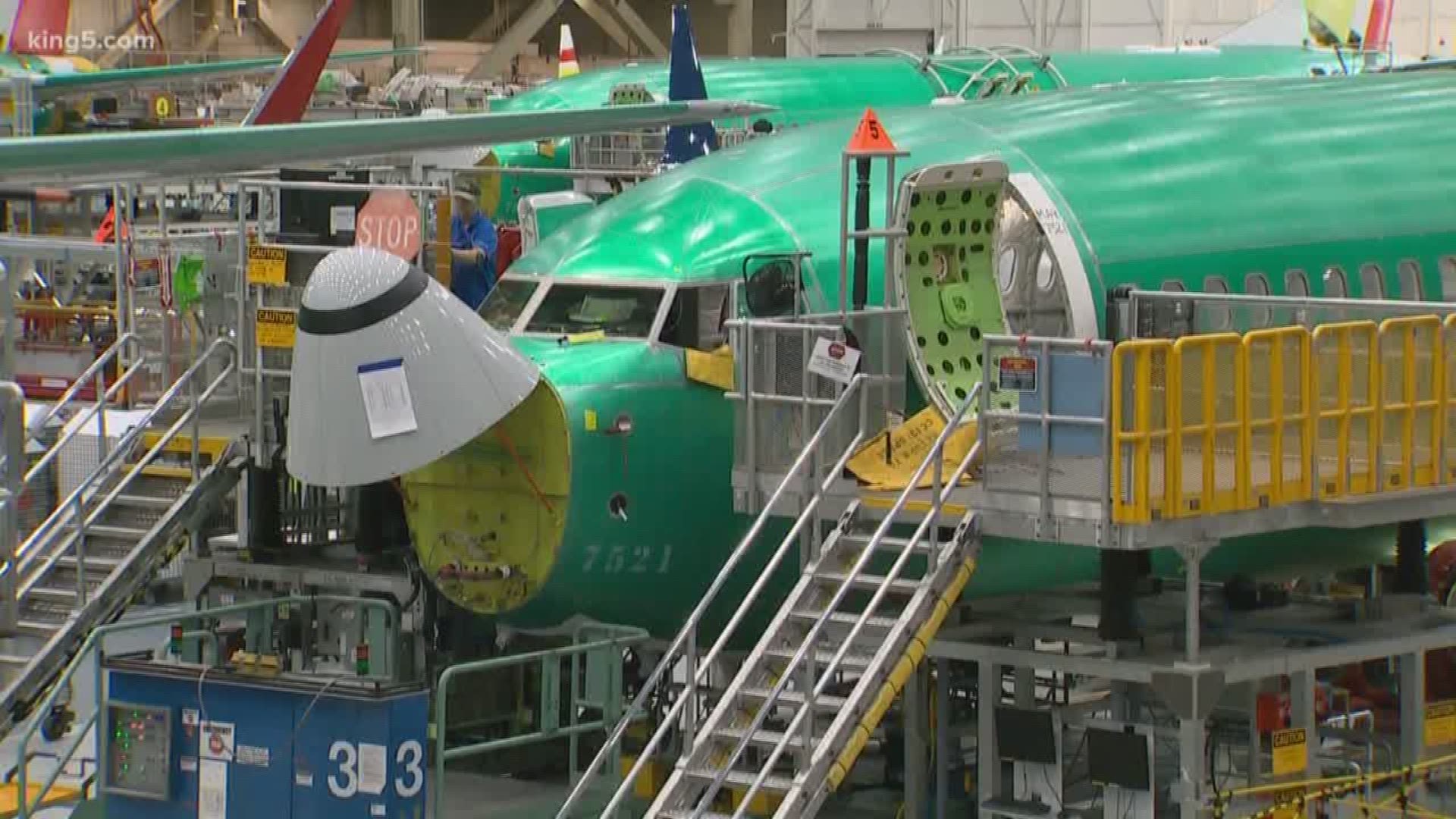 RENTON, Wash. — Boeing unveiled fixes to its 737 MAX aircraft on Wednesday, highlighting changes to a key safety feature that affects the behavior of the plane.

“We didn’t rush it, because rushing is the wrong thing to do,” a Boeing official said in a Q&A on background about why it’s taken as long as it has to develop a fix or upgrade to that critical piece of software.

The two crashes – Indonesia’s Lion Air on October 29, which killed 189 people and the Ethiopian crash five months later that killed 157 – have focused in on Maneuvering Characteristics Augmentation System (MCAS). The system is tied into the plane’s computer and is feared to have possibly led to pilots losing control of their jets.

The second crash quickly led to a wave of groundings of the newest version of the world’s most popular jet, which comes to more than 375 planes worldwide. That includes 69 planes owned by American Airlines, Southwest Airlines, and United Airlines in the U.S.

Part of the fix is designed to limit the ability of the MCAS system to only activate once.

The MCAS will no longer rely on just one sensor. Warning lights will be added to all MAX jets. On-screen indicators will also be added to the primary flight display to tell pilots when the two angle-of-attack sensors (AOAs), which are tiny weather vane-type instruments mounted on each side of the nose, do not closely agree. If they don’t, MCAS will be shut off.

MCAS will also be limited in how much it can move the horizontal stabilizer in the back of the jet, which is what helps manage the airplane’s trim, but can also cause the plane to climb up or pitch down.

Boeing is also providing additional computer training to airlines to educate pilots about the MCAS feature and the additional software changes.

The Boeing official said work on upgrading the system to make it more “robust” began after the release of the preliminary report by Indonesian investigators, which showed the pilots of the Lion Air flight were repeatedly having to pull the plane’s nose up as the MCAS tried to force it back down.

MCAS is a safety feature not found on earlier versions of the 737 and is intended to automatically keep the plane from pitching up and entering a dangerous stall. The reason Boeing put it on the MAX was to counteract the greater likelihood of a pitch-up attitude, because new engines on the MAX are more powerful and positioned further forward on the wings.

Investigators have reached no conclusions in either of the two major crashes. But the Boeing official says all crashes are the result of a chain of events. Break one of the links, and the crash doesn’t happen. The way MCAS was first designed to rely on just one sensor was a potential link in the chain of both accidents that Boeing looked to address.

“We found a way to make it more robust, and we’re making that adjustment,” said the company official.

This came as Dan Elwell, acting Federal Aviation Administration administrator, was expected to tell the U.S. Senate Aviation Subcommittee Wednesday that the agency had the first draft version of the fix to the 737 MAX MCAS feature on January 21, more than a month before the second crash on March 10 of a brand-new Ethiopian 737 MAX.

Approval of the upgrades will be handled by various world aviation regulators, including the FAA. It is not known when the FAA will sign off, but Boeing said Wednesday the fix is finished.

The company is also briefing some 200 pilots, airline executives, and regulators about the changes and is sending a closed-circuit feed from the 737 MAX engineering simulator to auditoriums allowing questions to be asked of test pilots flying the simulator.