The New York Times said the survey has been a months-long effort to gauge trust in Boeing's safety from both passengers and airlines. 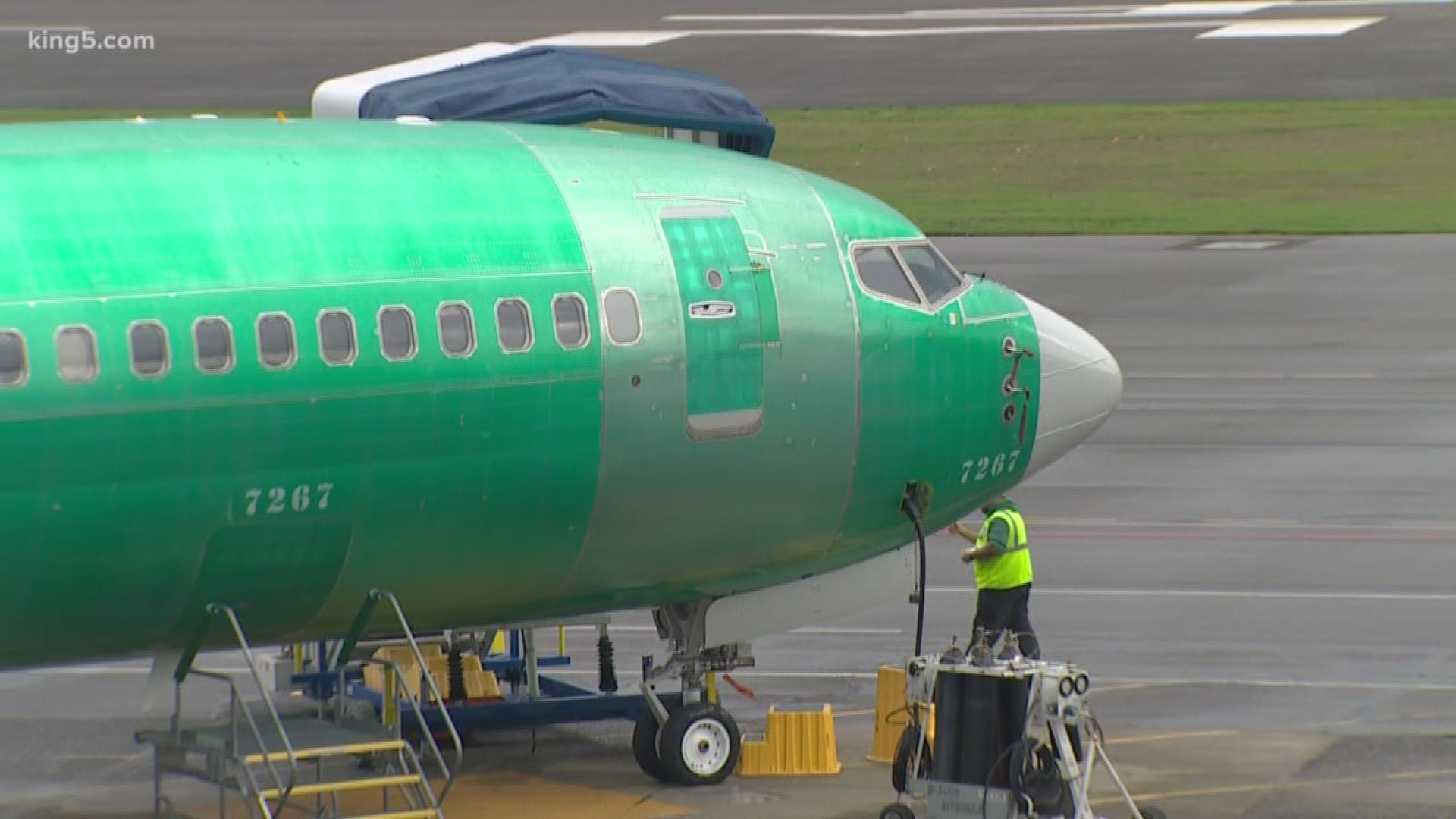 RENTON, Wash. — As Boeing prepares to put its troubled 737 MAX jets back into service, the company has been surveying thousands of passengers around the world since May to gauge their trust in the 737s.

Boeing grounded all 737 MAX jets in March after two crashes killed 346 people. Nine months later, the company is starting to take several different approaches to sell the safety of the 737s.

A new Boeing report obtained by the New York Times found that as of Dec. 9, 53% of global travelers surveyed would be willing to fly on the MAX when it gets back in the air. In that same survey, 40% of people said they were unwilling to fly on a MAX and 7% were neutral.

For those who were unwilling to fly in a MAX or for those who booked a flight and then became nervous once they realized they were on a MAX, Boeing drafted strategies in an effort to ease the anxiety and win back the public's trust.

In one example, if a traveler doesn’t want to fly after buying a ticket or before boarding the plane, Boeing said the airline could offer to rebook a flight and have flight attendants talk to the concerned passenger.

If there’s an incident on the plane where a passenger starts panicking about flying in a 737 MAX and another passenger posts the outburst to social media, the airline would deploy a “social care team” where links about the MAX’s safety would be posted in the comment thread.

In the most extreme cases, Boeing suggests using “techniques related to an inflight medical emergency to de-escalate,” according to the New York Times.

December seemed to be a rocky month for the airplane company. Last week, Boeing CEO Dennis Muilenburg was fired from the company. Boeing said it decided it needed new leadership to regain the confidence of regulators.

The Boeing board had supported Muilenburg for months despite calls for his resignation from lawmakers and relatives of the passengers killed. When it became clear in recent days that federal regulators would not certify the grounded MAX to fly again by year’s end as Muilenburg had hoped, the board finally abandoned him.

Earlier in December, the company announced that it would temporarily halt the production of 737 MAX jets in January as the fleet remains grounded.

The company said no layoffs or furloughs were expected as a result of the production suspension. Boeing provides an estimated 12,000 jobs in Renton. It is the city's largest employer with an economy that orbits around the 737.

The Federal Aviation Administration said the 737 MAXs won't be cleared for flight until 2020 at the earliest.