About 3,000 workers primarily in manufacturing, engineering, and fabrication will be temporarily moved to other facilities while 737 MAX production suspends. 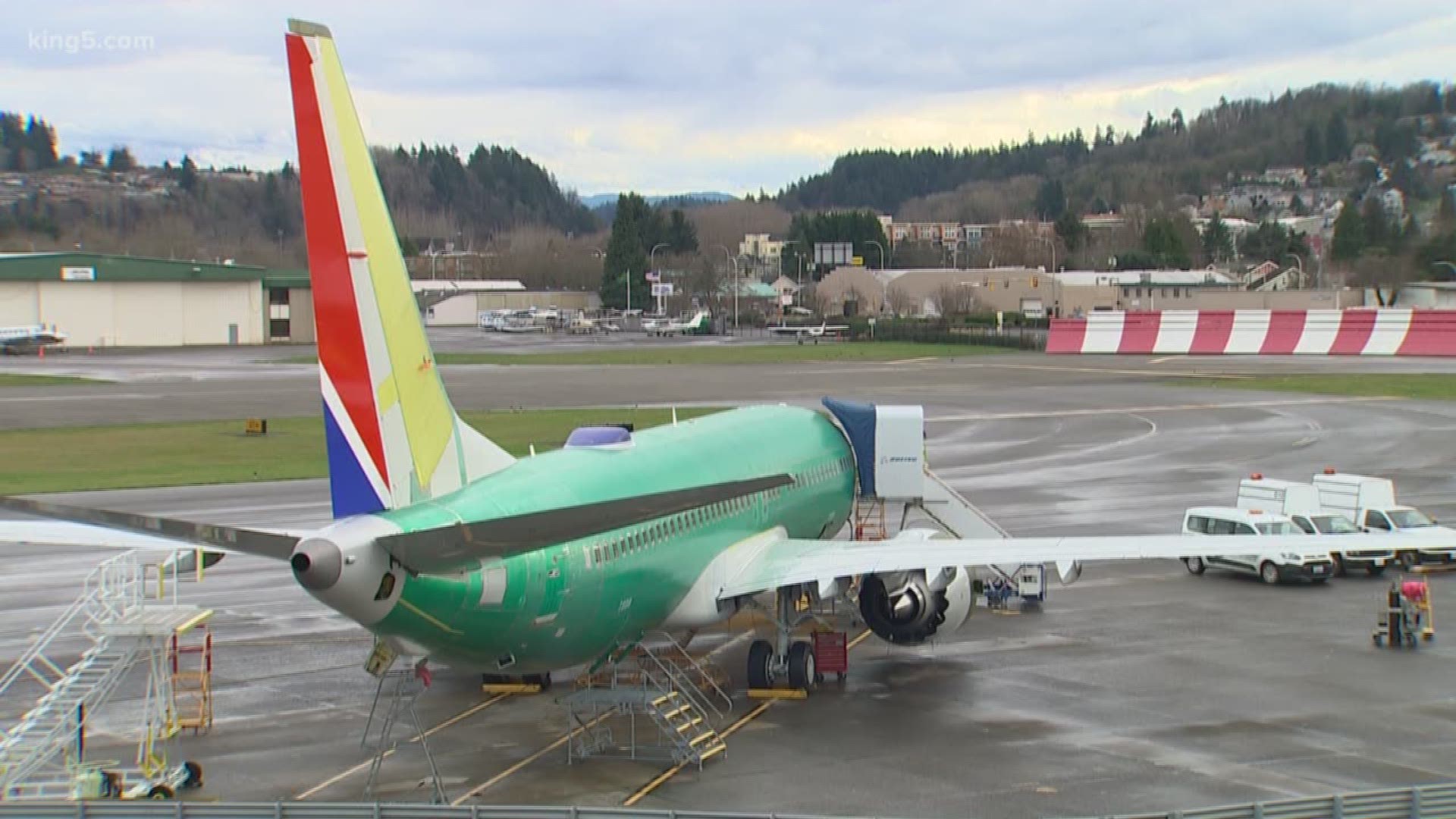 RENTON, Wash. — The Boeing Company says it will temporarily reassign thousands of workers from its Renton facility as the production of the 737 MAX comes to a halt later this month.

The Renton facility has about 12,000 workers and about 3,000 of them primarily in manufacturing, engineering, and fabrication will be moved to other facilities.

The first reassignment notices were sent to employees Monday afternoon.

Employees from the Puget Sound area will be reassigned to the 767, 777, and 777X programs in Everett and Propulsion South Carolina employees will support the 787 Program at Boeing South Carolina, officials said in an internal memo to employees Monday.

Other employees from Renton will also staff MAX airplane storage facilities in Moses Lake, as well as Victorville, Calif.

Production of the 737 MAX is expected to stop mid-January and there's no date for when it will restart.

Employees who remain at the Renton facility will focus on several quality initiatives, Boeing officials said, including improvements to standard work processes.

Once production restarts in Renton, those reassigned employees will return to their regular jobs.

The 737 MAX has been grounded since last March after two deadly crashes that killed 346 people.

It is unclear when the MAX will be cleared to fly.

On Monday, FAA spokesman Lynn Lunsford repeated the agency's position that it has no timetable for reviewing the plane. He said the FAA and Boeing are analyzing findings from the recent review of Boeing's changes to the plane, and “the agency will ensure that all safety-related issues identified during this process are addressed before the aircraft is approved for return to passenger service.”

RELATED: Latest Boeing survey finds 53% would be willing to fly on a 737 MAX