An aviation analyst said the 777X could help put Boeing back into a more positive light following the issues surrounding the 737 MAX. 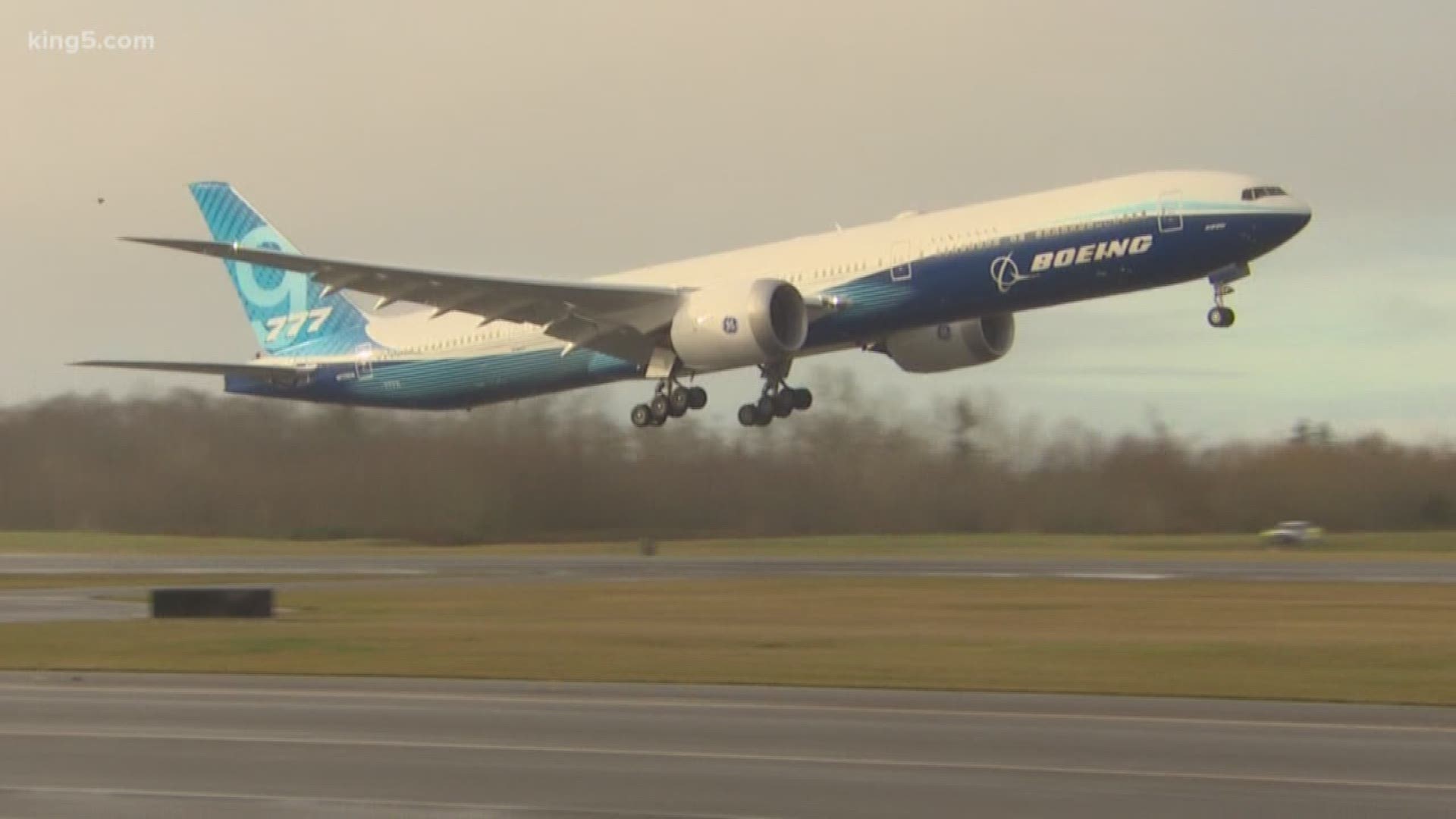 But the delay brought some benefits for those who wanted to see the plane lift off in person.

"It's awesome, it's so cool, witness history, seeing it take off for the first time," said 15-year-old Lucas Burch, who had finals on Friday so wouldn't have been able to make it otherwise.

The 777X jet took off from Everett's Paine Field shortly after 10 a.m. and flew for several hours before landing successfully at Boeing Field at about 2 p.m.

The commercial plane will be the "world's largest and most efficient twin-engine jet," according to Boeing. The outside 12 feet of each of the jet's wings can fold up, allowing the jet to get into airport gates. The plane’s overall wingspan is 235 feet.

Boeing invested more than a billion dollars in a brand new factory in Everett to build the lighter weight and longer composite wings.

Captains Craig Bomben and Van Chaney were in the cockpit for Saturday's flight.

"It was awesome, it was so much fun," said Captain Van Chaney. "We would still be flying if we could. The airplane was solid, we had a nice trip around Mt. Rainier."

"It's really emotional," Captain Bomben said. "Because of all the employees. All the work they put into this plane."

The next step for the plane is certification with the Federal Aviation Administration. Its first delivery to an airline is scheduled for sometime in 2021.

Aviation analyst John Nance said the test flight could help propel Boeing back into a more positive light. The company has struggled with its image after two 737 MAX jets crashed, killing 346 people. Boeing is still working to update software and other systems on the plane to convince regulators to let it fly again. The work has taken much longer than Boeing expected.

"In the midst of all the attacks on Boeing, I think it's going to be very important to show that the company still marches on and the 777X is going to be something - I think - apart from any of the problems with the past with the MAX," Nance said.

The 777X underwent its first taxi test at Paine Field in June. The jet made taxi runs at various speeds and tested the jet's brakes.

Boeing hoped the plane would have made its first flights already. However, General Electric, the supplier of the 777X’s massive new engines, said they have to work on a “durability issue” found during testing in Ohio.

The jet's final load testing was suspended after crews encountered issues. During loading testing, which is inside of a building in a controlled environment, force is added until the airplane collapsed. In this instance, a door inside the fuselage had an issue before crews got the airplane to the point they wanted to, and the test was suspended.

“The testing conditions were well beyond any load expected in commercial service. The event is under review and the team is working to understand the root cause,” a Boeing spokesperson said. 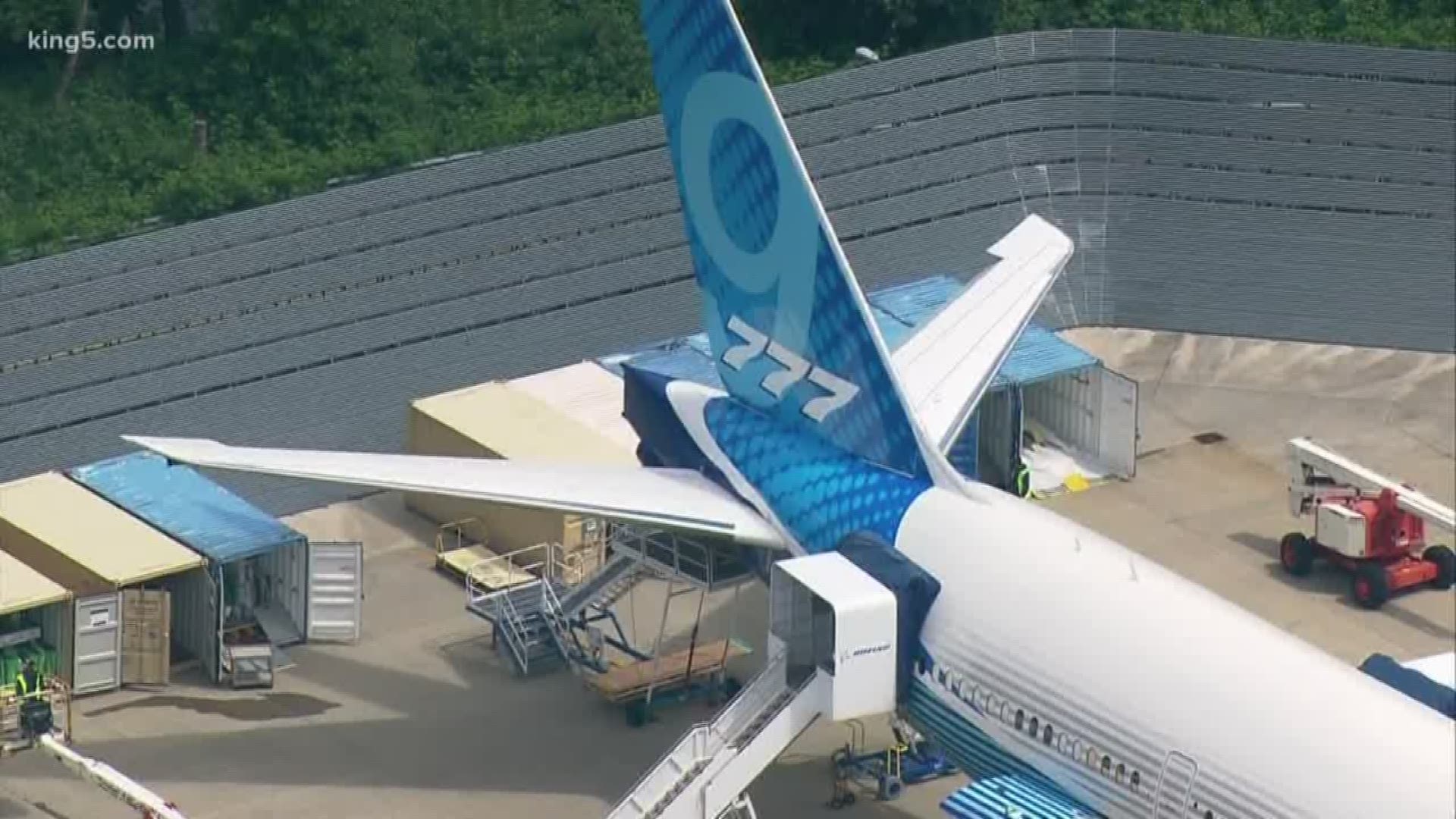