About 220 Boeing employees voted unanimously to authorize a strike if a new contract agreement cannot be reached with their employer by April 17. 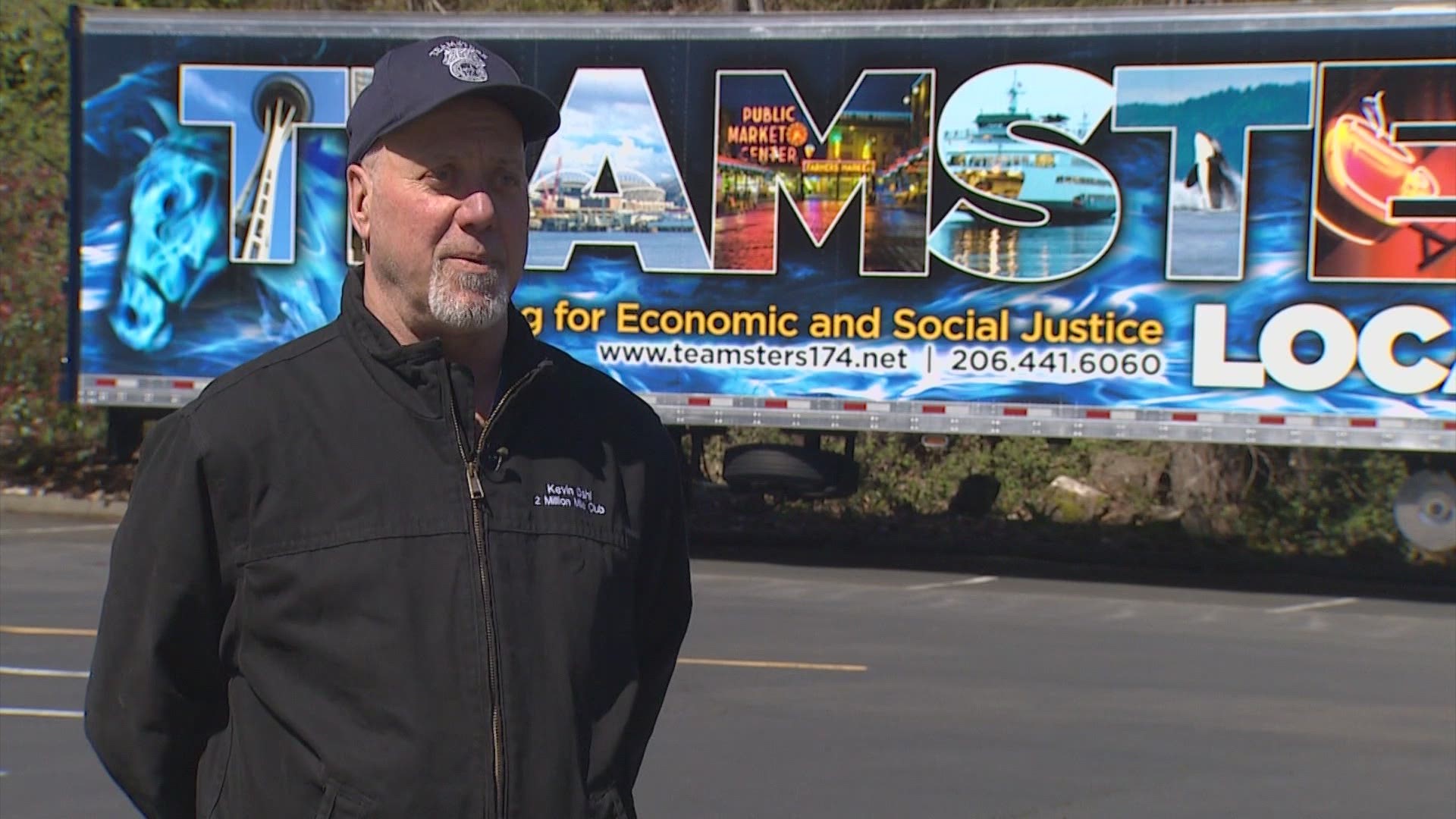 SEATTLE — About 220 Boeing employees voted Sunday to authorize a strike if a new contract agreement cannot be reached with their employer by April 17 at midnight.

Members of the Teamsters Local 174, the union representing Boeing employees, met virtually Sunday and voted unanimously to authorize a strike.

The employees work in Transportation, Warehousing, and Logistics, and Facilities and Asset Management for The Boeing Company. They are responsible for transporting aircraft engines, fuselages and other aircraft parts, as well as operating tankers involved in fueling and de-fueling aircraft, according to a statement from the union.

Kevin Dahl has been a driver for nearly 34 years. "I love it, I love going to work every day. I love the Boeing company," he said. Dahl maneuvers large plane parts through tricky drives all over the state.

"The traffic is terrible, but we’re all professionals. We’ve [got the] safest driving record in the state for a private carrier, we all love our jobs," said Dahl.

A representative from the union said contract negotiations "soured" when Boeing executives came to the table with what seemed to be a "philosophical refusal to acknowledge the skills and professionalism of their Teamster workforce."

"Boeing has spent the last 20 years creating a work environment that includes outsourcing, downsizing, and elimination of the work our members perform all the while increasing management and executive bonuses to unbelievable heights," said Teamsters Local 174 Secretary-Treasurer Rick Hicks in a statement. "Now, they are attempting to use their current self-inflicted situation to jam a sub-standard contract down the throats of our members. Our members will rise to that challenge."

Jared Nelson is the union shop steward and said, "We work for a big company and we’re not going to get pushed around because we’re the little guys."

A spokesperson for Boeing issued the following statement after the union's vote: "Boeing continues to engage and negotiate in good faith to present a comprehensive offer that works for our employees, customers, the community and the union. Our goal is to reach an agreement prior to the end of the current contract. In the event of a work stoppage, we have mitigation plans in place to continue operations without interruption to our customers."

If a new contract agreement is not reached by midnight on April 17, Sunday's vote gives the union the ability to call a strike at any time.