Boeing cuts production on the 787 Dreamliner to address flaw

Boeing had been producing five 787s per month. It did not disclose the temporary lower rate. 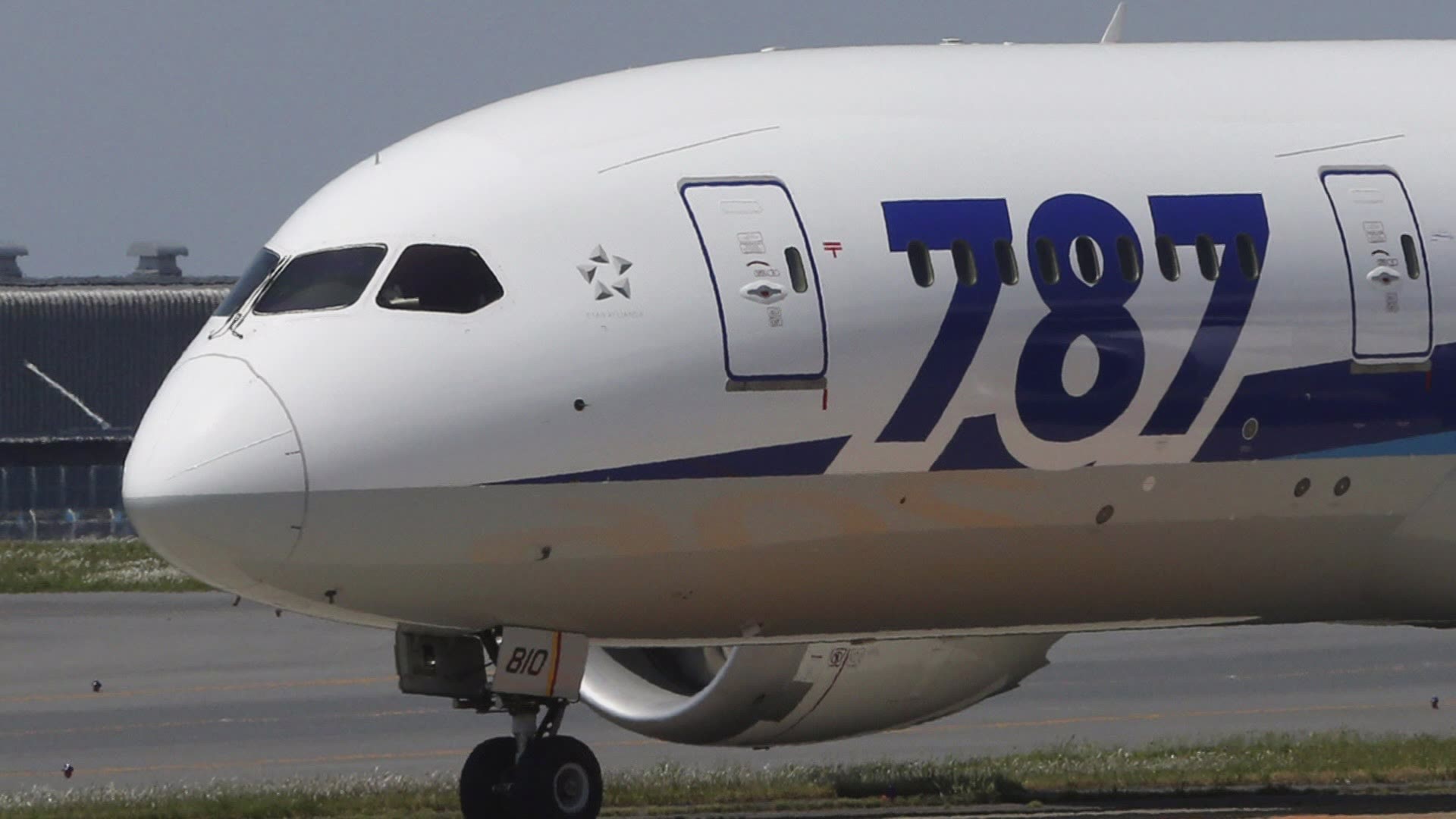 Boeing will cut production of its large 787 airliner for several weeks after discovering a new structural flaw in some planes that have been built but not delivered to airline customers.

The Chicago company said Tuesday that it now anticipates that it will deliver less than half of the 787s remaining in its inventory this year. That is a retreat from CEO David Calhoun's statement last month that the company hoped to deliver a majority of the planes, estimated to be fewer than 100, in 2021.

The slower rate of deliveries will hurt Boeing's cash flow because the company gets a large portion of the price of a plane upon delivery.

“We will continue to take the necessary time to ensure Boeing airplanes meet the highest quality prior to delivery," the company said in a prepared statement. “Across the enterprise, our teams remain focused on safety and integrity as we drive stability, first-time quality and productivity in our operations.”

The Federal Aviation Administration (FAA) said the new problem near the nose of some undelivered 787s "poses no immediate threat to flight safety." The FAA said that it will decide later whether any changes are needed to 787s that airlines are already using.

Boeing had been producing five 787s per month. It did not disclose the temporary lower rate.

It's another setback for Boeing's two-aisle 787, which is popular on longer routes. Deliveries were halted in 2020 and again in May to fix production flaws affecting how pieces of the carbon-fiber fuselage are joined, and how to inspect the planes.

In May, members of Congress sought records from Boeing and the Federal Aviation Authority about production problems on the 787 and the 737 MAX.

The new problem was found on a part called the forward pressure bulkhead, a dome-shaped structure in the nose that keeps the plane's interior pressurized.

Boeing Co, disclosed the latest issue with the plane as it announced orders and deliveries for June, which were boosted by a huge order from United Airlines.

Boeing reported 219 orders, including United’s order of 200 737 MAX jets, which are smaller than 787s. That is the highest monthly order total since June 2018. However, orders for 73 planes were canceled, mostly by the Middle Eastern carrier flydubai.

The company said it delivered 45 planes last month, the highest total since March 2019, when MAX jets were grounded worldwide and deliveries were halted after two deadly crashes. The MAX resumed flying late last year after Boeing made changes to a flight-control system that played a role in the accidents.