Boeing reported a profit shortfall for the third quarter due to costs related to the 737 MAX. 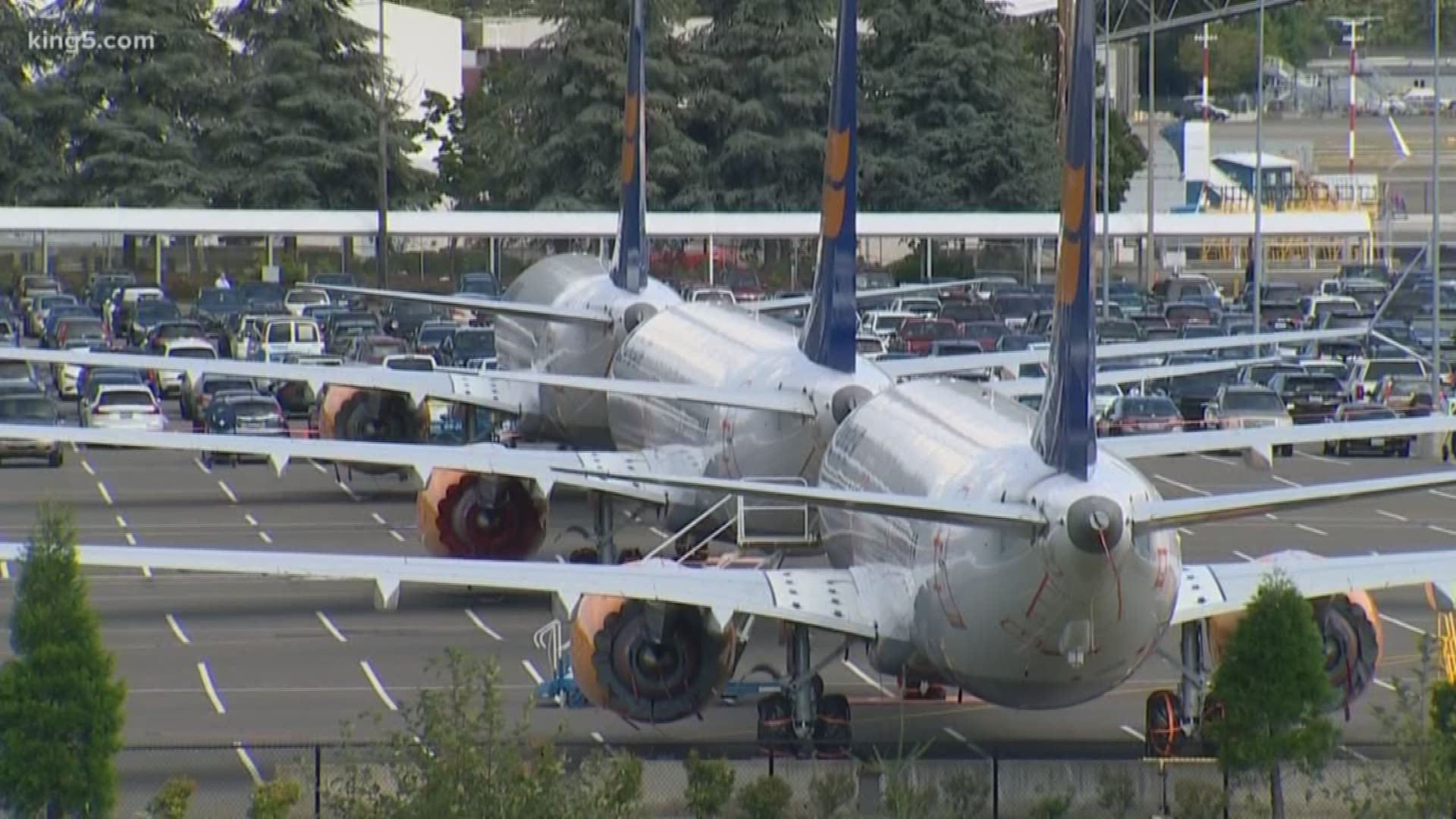 CHICAGO — Boeing signaled Wednesday that it is close to completing its fix to the 737 MAX and still expects it to be approved to fly before the end of the year.

The troubled plane has been a drag on the company each day it remains grounded after two fatal crashes. Boeing reported that third-quarter earnings fell 51% to $1.17 billion. It added another $900 million in costs for the MAX, and deliveries of new planes tumbled from a year ago.

Executives say the company has been giving regulators critical final documents that describe software changes and a program for training pilots to fly the plane, which has been grounded since March.

U.S. airlines still don't expect to use their MAX jets until early next year, however, and Boeing acknowledges that other countries might take longer than the U.S. to let the plane fly again.

Also see | Worried about flying on a 737 Max? You may not have a lot of options

Chicago-based Boeing eased concern that it might even temporarily shut down the MAX assembly line near Seattle if the plane remains grounded. The company said it will raise 737 production from 42 a month to 57 a month by late next year.

The company's timetable for bringing back the MAX after two crashes killed 346 people has repeatedly proved too optimistic. A few weeks ago, CEO Dennis Muilenburg was predicting that the plane would be flying by about October.

Besides the crisis surrounding the 737 MAX, which suffered its first crash a year ago this month, Boeing reported setbacks with two larger planes.

Boeing cited uncertainty around global trade in saying it will cut monthly production of the larger 787 jet from 14 a month to 12 for about two years, starting later this year. Last month, Muilenburg warned that trade tension with China — the company's biggest foreign market — threatened sales of widebody planes like the 787.

And Boeing said it now aims to begin delivering the newest version of its big 777 airliner in early 2021. Problems with engines made by General Electric have delayed test flights for the 777X.

Boeing has completed work on software changes to a flight-control system called MCAS, which activated mistakenly and pushed down the noses of both planes that crashed in Indonesia last October and in Ethiopia in March. It is still working on a separate issue involving flight computers.

On a call with analysts and reporters, Muilenburg said Boeing began submitting key elements of its fix to the Federal Aviation Administration in September.

"We are diving deep into the documents, we are answering all the questions, and the FAA is taking the time to make sure we get it right," he said.

The next major step is scheduling a certification flight with the FAA. Executives gave no estimate for when that might occur.

Muilenburg is scheduled to appear next week before Senate and House committees that are investigating Boeing and the FAA's approval of the MAX.

"I anticipate that there will be tough questions, challenging questions, a lot of scrutiny, and frankly we support the scrutiny on the work we're doing," Muilenburg said. He added that he hopes to express his sympathies to families of the crash victims, some of whom plan to attend the hearings.

Boeing's third-quarter net income fell to $1.17 billion from $2.63 billion a year earlier. Per-share earnings were $1.45 after excluding nonrecurring items, which was far short of the $2.04 Wall Street was looking for, according to a poll by Zacks Investment Research.

Revenue was $19.98 billion, which was better than analysts expected but 21% lower than the same quarter in 2018. Deliveries of commercial planes plunged from 190 a year ago, to 62 in the third quarter as the worldwide grounding of the MAX reached seven months.

Without cash coming in from deliveries of the 737, Boeing is hemorrhaging cash — free cash flow went from $4.1 billion a year ago to a negative $2.9 billion, and the company has taken on $5.5 billion in new debt.

On Tuesday, Boeing announced it was replacing the executive in charge of the commercial airplanes business, Kevin McAllister. The company didn't give a reason for the move, but McAllister's division has been rocked by the ongoing grounding of the MAX, unexpected structural cracks in dozens of older 737s, a failed safety test for the 777X that is in development, and tepid sales of the 787 Dreamliner.

Canaccord Genuity analyst Ken Herbert said that while the MAX gets all the attention, investors have grown increasingly worried about the other Boeing planes and other issues.

McAllister is the first high-level job casualty of the MAX crisis, although earlier this month the company board stripped Muilenburg of his other role as chairman.