Boeing continues to look at cost-saving measures after being hit hard by the decrease in air travel and 737 MAX crashes. 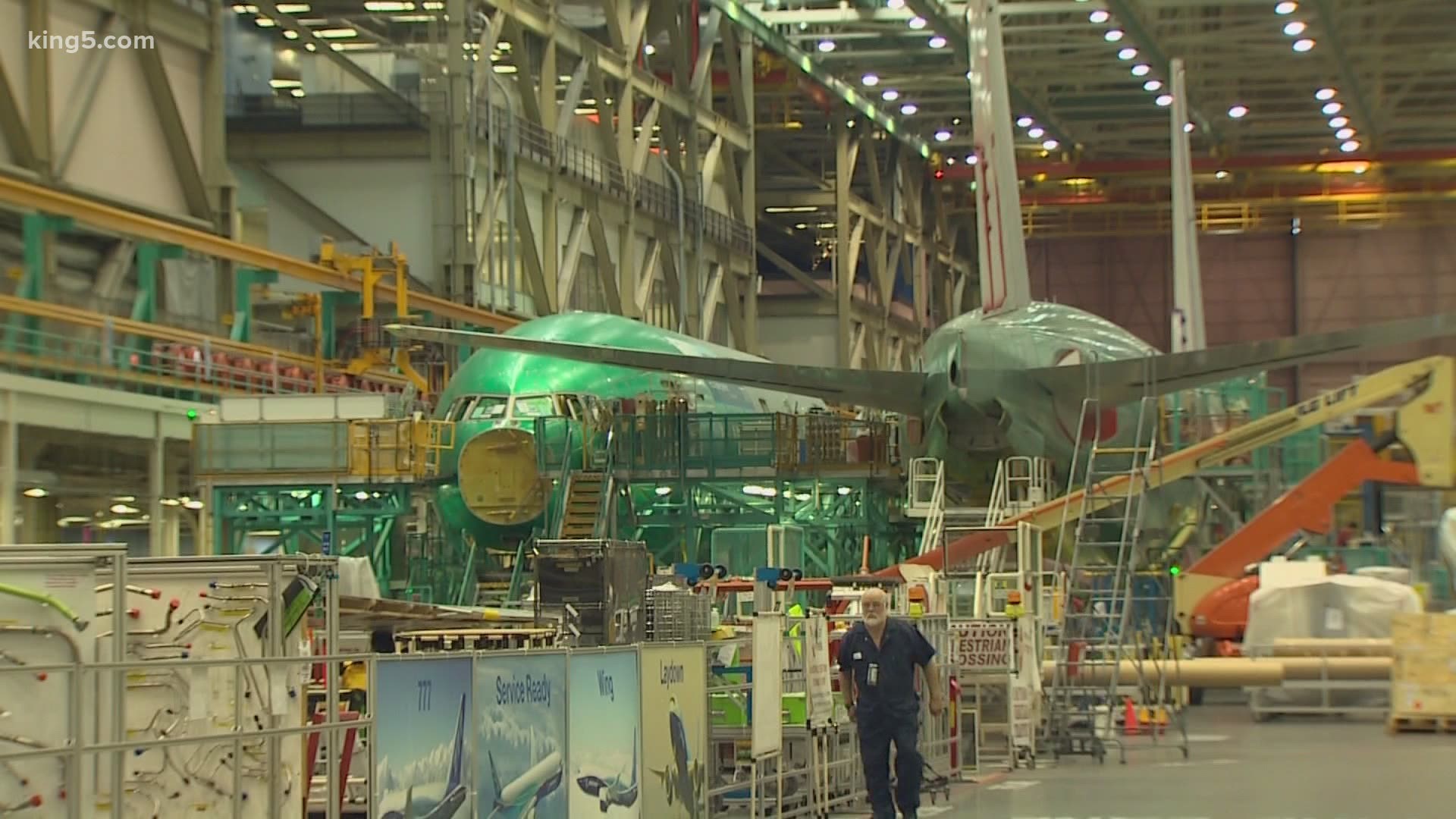 RENTON, Wash. — Boeing is considering relocating its commercial airplane division headquarters in Washington state in an effort to reduce costs during the coronavirus pandemic.

Boeing Executive Bill McSherry confirmed earlier reports that the company was mulling whether to vacate the Boeing Commercial Airplanes headquarters in Renton and move to either the Boeing Field in Seattle or the campus in Everett, The Daily Herald reported.

McSherry told participants at an Economic Alliance Snohomish County virtual gathering on Tuesday that the pandemic has forced the airline to take “some very difficult steps" and drove the company “to respond to the new normal here for the next few years.”

McSherry suggested that both locations are possibilities, and some employees have already moved to the Everett campus after vacating a 338,577-square-foot office building it had leased in Mukilteo.

“Certainly, Boeing Commercial headquarters will always remain here in the Puget Sound region, but we do think our leaders will get closer to where our production and delivery facilities are,” he said.

The Chicago-based company borrowed $25 billion from the capital markets instead of taking any federal relief aid during the pandemic, and is now scrutinizing its operations “to ensure we can bridge this gap with available funds,” McSherry said.

The assembly plant at Paine Field in Everett, where the company's largest planes are made, will continue to see a lull in production as officials believe sales of wide-body jets aren't expected to rebound for years. The larger jets dominate international travel routes flown by Boeing aircraft.

Cathay Pacific, which had one of the largest orders for the 777X, announced it was restructuring the company. That plan, according to Reuters, includes delaying that order beyond 2025. The order would be worth billions.

Production of the bigger planes is expected to pick up again when travel resumes, which is currently estimated in 2023 or 2024, McSherry said. The assembly plant is still expected to continue operations, but production is now being consolidated as a result of the decline in air travel.

“The decision to consolidate was a business decision,” Everett Mayor Cassie Franklin said at the virtual meeting. “And I know many of us here on this call today have to make similar difficult decisions this year.”