Boeing CEO Dennis A. Muilenburg flew aboard a 737 MAX plane over Western Washington on Wednesday and released a video statement. 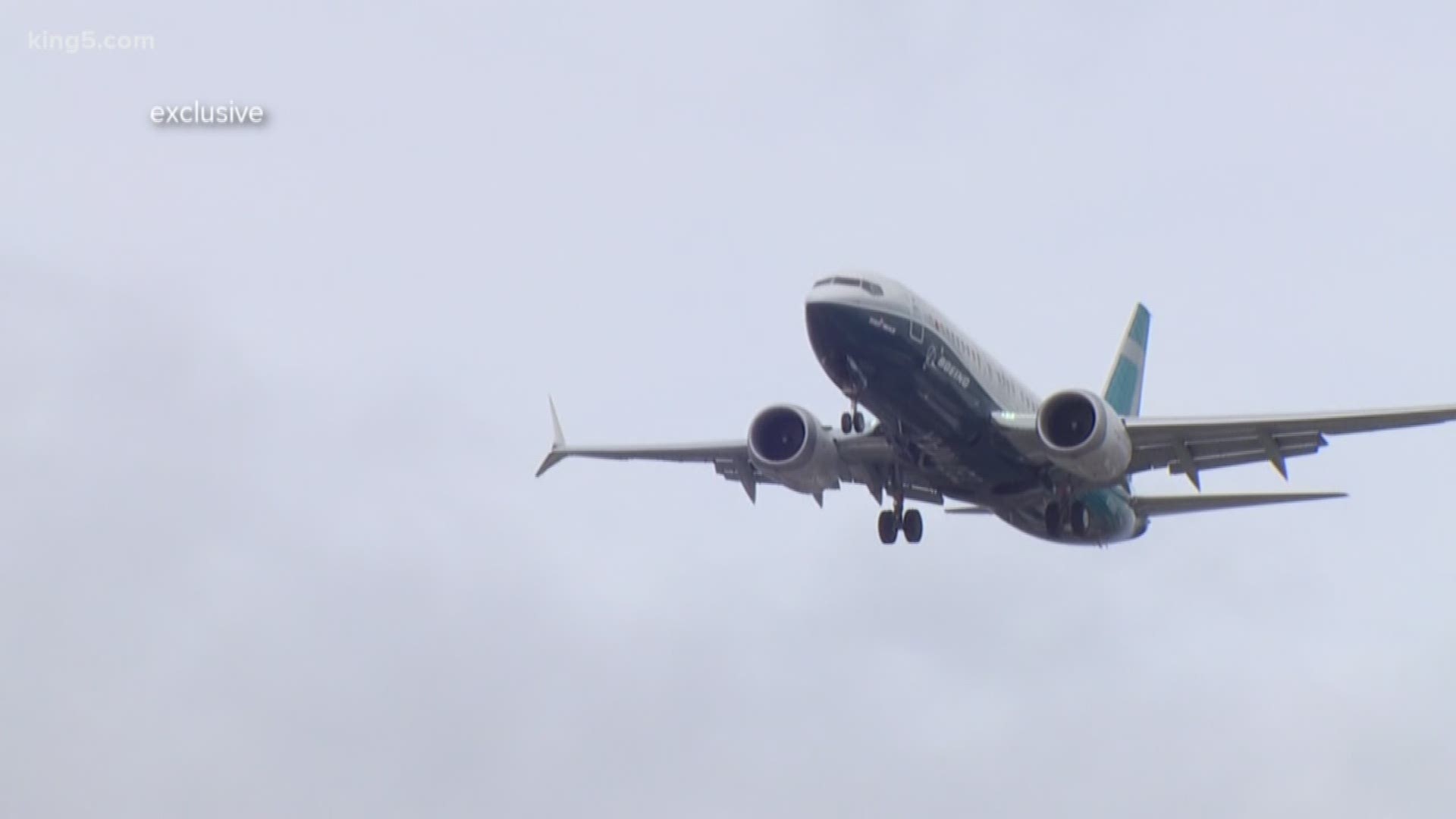 Boeing CEO Dennis A. Muilenburg took a test flight aboard an upgraded 737 MAX plane over Western Washington on Wednesday.

KING 5 obtained exclusive footage of the flight, which took off from Boeing Field. The jets have been grounded worldwide following two deadly crashes.

His statement continued, "We're making steady progress toward certification. Yesterday, we completed the official engineering flight test of the updated software with our technical and engineering leaders onboard the airplane. That was the final test flight prior to the certification flight."

Muilenburg addressed his test flight on an updated 737 MAX plane, "Earlier today, I had the opportunity to participate in another demonstration flight and saw firsthand this software, in its final form, operating as designed, across a range of flight conditions." 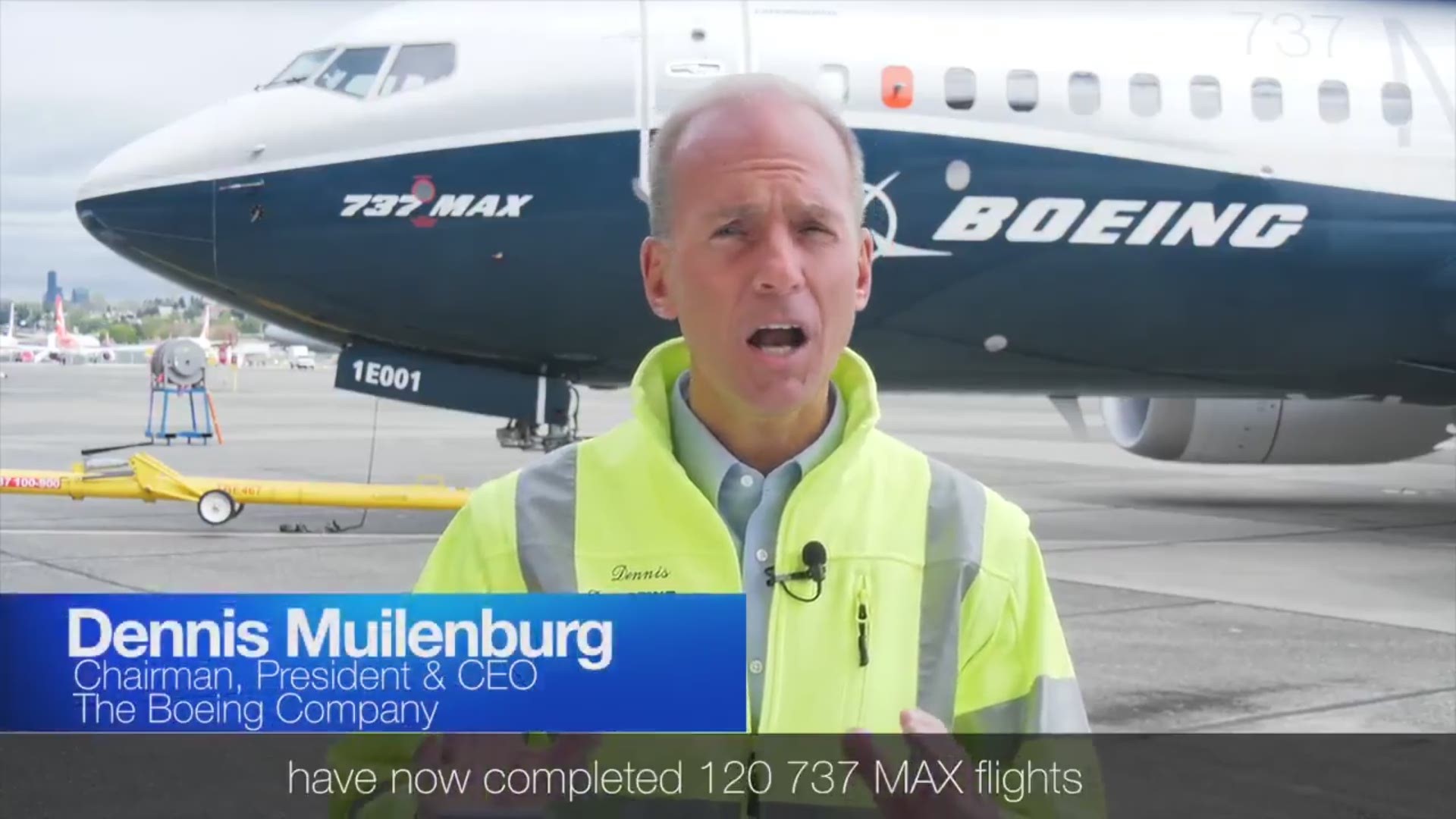 "And around the world, more than 85 percent of our 50 plus MAX customers and operators have now experienced the new software through a series of simulator sessions." 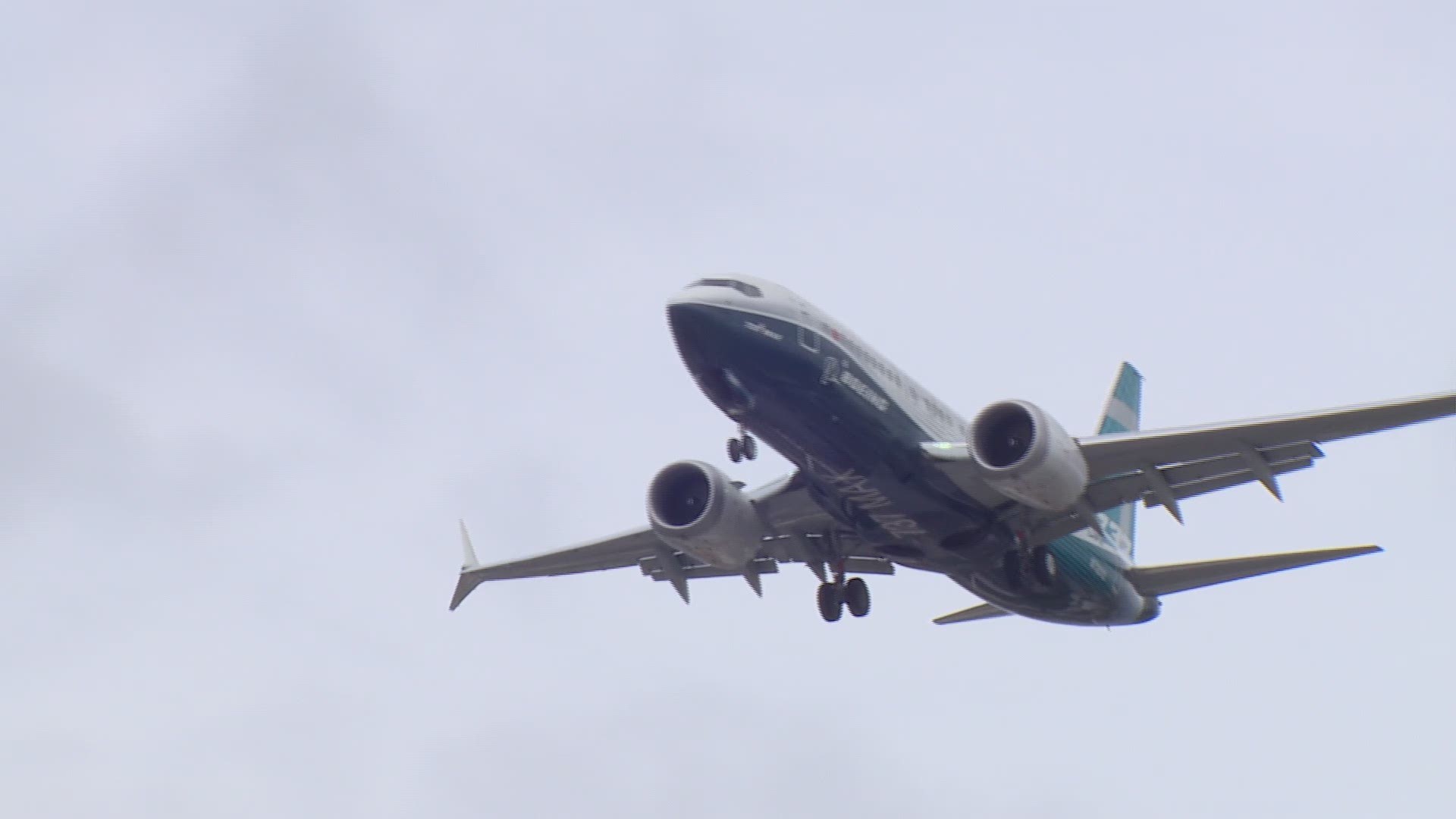 Muilenburg closed his video statement from Boeing Field by saying, "I am tremendously proud of the work of our team. This team of Boeing pilots, engineers, technical experts, and our partners were comprehensively testing the software to make sure that it does the job, and they're taking the time to get it right. Safety is our responsibility. We own it. And the work of our team will make the 737 MAX one of the safest airplanes ever to fly. That's our commitment."