Boeing CEO: It will take 2 years for travel to be at 2019 levels before coronavirus

Shareholders are looking at industry trends and say that the design of future airliners may change due to the coronavirus impact. 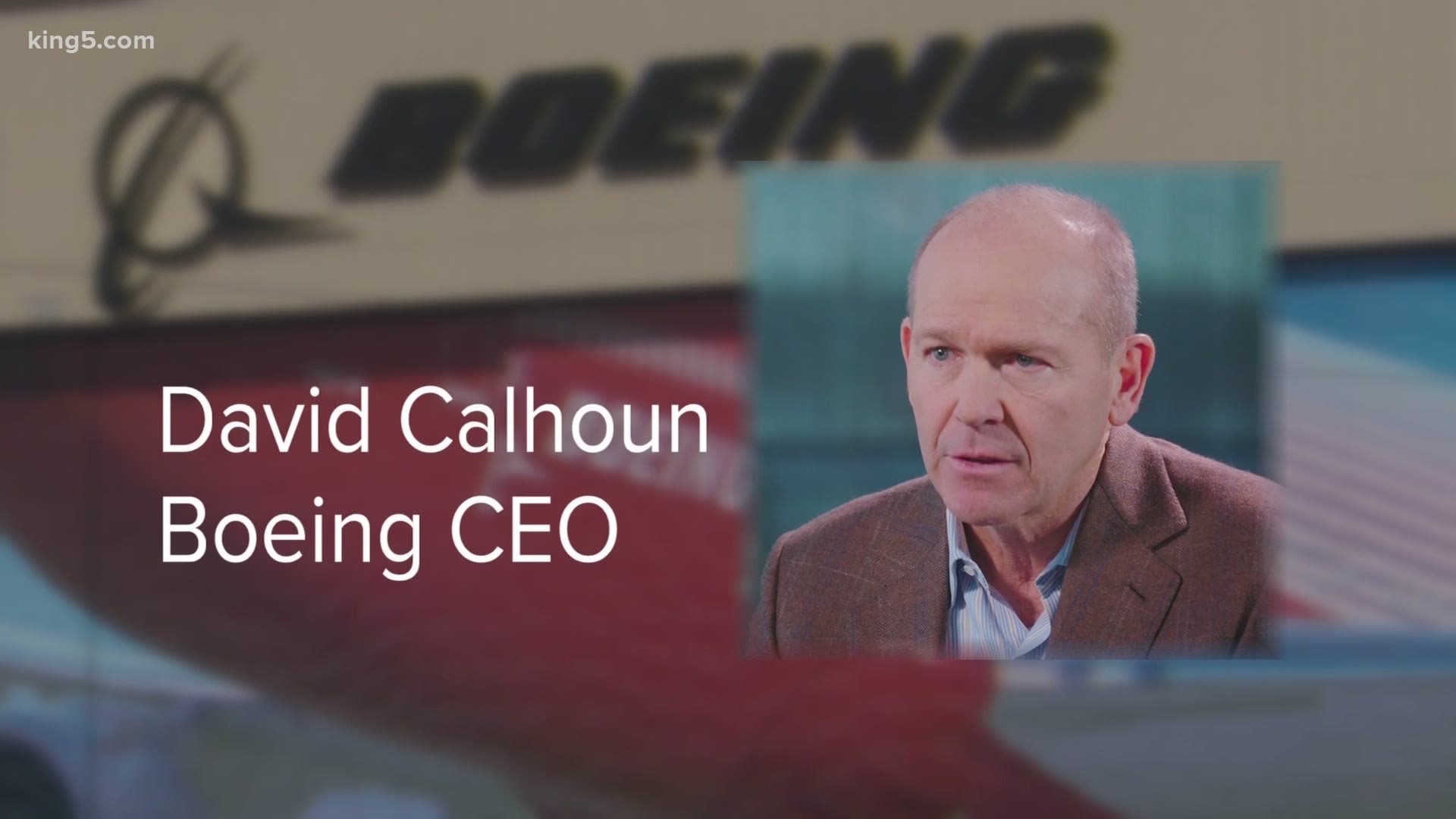 RENTON, Wash. — In a shareholder’s meeting held online, Boeing’s owners were told it will take years to get back to normal because of the coronavirus’s devastating impact on airlines.

“Based on what we know now, we expect it will take two to three years for travel to return to 2019 levels,” said Boeing’s new chief executive David Calhoun. “And an additional few years beyond that for the industry’s long term trend growth to return.”

It’s a future where “the commercial market will be smaller and our customers’ needs will be different,” he adds, also noting that the virus may actually change how future airliners are designed.

RELATED: Thousands of Boeing employees back to work across Puget Sound

The best-selling 737 MAX Jets, grounded since March of 2019, had turned into a nightmare scenario costing billions in cash along with much of the company’s reputation and political capital in a series of tough Congressional hearings.

More than 800 jets remain parked around the world, about half that number are brand new and have yet to be delivered.

Getting the 737 MAX approved to fly again by regulators was a tall enough order— then came the virus.

With passenger travel down 95%, Calhoun said airlines are deferring orders, delaying acceptance of aircraft, and “..slowing down and stopping payments.”

The message to the company’s owners comes as employees receive notice that they will be offered voluntary layoff, which up to 26 weeks of pay for every year worked along with three months of health benefits. It’s expected that thousands will take the company up on the offer, especially those already close to retirement in an effort to avert forced layoffs later on.

Yet, Calhoun’s message was not without hope. He said that the airlines will “re-fleet” with new aircraft as the industry becomes airborne again and that Boeing is being positioned to take advantage of its strengths when that future arrives.