Eight Boeing 787 Dreamliner jets were removed from service for repairs due to manufacturing issues discovered in the fuselage. 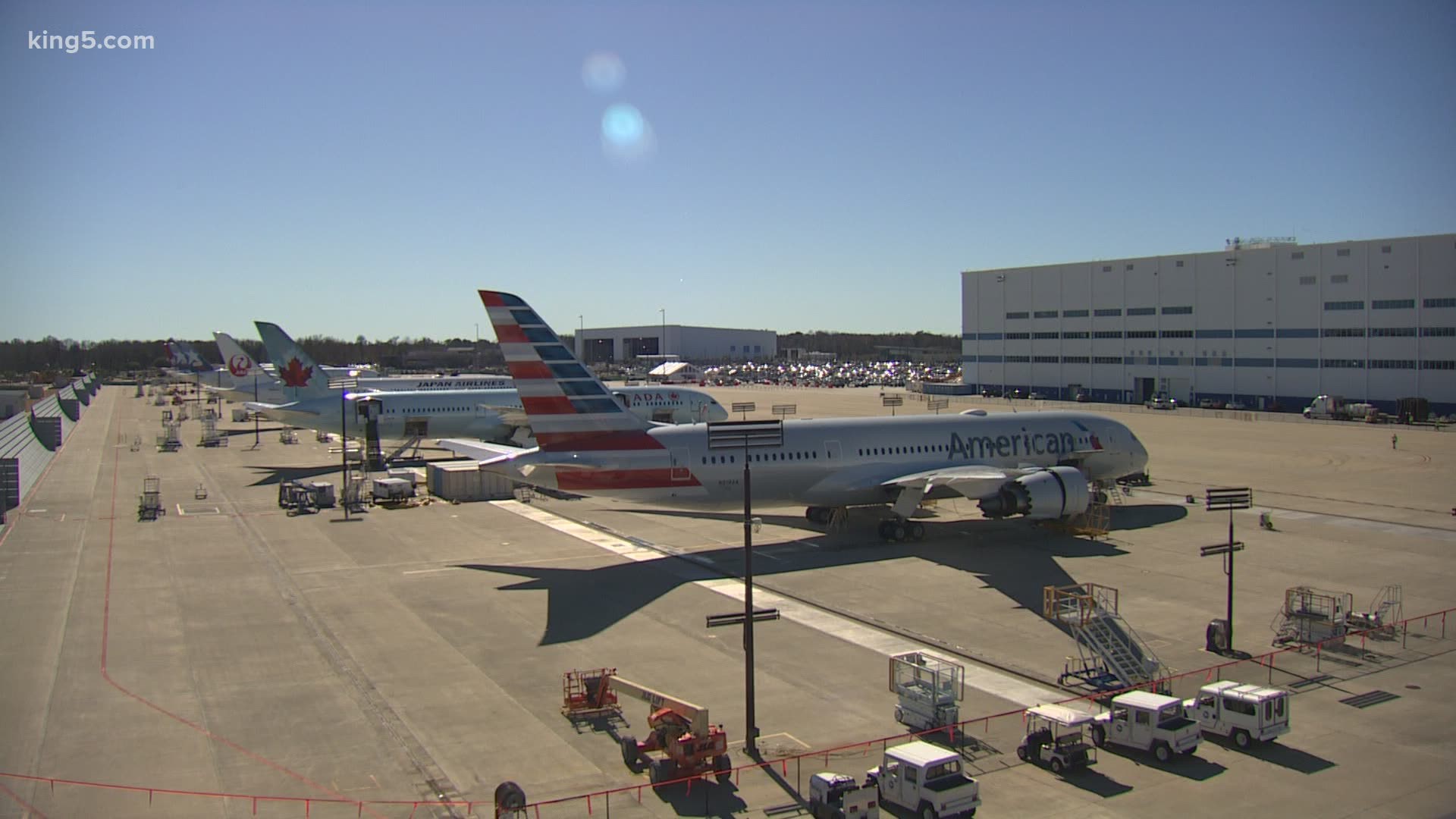 Boeing discovered “two distinct manufacturing issues” in the fuselage of some 787 Dreamliner jets.

Eight affected 787 Dreamliner jets were taken out of service after Boeing told airlines about the issue, which were found in the joint fuselage sections near the rear of the aircraft.

United, Air Canada, and Singapore Airlines have taken the jets out of service for repairs, Bloomberg reports.

The issue was first reported by The Air Current, which said it was the first known instance of a structural problem with the plane’s mostly carbon-fiber fuselage causing Boeing to tell airlines to ground 787s.

The two issues “result in a condition that does not meet our design standards," according to a statement from the company.

"We notified the U.S. Federal Aviation Administration (FAA) and are conducting a thorough review into the root cause," the statement continues. "In addition, as part of our assessment, we determined that eight airplanes in the delivered fleet are affected by both issues and therefore must be inspected and repaired prior to continued operation.

"We immediately contacted the airlines that operate the eight affected airplanes to notify them of the situation, and the airplanes have been temporarily removed from service until they can be repaired."

Boeing notified the Federal Aviation Administration and is conducting a review into the cause of the manufacturing issues.

The 787, which Boeing calls the Dreamliner, entered service at many airlines in 2011 and became popular with airlines for longer routes because of size and fuel efficiency. Boeing has delivered nearly 1,000 of them.

In 2013, when there were about 50 787s in service, the planes were grounded worldwide for three months after battery packs on two of them overheated, including a Japan Airlines 787 that was parked at Boston’s Logan Airport. Regulators allowed 787s to resume flying after Boeing redesigned the housing around lithium-ion batteries used for auxiliary power systems including the electrical system in the cockpit.

Last year, Singapore Airlines grounded two of its 787s after finding that fan blades on some Rolls Royce engines deteriorated faster than expected.