Several other 737 Max customers have recently reached agreements with the manufacturer, but the final agreement has not been publicly released due to the grounding. 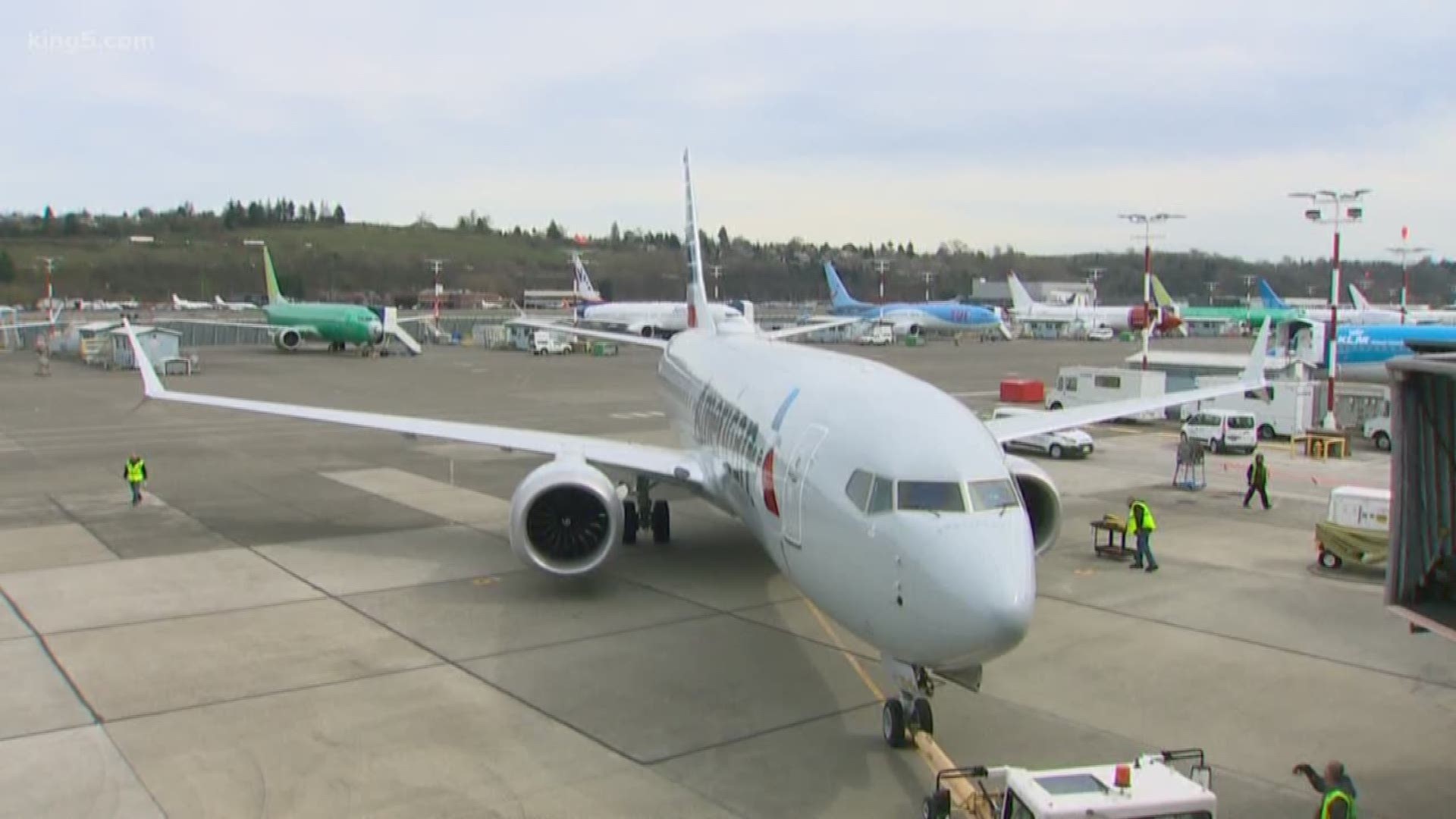 RENTON, Wash. — American Airlines said it's talking to Boeing about compensation for grounded planes and will share some of the proceeds with airline employees.

American had 24 Boeing 737 Max jets when the planes were grounded in March after two deadly crashes.

The airline has canceled thousands of flights due to the missing planes.

Boeing is negotiating with American and other airlines regarding compensation for the grounded planes. It has estimated the cost at $5.6 billion.

Several other 737 Max customers, including Icelandair, Turkish Airlines and Southwest Airlines, have recently reached agreements with the manufacturer, but the final amounts, whether in cash compensation or discounts on aircraft, isn’t yet clear because the grounding is ongoing.

Compensation for American Airlines could be in the form of cash, spare parts or help with training.

The airline said they hope to make some of that compensation eligible for employee profit-sharing, according to the New York Times.

American Airlines Group Inc. CEO Doug Parker said in October he was confident that any losses due to the Max grounding "won't be incurred by American shareholders, but will be borne by the Boeing shareholders," according to the Times.

It's not clear when the 737 Max will fly again. Boeing is still working on software and computer changes that would need approval from federal safety regulators.

American Airlines announced in December that they will add the 737 Max jets into its schedule in April if the Federal Aviation Administration certifies the plane.

RELATED: Latest Boeing survey finds 53% would be willing to fly on a 737 MAX