A heads-up display, or HUD, is a piece of glass that can be flipped down in front of a pilot's eyes, but behind an airplane's windshield or wind-screen. 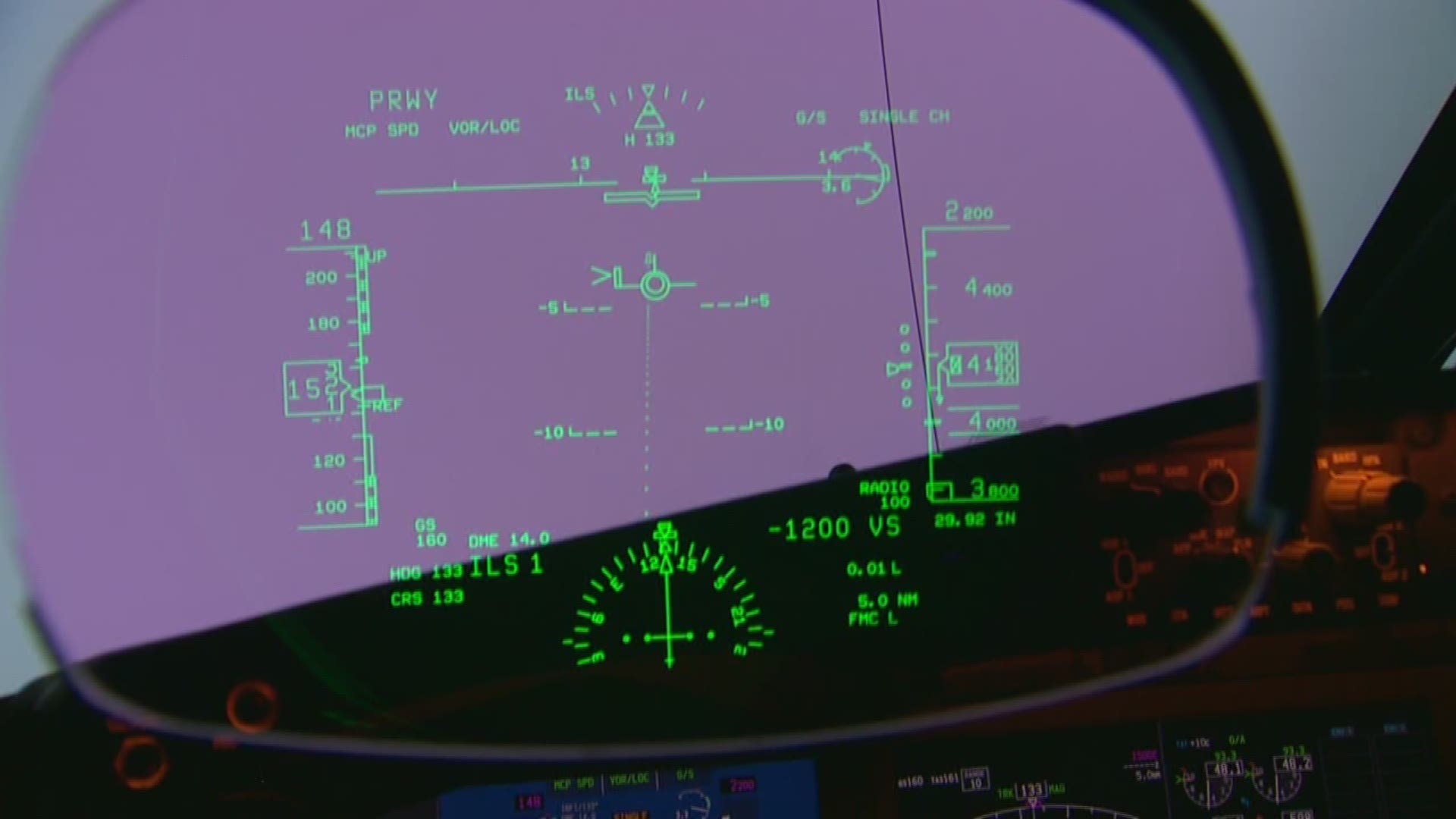 SEATTLE - A heads-up display, or HUD, is a piece of glass that can be flipped down in front of a pilot's eyes, but behind an airplane's windshield or wind-screen.

On it, are all of the instruments that normally a pilot would have to look down to see. The HUD displays data such as airspeed, compass direction, altitude and a lot more. These days, HUDs are even making it into cars, allowing a driver to see speed without having to divert his or her eyes from the road.

Now Boeing is upgrading its HUD displays with new software that can allow a pilot to fly in extremely low visibility. On landing, the pilot will see a display showing an extended line of lights leading him or her to the runway.

Where the real lights run 1,000 feet in front of the runway, now pilots can see that represented 20 miles from the airport. When landing, there is now an outline of the runway itself, and a sort of synthetic billboard is displayed to show how many thousands of feet of runway are left. All this is to make sure the pilot can avoid running off the end of the runway or has enough runway on takeoff, particularly at an airport she or he may not be familiar with.

Pilots call it "situational awareness." The more a pilot knows where he or she is in space, the safer they can be.

More and more data is expected to be incorporated into the heads-up display in the future, including displays that show the ground and terrain, such as hills and mountains near the runway. The displays will be used along with equipment on airport grounds, such as lighted stop lines to prevent a plane from rolling from a taxiway onto an active runway. 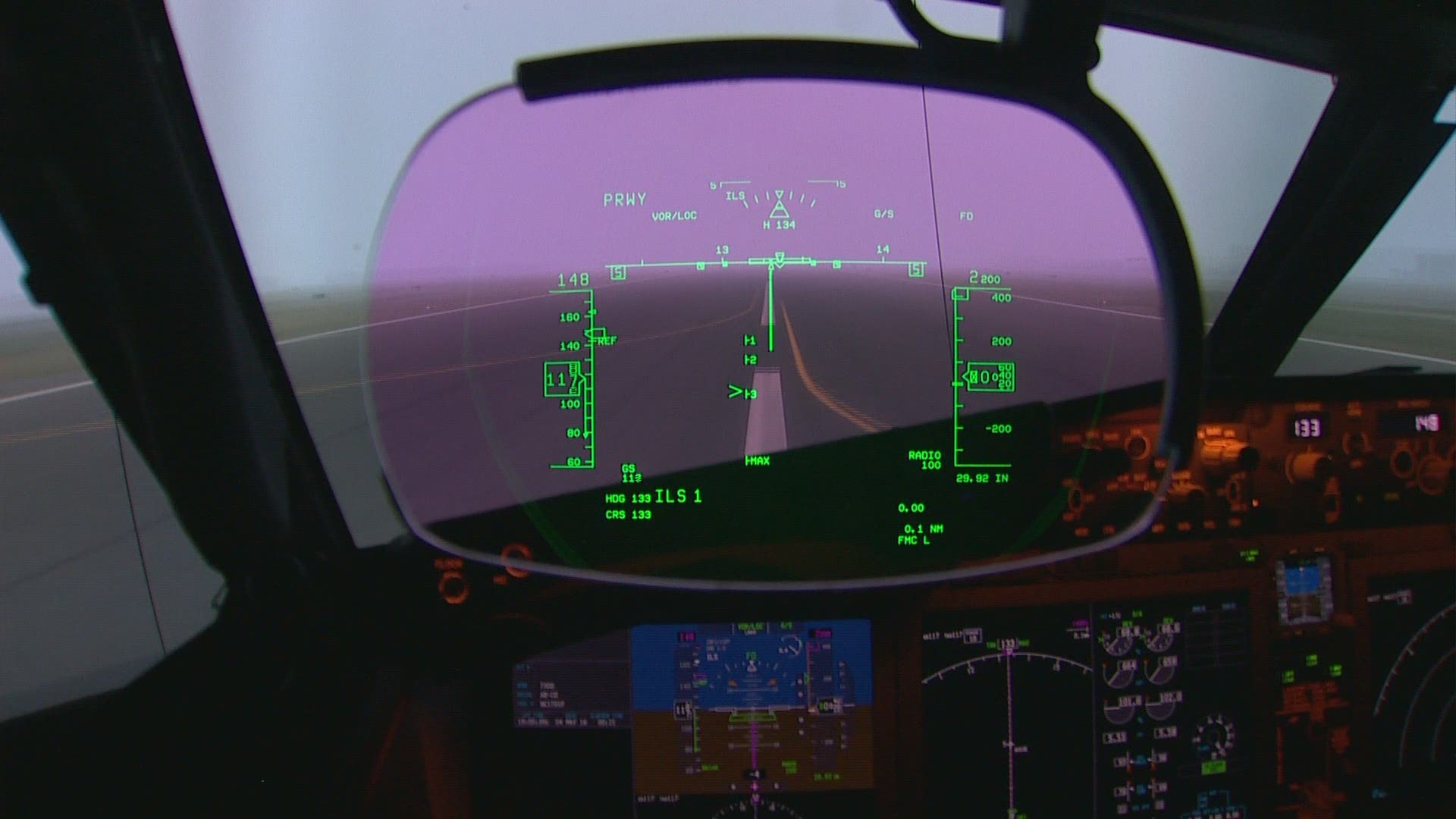