The National Transportation Safety Board continued with hearings into two Amtrak accidents, focusing Wednesday on on Amtrak's bigger safety problem. 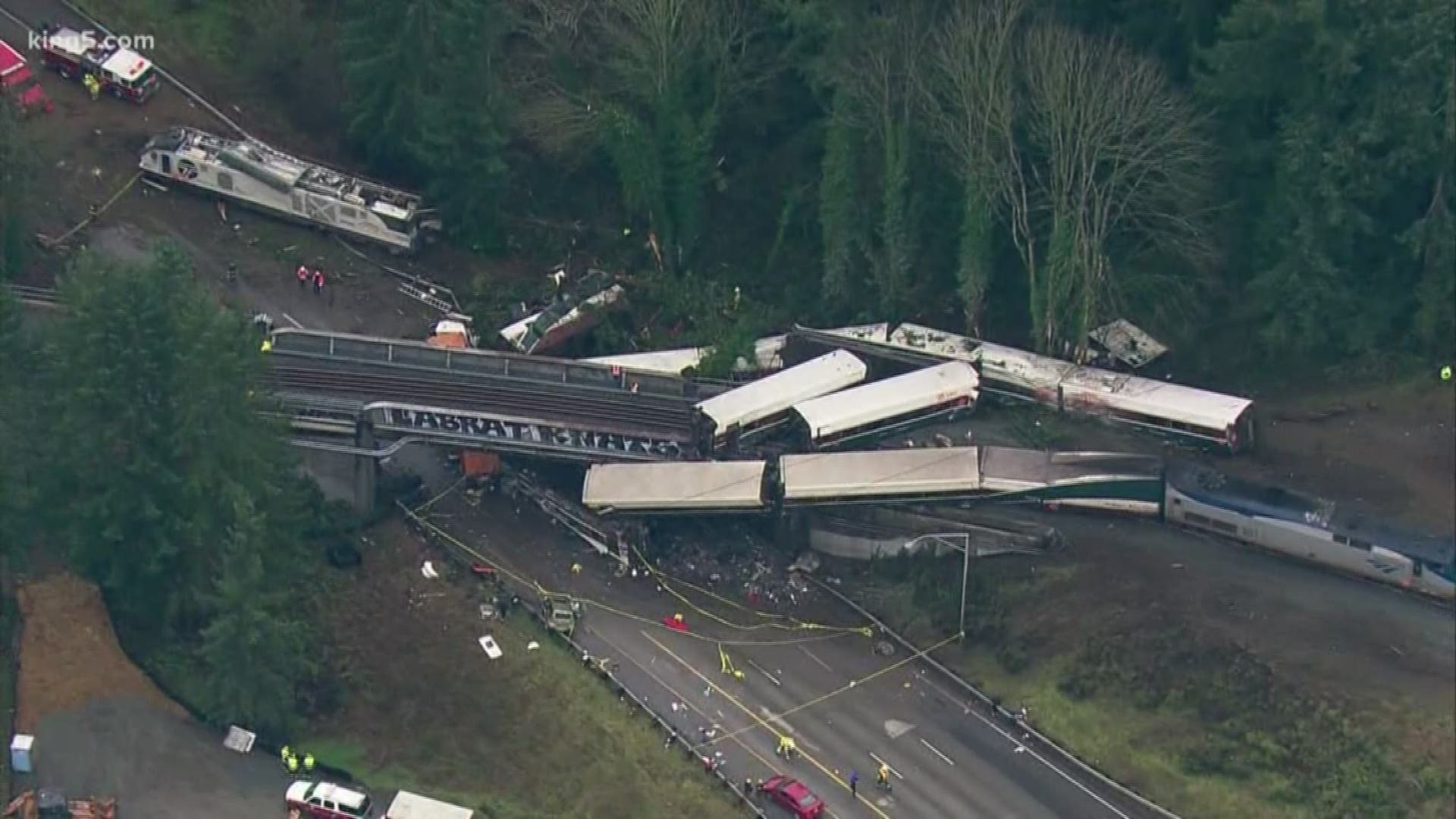 After two recent fatal Amtrak derailments, including one in Washington state, the second day of hearings by the National Transportation Safety Board looked at the broader picture involving systemic safety problems at the nation’s passenger railroad. The hearings were held in Washington, D.C.

Day one examined the facts in the December 18, 2017, DuPont, Wash., derailment above Interstate 5, which killed three and injured 70, and the February 4, 2018 collision between a Miami-to-New York Amtrak train and a parked freight train in Cayce, South Carolina. That accident killed two and injured 116.

RELATED: Engineer in deadly Amtrak crash had no experience on new locomotive

Impastato outlined broader changes at the government supported railroad in the wake of the accidents.

“The safety team at Amtrak now includes a combination of career railroad employees augmented by people who have experience in aviation, healthcare, systems engineering, aerospace engineering, nuclear power generation, defense systems, petrochemical processing and heavy metal mining,” she said. Those are all industries that have had to create safety management systems to protect lives.

Hylander is a champion of using large amounts of data to spot problems in aircraft maintenance and operations to identify risks and fix them before they can lead to accidents.

It may seem counterintuitive, but in 2018 it’s safer to fly than take Amtrak. Consider the following: The single fatality on board a Southwest Airlines 737 in April was the first death aboard a U.S. airliner in nine years. In that incident, a woman was killed by flying debris during an uncontained engine failure. Consider while Amtrak operates about 300 trains a day, airlines will have thousands of flights in the air over the United States during any given hour.

“It’s a never-ending journey, a never-ending journey,” said Damien Pallant of SNCF, France’s national rail network regarding his country’s safety efforts. Both France and the United Kingdom sent representatives to talk about their improvements in safety, which like the U.S. airline system, operates more trains carrying more passengers than Amtrak at even higher speeds.

Amtrak operates much of its national network over tracks owned by the nation’s private freight railroads. Amtrak-owned trackage is concentrated in the northeastern U.S. The upgraded tracks, which were the scene of December’s Washington state derailment, were owned by regional transportation agency Sound Transit.

Positive Train Control (PTC), a complex safety system involving sensors, radio networks, and satellites, is expected to be finally implemented by December 31, 2018, after years of delays. PTC could have prevented both the Washington and South Carolina derailments. But testimony on day one addressed how no system is perfect, and the safety culture and procedures still needed to be upgraded.

“I think there’s a long way to go in general in the rail industry," said NTSB Board Chairman Robert Sumwalt in his closing remarks.

Sumwalt, a former airline pilot, added, “With that said, I want to encourage Amtrak to hold the line steady and press forward. I think you’re moving in the right direction."