Jeff Bezos' space company Blue Origin cut the ribbon on a new facility and is also revealing new, reusable rockets sure to be the future of space travel. 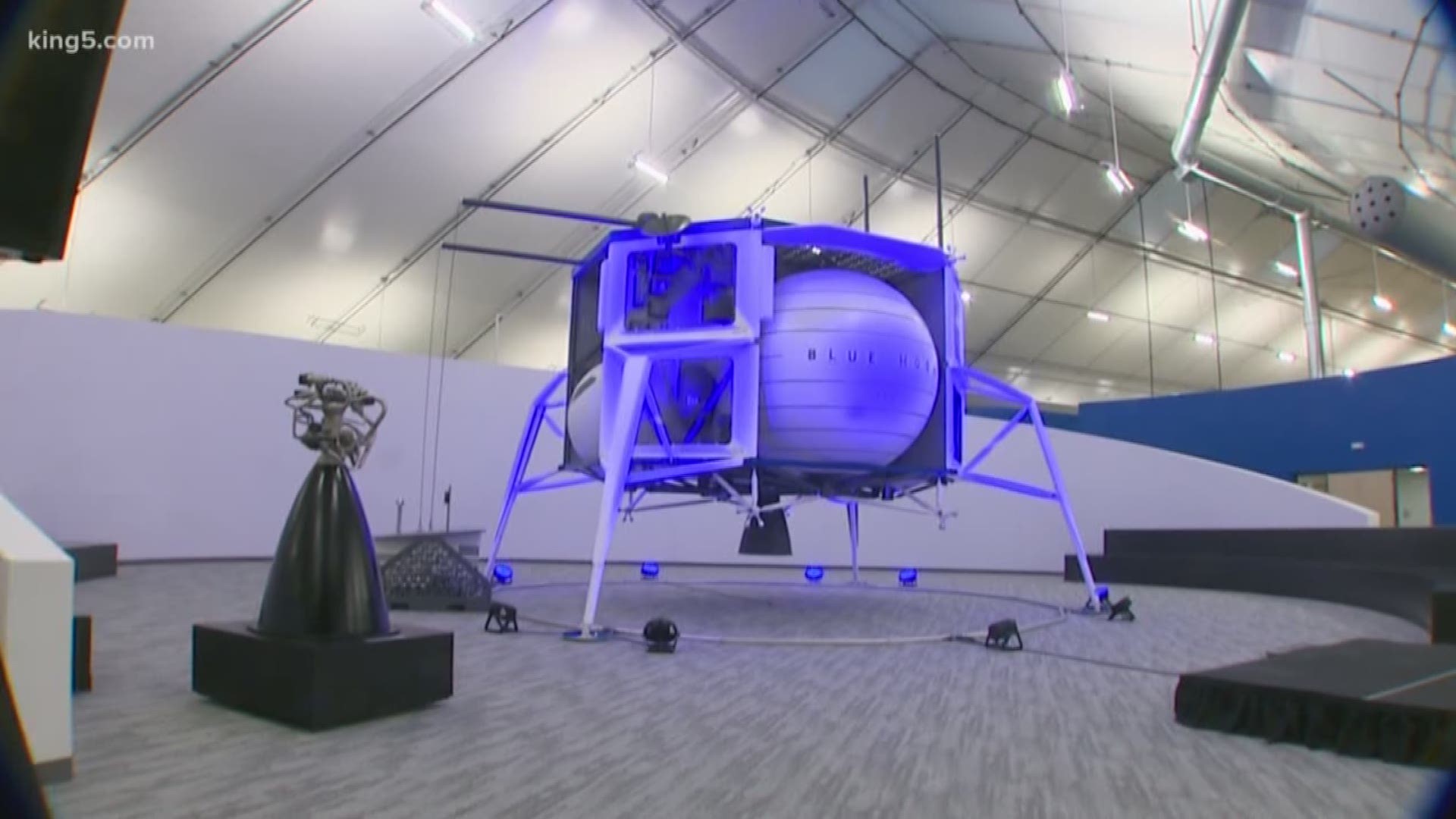 KENT, Wash. — With an expanding local employment base of 2,000 workers, Kent-based Blue Origin is perhaps the biggest of the new space companies that call Washington state home.

Founded by Amazon's Jeff Bezos, the company has long-been considered secretive, or at the very least, low-profile. Now that appears to be changing.

The company's new headquarters sits on 30 acres of land with nearly half the real estate dedicated to providing 50,000 cubic yards of floodwater storage and wildlife habitat, along with measures to control invasive plant species. Its blue and white fabric roof and the open, well-lit space inside is a big change from the unmarked, low key headquarters across the street.

"It really is a coming-out party," said Emily Whittman, President and CEO for the Aerospace Futures Alliance, an organization dedicated to strengthening and growing aerospace jobs in Washington. "We're really excited that Blue has really embraced a more public persona, and that Kent is a place for more space investment."

Blue Origin doesn't have modest goals, either. The company's Blue Moon lunar lander is developed to put supplies onto the surface of our cratered neighbor, to help create a future where people will travel to the moon, and stay.

Carrying the Blue Moon is a new rocket on the scale of the Saturn V, the rocket that took astronauts to the moon in the 1960s and 70s, and that's not all.

When Smith talks about the future, he doesn't talk in terms of decades for big steps, but half-decades.

This year alone, if everything goes as planned, people will fly to the edge of space aboard the New Shepard rocket, which has already performed a dozen successful flights from Blue Origin's West Texas facility.

Much like an episode of the 1970s space series Buck Rogers, back when space travel was a mere fantasy, the New Shepard is reusable and lands on its own.

The company also has plans to launch its New Glenn rocket from Cape Canaveral, Fla. in the coming years. It's also a rocket designed to land itself atop a special ship in the ocean.

Reusable spacecraft is considered by Blue Origin a key way to cut the astronomical costs of traditional one-time use space vehicles.

Blue Origin isn't slowing down with its expansion in Kent, it's also building a new facility in Huntsville, Ala. for engine development and manufacturing.

RELATED: Elon Musk unveils SpaceX rocket designed to get to Mars and back