Deliveries by drone are already happening in pilot projects across the country. 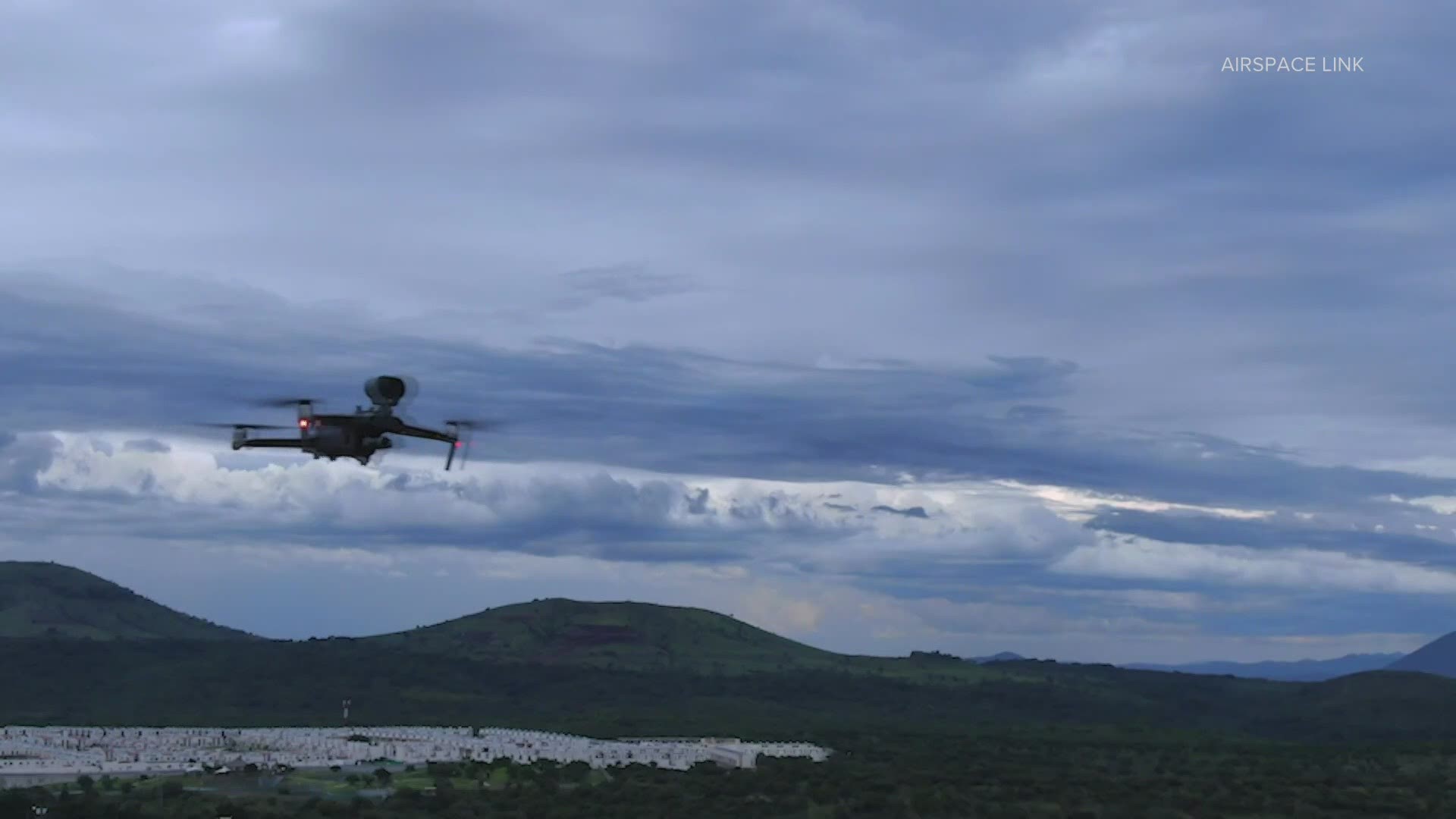 OLYMPIA, Wash. — Prescriptions, food, even beer could be coming to your front porch from the sky soon. Members of the Washington State Transportation Commission will likely include plans for aerial drone highways in the state’s future transportation plans.

"I believe as a commission we need to be looking 20 years to the future and know that, that's what's coming," said Washington State Transportation Commissioner Jim Restucci.

On Tuesday, commissioners heard a presentation from state officials and Michael Healander, the CEO of Airspace Link, a company mapping out routes for drone delivery pilot projects in dozens of locations across the U.S.

Healander said his company is doing what urban planners did when highways were originally built.

"Where do the roads go? Where are the side roads?" Healander told commissioners, "All the same issues you have with on the ground, how do you apply that to the air?"

He said drones in nearly 50 locations across the country are already delivering goods in pilot projects.

Golfers in Michigan will soon get drone-delivered meals on the course and pilot projects have already successfully transported medical supplies in Ohio, even beer in Southern California.

"We have about 40 data sets, land use, zoning, schools, hospitals," said Healander.

Transportation Commission Executive Director, Reema Griffith, said the idea of commercial use of drones "has a lot of promise," but said any framework allowing it is still years away.

"There’s a lot of site issues, city ordinance laws, all that coordinating is going to be complicated just to make sure the public feels confident," said Griffith, "That’s also a huge issue, 'Do I know there’s a drone flying over my house? Is it coming by my window.'"

Healander said companies eager to start drone deliveries have been willing to remove cameras and work with local governments to ease public concerns.