The app by Blue Canoe Learning allows users play a game where they pronounce words, and the app is smart enough to tell them if they did it correctly. 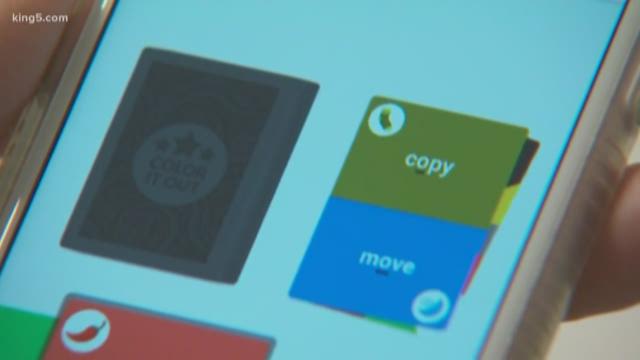 Seattle-based Blue Canoe Learning has built an app that helps non-native English speakers improve their pronunciation of the language through machine learning. It's the first company to be a part of an incubator program at the Allen Institute for Artificial Intelligence, founded by Microsoft co-founder Paul Allen.

"Blue Canoe, first and foremost, will start helping companies who have employed lots of non-native English speakers," said Sarah Daniels, CEO of Blue Canoe. "It will help those companies help those employees to reach their full potential."

Many language-learning companies currently help speakers with grammar and vocabulary, but Daniels says pronunciation can help people become more fluent in English. Fluency means having real conversations, advocating for something in a workgroup or genuinely helping a customer solve a problem. It could benefit tech companies and give employees life-long skills.

The app digitizes a tool called the Color Vowel System and gameifies pronunciation through machine learning. The Color Vowel system is a language program used by many institutions to help learners hear and pronounce the sounds of English. App users play a game where they pronounce words, and the app is smart enough to tell them if they did it correctly.

Have you ever heard of the Color Vowel system? It helps people learn English better -- pretty cool! pic.twitter.com/Oc3d30aUOA

Have you ever heard of the Color Vowel system? It helps people learn English better -- pretty cool! pic.twitter.com/Oc3d30aUOA

This is useful as many non-native English speakers are speaking sounds that may not exist in their native languages. Also, research shows that our brains stop listening to new language sounds after age five or six. That's why it becomes harder to be fluent in another language as we get older.

Blue Canoe is in a pilot program phase with its corporate customers, who will provide the app to its non-native speaking employees. It could be available to the public by early next year.

"It really has a chance to make a profound impact on so many hundreds of millions of people," said Daniels. "And that's the reason to get out of bed every morning."