Amazon’s Bellevue campus could rival size of HQ2 in Virginia

New Amazon plans suggest robust growth in downtown Bellevue with the potential for 4 million square feet within a decade. 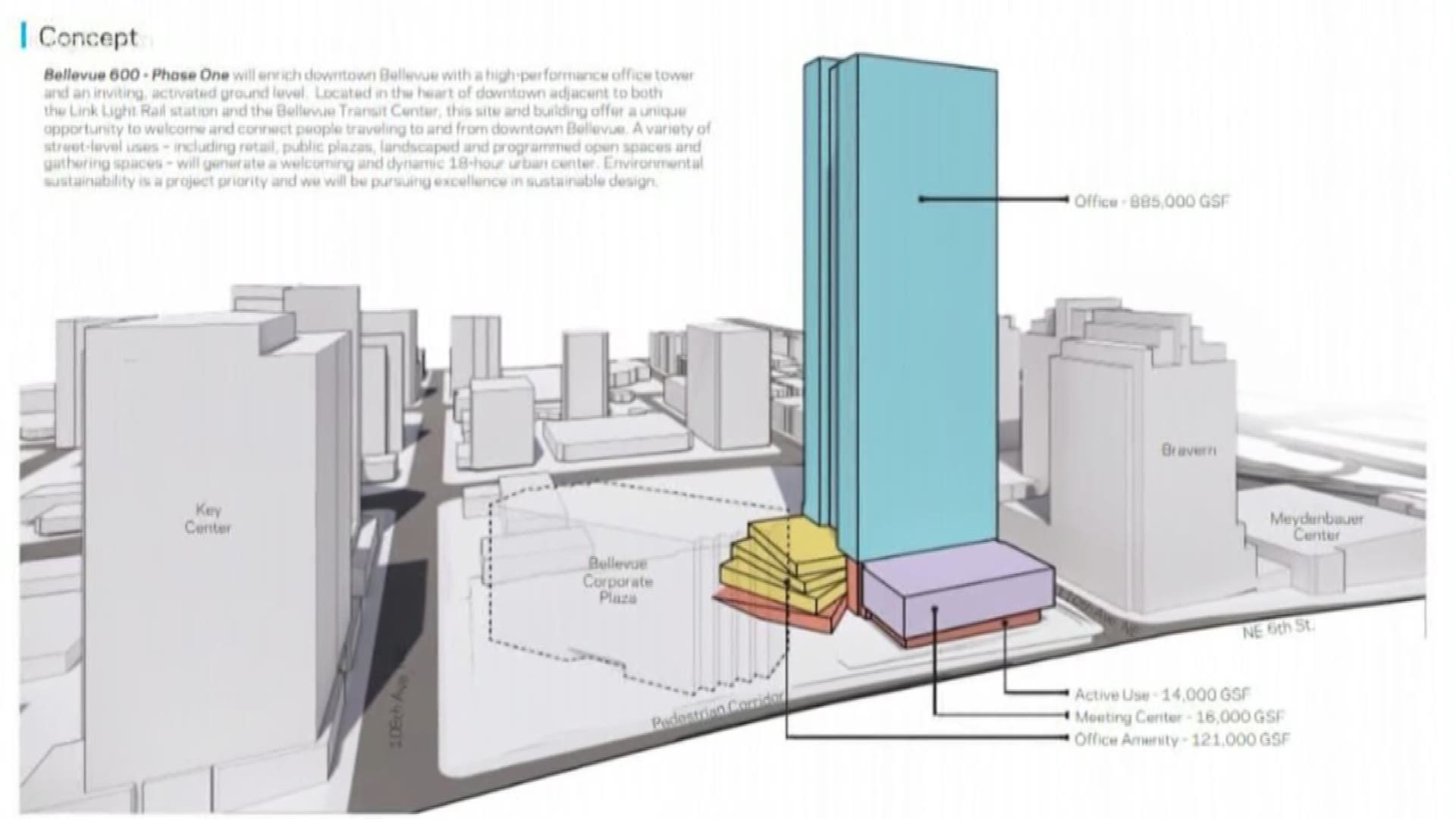 BELLEVUE, Wash. — Amazon was born in Bellevue 25 years ago Friday, and may be quickly returning to its roots.

This week the company unveiled plans to build a 43-story tower across the street from the Bravern complex and next to the transit center. If completed, it would give the company close to a million square feet of office space in the spot. Those plans filed with the city also show the potential for a phase two with another tower of the same size.

In addition to already leased space, it could mean the company would eventually occupy close to 4 million square feet, which is on par with the company's plans in Virginia for the originally dubbed HQ2. Both sites pale in comparison to the more than 11 million in square footage Amazon occupies in Seattle.

But given the company's frustration with Seattle politicians, the subtext is there. By one account, the Amazon vision could allow for 25,000 employees to occupy the Eastside within the next decade.

An Amazon spokesperson says the pre-application for the Bellevue 600 project is only a "concept of our vision" and will likely evolve. The tower is slated to be completed by 2024, a year after East Link Light Rail opens up next door. The tower, as envisioned, would be the tallest in Bellevue.

Currently, according to Amazon spokesperson Adam Sedo, there are 540 positions in Bellevue.