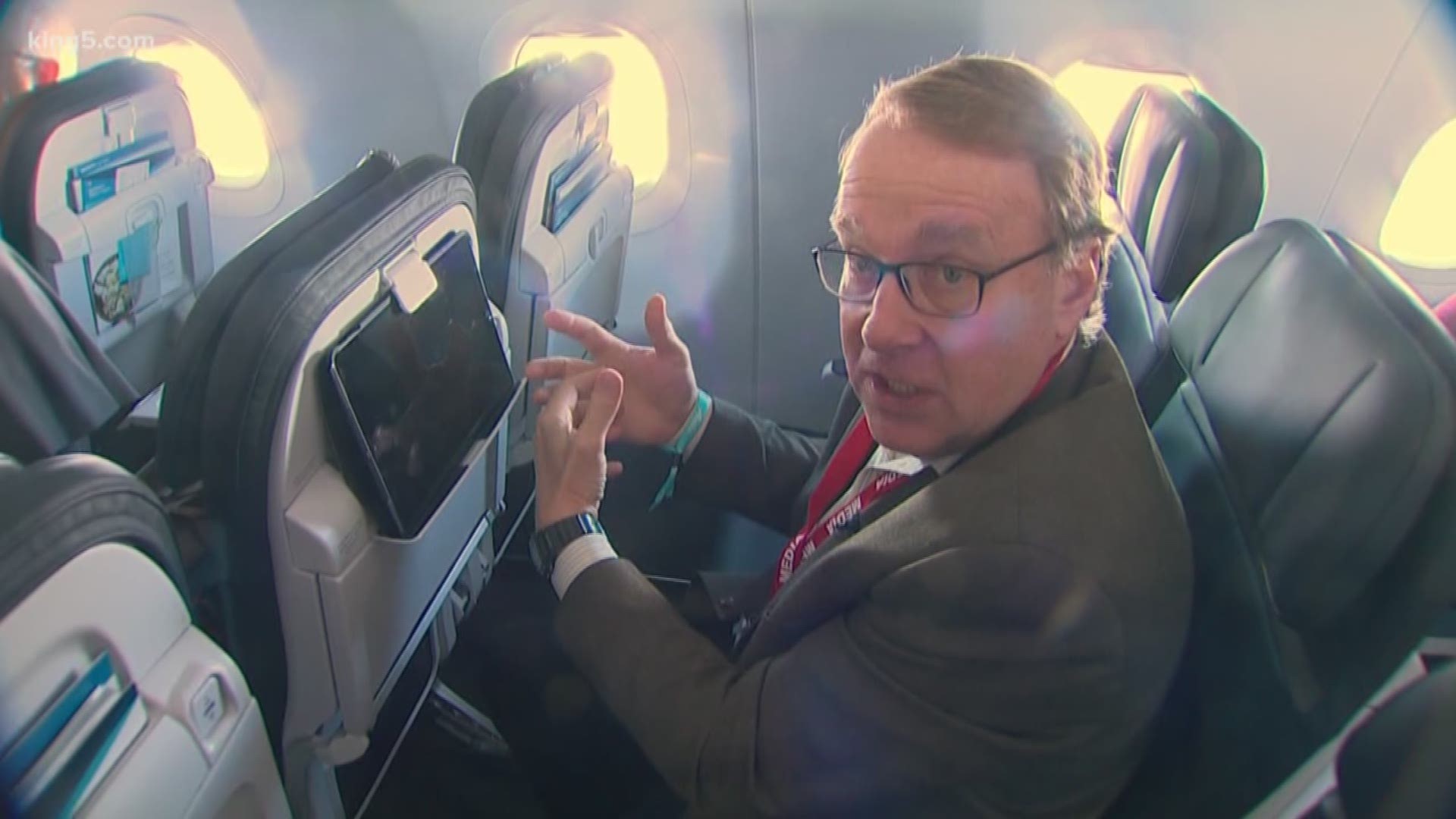 Alaska Airlines acquired Virgin America in 2016, creating the largest airline on the west coast and 5th largest in the country.

KING 5's Glenn Farley flew on a newly renovated jet with aviation journalists and travel writers. The plane was an A321, one of 73 Airbus jets joining the Boeing-focused feet of Alaska.

Gone are the old video screens on the backs of seats. Instead, the planes are designed to hold a passenger's device - a smartphone or tablet. Devices can connect to Alaska's movie network or stream from a site like Netflix.

The difference is that this system is lighter than built-in video screens. Weight is cost for airlines, so Alaska is banking on a competitive advantage that may help lower fares.

Forbes.com writer Michael Goldstein told KING 5, "I think it really does. People have accepted this whole points and miles thing as another form of currency. So they want to get something for their quote-unquote 'money.' I think Alaska may have pulled off the very best trick of all, fitting in more seats on a plane and making it feel more comfortable."

The changes will be rolled out to more planes as the red tails from Virgin America jets take on the signature blue design of Alaska Airlines. The makeover already extends to Alaska's fleet of Boeing 737s.