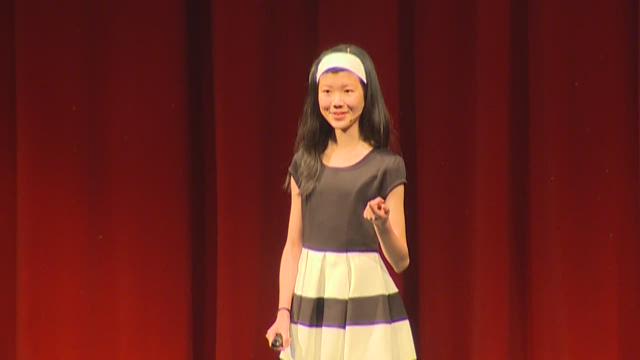 The event gave 14 entrepreneurs just five minutes to pitch their ideas in front of a room full of philanthropists, investors, colleagues, family, and friends.

Pan’s idea: a high-tech version of a rummage sale, with all proceeds benefiting schools in Washington. Pan envisions iRummage as an online donation platform for buying and selling goods.

So that old couch in the garage you've been trying to get rid of? Pan's idea is that you could post that couch for sale on the iRummage app. But instead of pocketing the proceeds, the money made from selling the couch would be donated to schools instead.

Pan also views iRummage as a hands-on platform for children to learn about business practices.

Together, she believes the program could raise $100 million for schools in this state alone.

Each entrepreneur at the fast pitch showdown, including Pan, is competing for more than $300,000 in grant money and prizes

Pan said she will use any prize money she's awarded to start the development of her iRummage app.

When she's not designing and developing apps, Pan is an eighth grader at Lakeside School in Seattle.