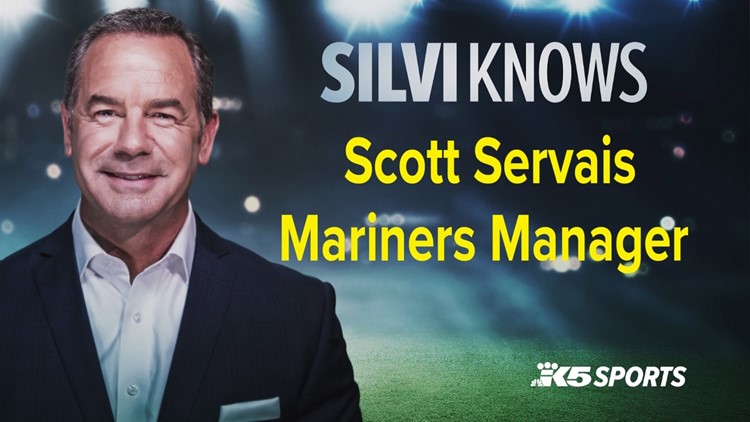 SEATTLE — Mariners manager Scott Servais is entering his fifth season in Seattle, but he has no idea what to expect from what is currently the youngest team in Major League Baseball.

General Manager Jerry Dipoto calls last season and this season "step-back" seasons. The organization has jettisoned most of its big contracts and plans on playing and developing its younger players. Servais joins the Silvi Knows podcast this week to talk about the upcoming season, one that will begin without Mitch Haniger.

Servais talks about the temporary loss of his star outfielder (1:00) and also about his talented prospects (4:00) including Kyle Lewis and stud pitcher Logan Gilbert.

Mariners fans will get to know all about the pitchers and position players through the eyes of Servais, including number one starter Marco Gonzales and Yusei Kikuchi (8:00).

Where does last year's lone Mariners All Star Daniel Vogelbach fit into the lineup, since Evan White seems to have first base all locked up (13:30)?

The Mariners also took a page from the book of Seahawks quarterback Russell Wilson, bringing in a mental conditioning coach to address the team (14:30).

We wrap up the podcast with Scott's opinions on the sign-stealing scandal (19:00) and the experimentation of electronic umpires at spring training (21:00).