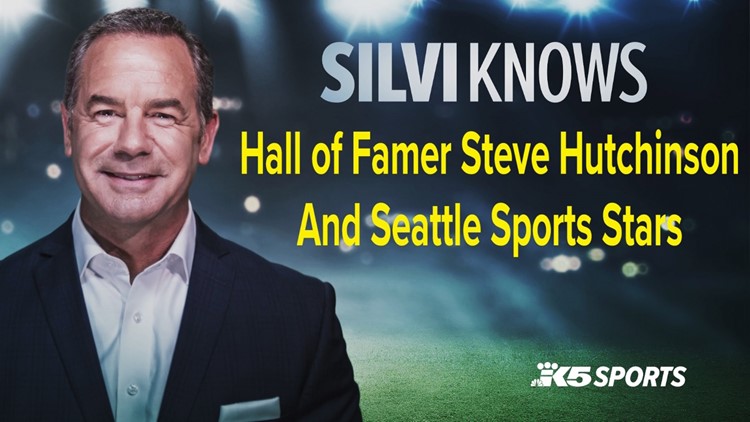 The 85th edition of the Seattle Sports Star of the Year show gave Chris Egan and I the opportunity to talk to some of the candidates up for the various awards as well as other well known athletes and celebrities attending the event.

On this week's edition of the Silvi Knows podcast, newest Pro Football Hall of Famer Steve Hutchinson talks about his election to the Hall as well as mending his relationship with the Seahawks after his departure in free agency (26:00). Fellow Hall of Famer Walter Jones also joins us for a few fun moments (32:20).

Seahawks general manager John Schneider and his wife Traci talk to us about their work in the community (33:30). We also take a shot and ask John who he will take in the first round of the NFL draft.

Cougars running back Max Borghi (1:00) talks about his career, new head coach Nick Rolovich and even his placekicking skills. Rolovich also joins us to talk about the challenges ahead in Pullman (45:00).

Storm guard Jordin Canada reflects on last season and gives us her heartfelt thoughts about the passing of NBA legend Kobe Bryant (5:40).