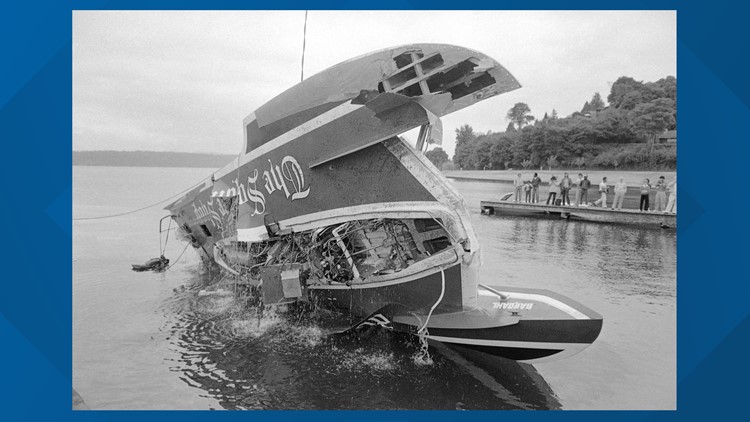 Photo by: AP
Hydroplane is lifted from Lake Washington on Wednesday, Sept. 9, 1981, after it. The driver, Chip Hanauer, escaped without serious injury. (AP Photo)

With Seafair celebrating its 70th anniversary this year, it's a good time to appreciate just how much history is in its marquis event - hydroplane racing.

I sat down with one of the sport's legends, Chip Hanauer, in this week's Silvi Knows episode.

No driver won more Gold Cup titles than Hanauer. He won 11 during his racing career, but he also suffered some horrific crashes.

Hanauer describes the feeling of being in the cockpit (with a little help from Hall of Famer Reggie Jackson - 8:15). He talks about the mental challenges he faced taking over for drivers who were killed in crashes (16:31), as well as the worst crash he suffered that left him with a neurological disease (21:11).

RELATED: How to watch and attend Seafair Weekend in Seattle