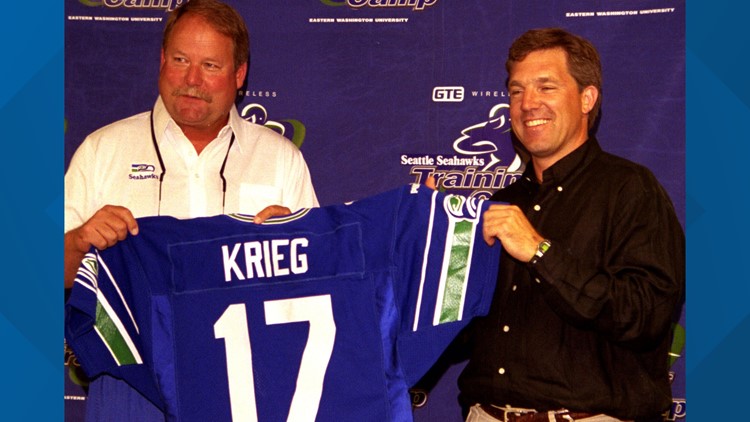 PODCAST: Should former Seahawk Dave Krieg be in the Hall of Fame?

SEATTLE — Dave Krieg spent 12 of his 19 NFL seasons with the Seahawks and earned a spot in the team's Ring of Honor. Should Dave Krieg be in the Hall of Fame (33:40)? He answers that question and more in this week's episode of the Silvi Knows podcast.

His love of football began with a Green Bay Packers uniform when he was five years old (6:03). The passion he developed for the sport led to an improbable football career that gained traction at a now-closed Milton College.

Krieg talks of his first NFL start, an upset win over the Jets and the New York Sack Exchange (9:29). Krieg played for six teams, calling the 1994 Lions the best team he ever played for (17:13), but the greatest win he ever had as a Seahawk was in Kansas City, despite getting sacked seven times by Derrick Thomas (22:43). After that game, head coach Chuck Knox did something Krieg will never forget (24:00). Krieg vividly remembers getting to within one win of the Super Bowl and losing to a Raiders organization he learned to hate (28:10).