The images show just how widespread the flooding throughout northern Washington and British Columbia was this week. 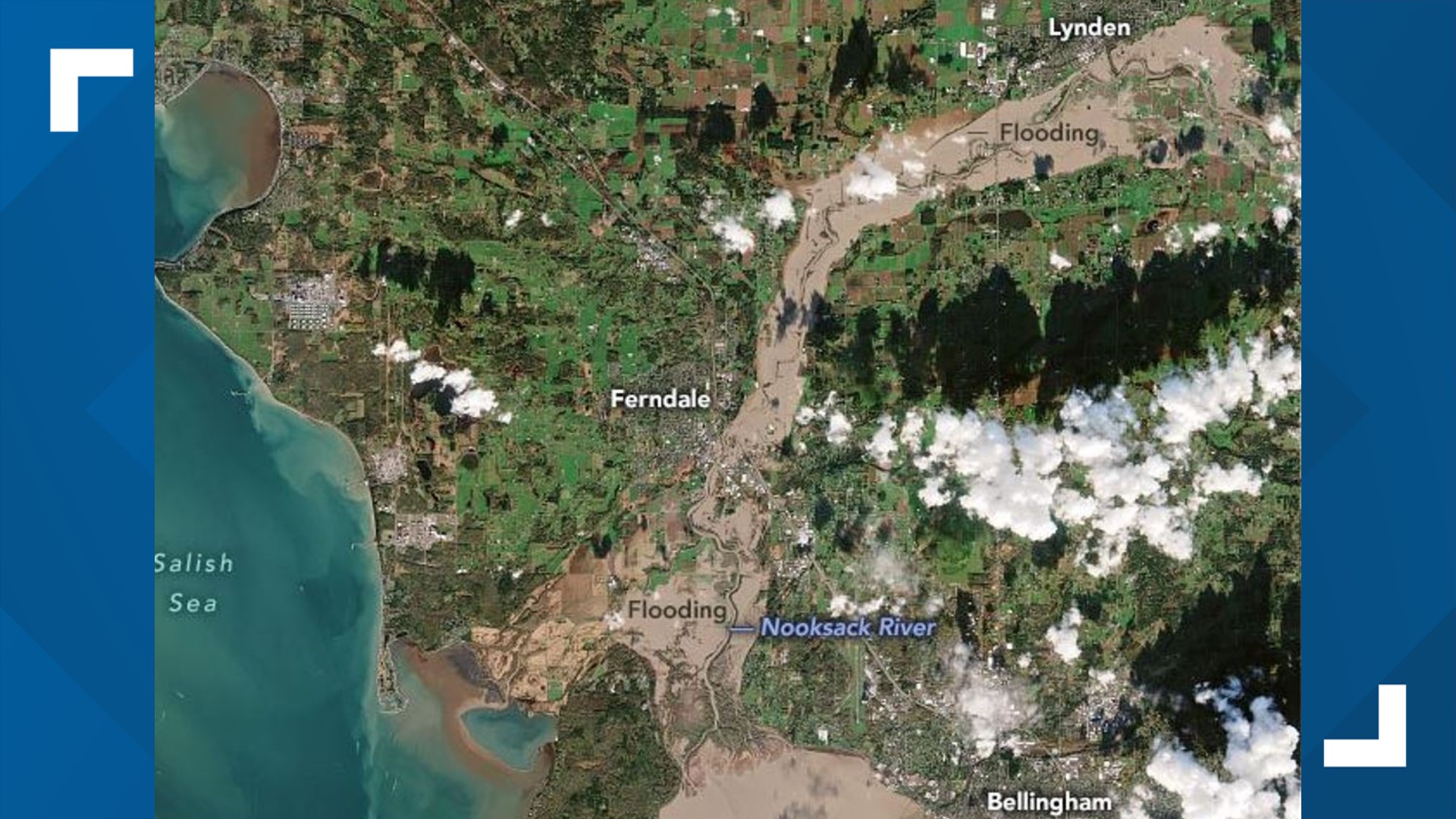 BELLINGHAM, Wash. — Communities in northwest Washington are looking toward recovery Friday after a torrential storm brought inches of rain in just days and caused multiple rivers to flood, resulting in extensive damage.

Images released from the National Aeronautics and Space Administration (NASA) show just how devastating the floods were throughout the region.

One of the images released from NASA on Nov. 16 shows extensive flooding all the way from Lynden to the west along the Nooksack River through Ferndale. The images also show a significant amount of topsoil being carried into Puget Sound.

A product of yet another atmospheric river moving through the region, the roughly 4 inches of rain in some parts in just 24 hours broke numerous records, according to NASA.

On Nov. 14, the airport in Hope, B.C. measured nearly 7 inches of rain, and Vancouver saw 2 inches. Those are daily records for each city.

As for Washington, just south of the Canadian border, Bellingham reported nearly 3 inches that day, the fifth-wettest on record.

With 2 more inches falling on Nov. 15, the city broke its two-day rainfall record.

Credit: NASA
Multiple areas across the northwest experienced record levels of rainfall from Nov. 13-15, according to NASA.

The impacts continue as residents in Sumas, Everson and Nooksack are warned of potential asbestos exposure from the floodwaters.

Throughout the week, hundreds of people were forced to evacuate across Skagit and Whatcom counties.

The National Weather Service said Friday that no further river flooding is expected in the region for at least seven days.