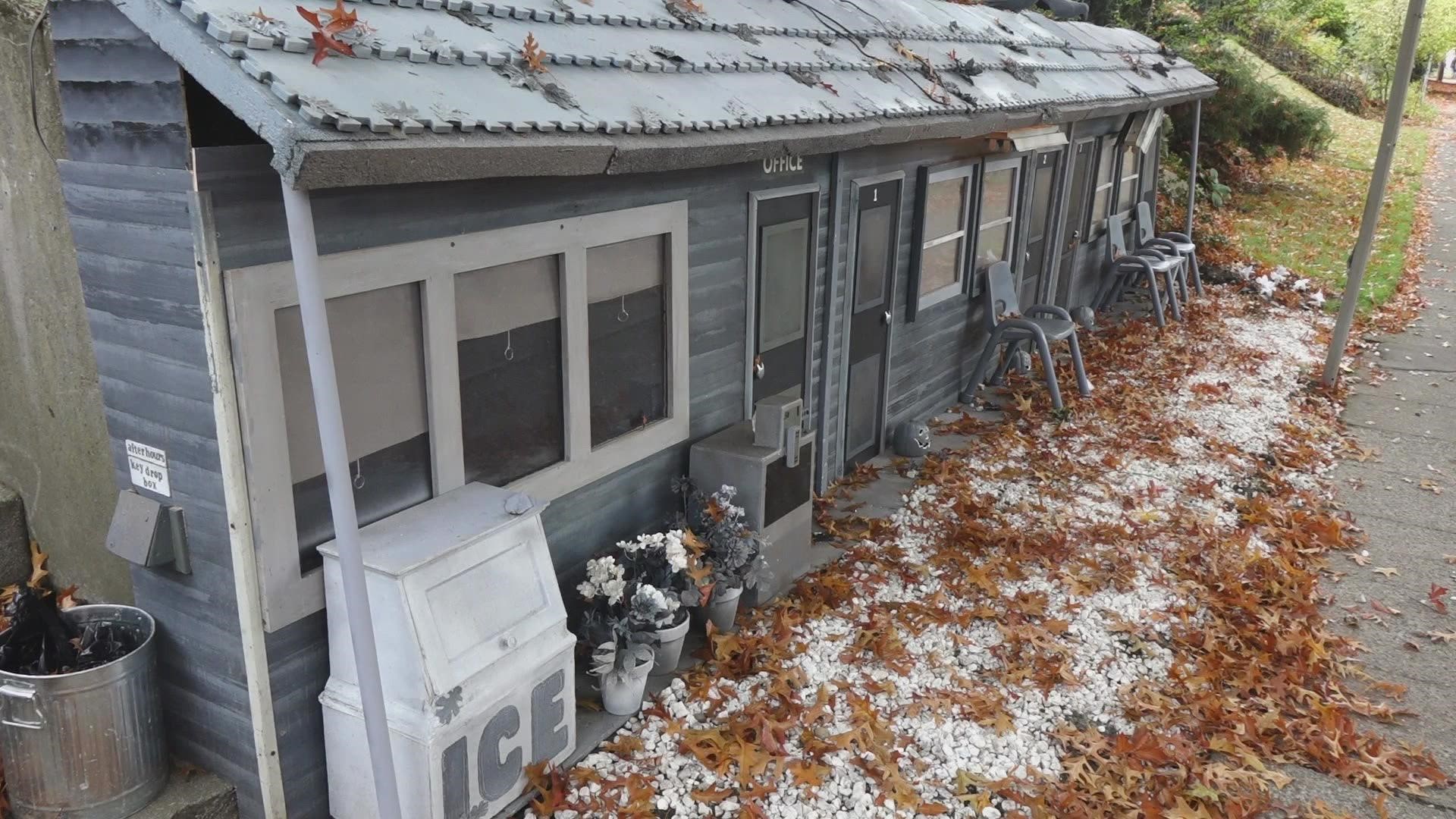 SEATTLE — One of the most famous movie sets of all time has been recreated from scratch in a pint-size form on Seattle’s Queen Anne.

Richard Knowles made headlines -- and just about every social media feed -- a year ago when he built a painstakingly accurate model of the Rosebud Motel from the hit television series Schitt’s Creek. Even the show's official social media account shared images of the impressive work.

Knowles is now putting the finishing touches on another familiar hotel, but with a spooky Halloween twist. The Bates Motel is the backdrop for the classic 1960 movie “Psycho.” The movie was in black-and-white, so Knowles painted the entire mini film set in various shades of gray.

The entire facade was built by hand and cut to scale, from the doors to the mini windows.

“I started with some rubber foam I had sitting in the garage. I was trying to figure out what to do with what looked like rubber shingles and that’s now the roof -- so it all started with that.”

The ice machine, newspaper box, and housecleaning cart with clipboard and supplies were all custom creations that Knowles did in his spare time. Knowles is a card dealer at a local casino, but spends his free time crafting and building the ever-expanding yard display that’s quickly attracting onlookers.

“I love that people love it," Knowles exclaimed.

Knowles encourages visitors to swing by the corner of 10th Avenue West and West Bothwell on the northwest side of Seattle's Queen Anne neighborhood. The display will stay up until after Halloween and then Knowles said he will replace it with a new and updated version of the Rosebud Motel from Schitt’s Creek.

“I’m really excited for people to see what I’m doing next!”