Woman's operation room dance before mastectomy gives hope to others

The story behind the viral video of a woman dancing in the operating room is giving fellow cancer fighters hope. 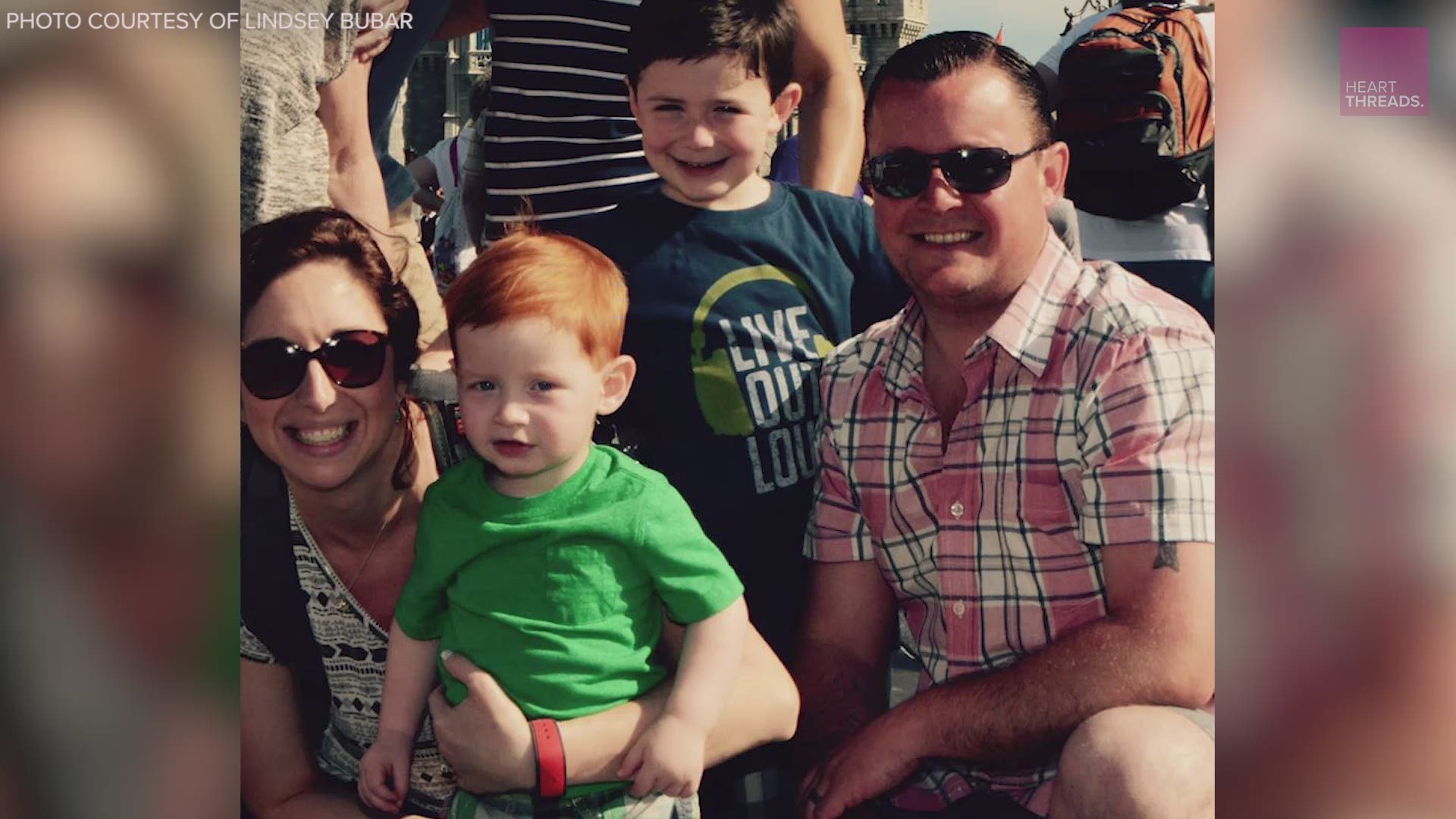 LONGMEADOW, MA -- Lindsey Bubar found the lump the week of her 35th birthday.

“Like any healthy 35-year-old, I thought it was anything other than cancer,” Bubar said. “My husband and I went to the follow-up and they slid a piece of paper across the table and said, ‘You have breast cancer.’”

Bubar was stunned. No one in her family had ever been diagnosed with breast cancer.

“It’s a lot of, did I do something wrong?” Bubar recalled thinking.

The diagnosis initially took a toll on the mother of two. The woman known for lip-syncing into her hairbrush and dancing in her pajamas was having trouble being her bright, bubbly self.

“There are moments, especially in the beginning, where the fear of it all was just so overwhelming that I got visions of my funeral service,” Bubar said. “When I caught myself in that thought I just got out of it. I said, ‘Absolutely not.’ Like, what the heck are you doing?”

Bubar knew in order to fight for her life, she’d have to make a choice.

“There are just too many good things around me,” Bubar said. “I’m just choosing to be happy. I’m choosing joy.”

That’s why Bubar goes above and beyond to always incorporate joy, no matter the circumstances.

“We had a (head) shaving party,” Bubar said. “It was the one thing at that point I had control over. I had already had my first chemo treatment and I knew my hair would be falling out and I said, ‘No. The chemo is not taking my hair, I’m taking my hair darn it!’”

Bubar describes her head-shaving party as one of the most empowering moments of her life.

So, it was no surprise that when Bubar faced another difficult hurdle she faced it not only head on… but with a smile.

“On March 15, 2017 I had a lumpectomy and we were really hopefully that the lumpectomy would just kind of close the books and that they would get it all,” Bubar recalled. “After they did a bunch of lab work and determined they by no means got it all and that I would have to go in and get the mastectomy.”

But Bubar was feeling nervous when surgery day arrived. As she went into surgery prep, Bubar’s cousin Nicole, had an idea.

“My surgeon comes in the room and Nicole looks at the surgeon and says, ‘So… question of the day, can we have a dance party?’ And my surgeon was immediately like, ‘Yes! Oh my gosh absolutely!’ She pulls out her iPhone and she says, ‘I’m going to get this song queued up for you. What song do you want?’”

It was a no-brainer for Bubar. It had to be Whitney Houston’s, “I Want to Dance with Somebody.”
As Whitney’s beloved voice rang out, Bubar was back in her natural habitat - grooving, shaking and feeling elated while dancing around the pre-op room. She even got her entire surgical team in on the fun.

“It’s just a great way to go into an otherwise really scary, crappy situation and if you get your mindset in the right place, then everything is going to be fine. It was fantastic,” Bubar said. “Everyone in the room was moving and shaking and singing… And it kind of introduced who I was to the rest of the people in the room so they understood like, ‘Okay this girl has got it. She’s positive. She’s moving forward. Let’s take care of her.’”

Little did Bubar know her dance moves would not just spread positivity to her surgical team, but to others around the world. A video her cousin took of her pre-surgery dance has been viewed more than three million times.

“It literally did not cross my mind that it would explode the way it did,” Bubar said.

Bubar has received messages from people across the world, thanking her for sharing a piece of her positive self and giving them hope to face their fears.

As for others fighting cancer or another difficult diagnosis, Bubar hopes her dance moves can remind them to keep their heads up.

“If you’re hopeful and expecting to come out of this well and recovered and cancer-free, well that’s the attitude that you have to have,” Bubar shared. “And there’s never a bad time for a dance party!”

Bubar will hit her one-year mark of being diagnosed with breast cancer at the end of July. She is currently at the tail end of radiation and continues to incorporate happiness and joy throughout all aspects of her life.