These American firefighters were spontaneously greeted by grateful Australians when they arrived at the Sydney airport. 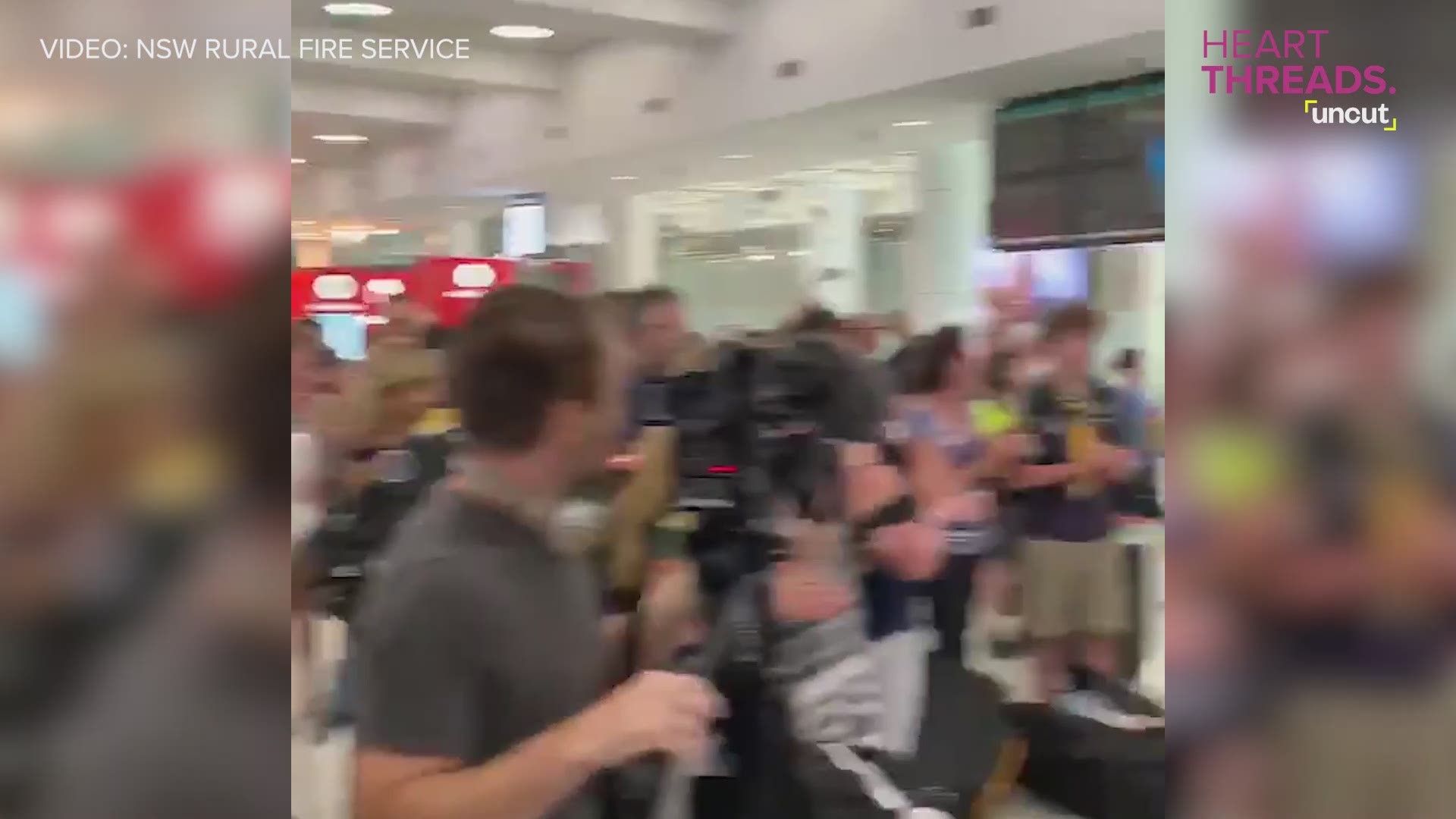 SYDNEY, NSW — American firefighters were greeted with a warm welcome when they arrived in Australia as part of a mission to help fight wildfires there.

In a video posted on Twitter Thursday by Shane Fitzsimmons, the commissioner of the New South Wales Rural Fire Service, Australians burst into applause as American firefighters arrived at the Sydney International Airport.

"Coming through, all gathered gave a spontaneous & lengthy round of applause, reflecting the gratitude & admiration we all have for their generosity," Fitzsimmons said in the post.

More than 200 American firefighters are set to help with the devastating fires.

At least 100 more American firefighters will join the 159 already in the country, the Associated Press reported Wednesday.

The National Interagency Fire Center in Boise, Idaho, said 90 firefighters including on-the-ground hand crews have left in recent days to fight fires that have scorched an area twice the size of the U.S. state of Maryland.

Another 100 firefighters are are expected to fly out next week. Australian officials have requested the firefighters as part of a reciprocal deal that had 138 Australians coming to the U.S. to fight wildfires in 2018.

The world's largest volunteer service made up of 72,000 Australians has been at the forefront of fighting the fires in New South Wales.

Thunderstorms and showers have brought some relief for the firefighters in the country's drought-parched east coast. But the storms have also raised concerns that more fires will be sparked by lightning strikes when hot and windy conditions return.

Fire officials say 2,300 firefighters in New South Wales state are making the most of relatively benign conditions by frantically consolidating containment lines around more than 110 fires blazes and patrolling for lightning strikes.

The unprecedented fire crisis has killed 26 people, with the latest death a Victoria state firefighter who was working to extinguish unattended campfires.

HeartThreads are the best stories about the best of us. Want more? Follow us: