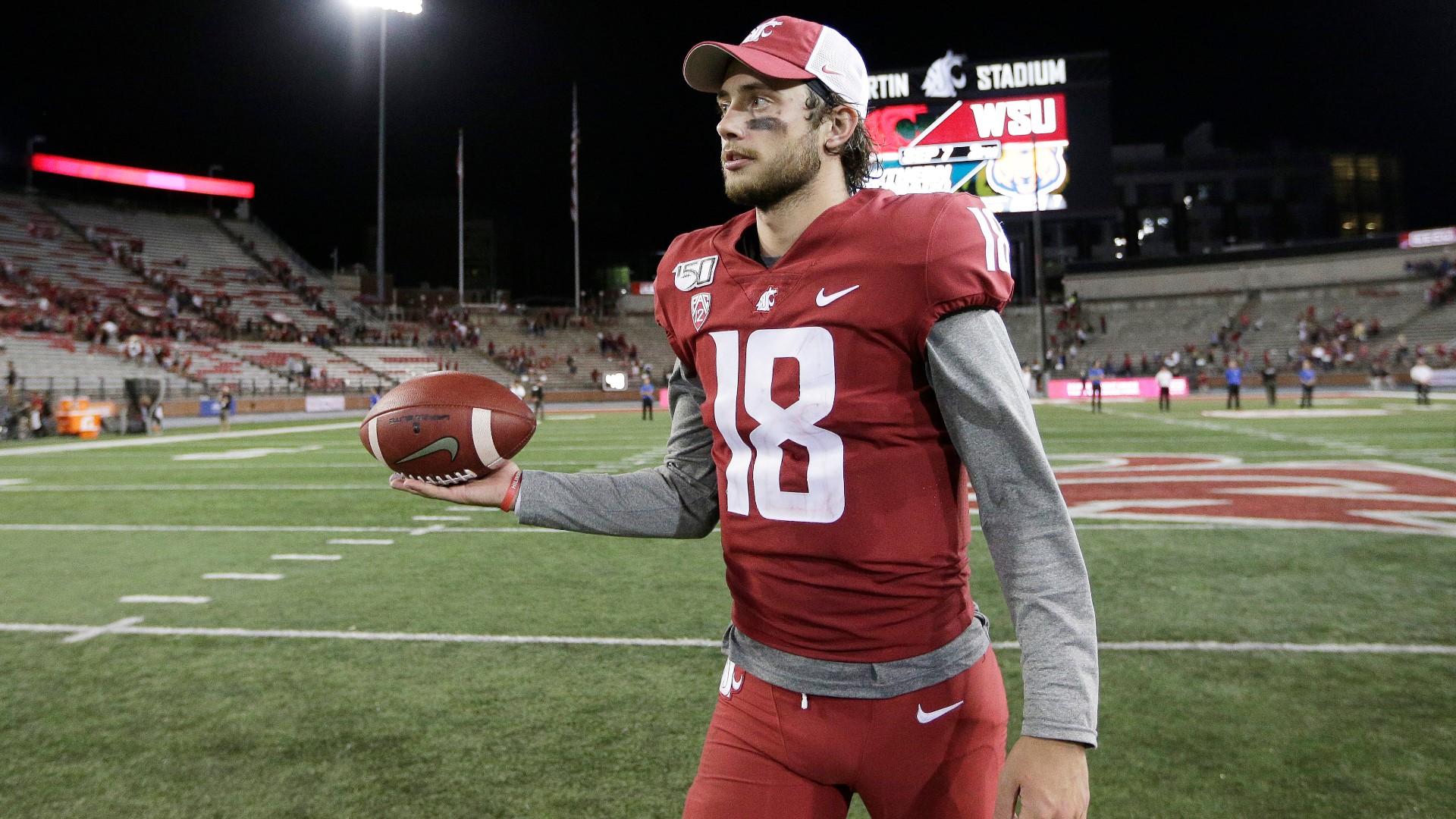 PULLMAN, Wash — Washington State quarterback Anthony Gordon went bonkers in week one and as a result he was recognized on Tuesday as Pac-12 Conference offensive player of the week.

In his first career start he went 29 of 35, threw for 420 yards and totaled five touchdowns in the team's 58-7 win over New Mexico State. His completion percentage (82.8%) was the fourth highest ever by a Cougs quarterback in a game.

The recognition didn't stop at Gordon for Washington State. Left tackle Liam Ryan was named offensive lineman of the week by the conference.

Cougs play this Saturday at 2 p.m. against Northern Colorado inside Martin Stadium.

RELATED: Leach on Area 51 raid: 'They might just test out the stuff they're testing on you'

RELATED: Stats that stood out in Washington State's week one win