Head coach Mike Leach said after the scrimmage Gordon was better than Gubrud in the midst of a competition to be the starting quarterback. 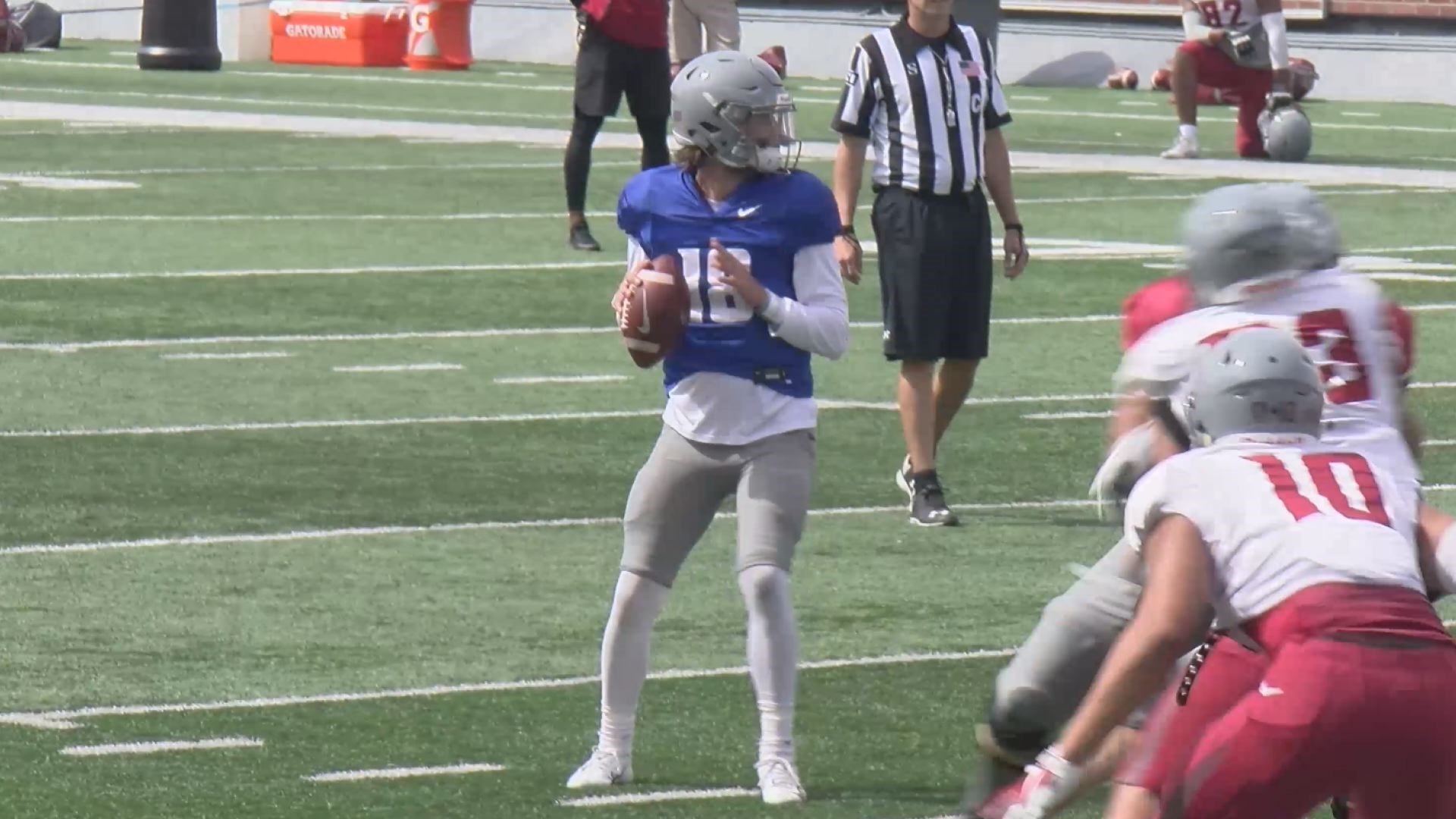 PULLMAN, Wash. — Washington State football wrapped up its second scrimmage of fall camp on Saturday and quarterback Anthony Gordon looked very consistent in the midst of a competition to be the starter.

He finished 15 of 22 for 173 yards with three touchdowns. His longest pass completed  was 36 yards.

The guy he's competing with is Gage Gubrud. He went 16 of 27 for 144 yards, four touchdowns, but threw an interception. The interception was a pick 6 on his second play.

"All fall camp I've been playing with a lot of confidence.," Gordon said. "Today Leach got us into some good plays and then the offensive line was playing really good and gave me time to get the ball down the field."

RELATED: What will WSU football's record be this season?