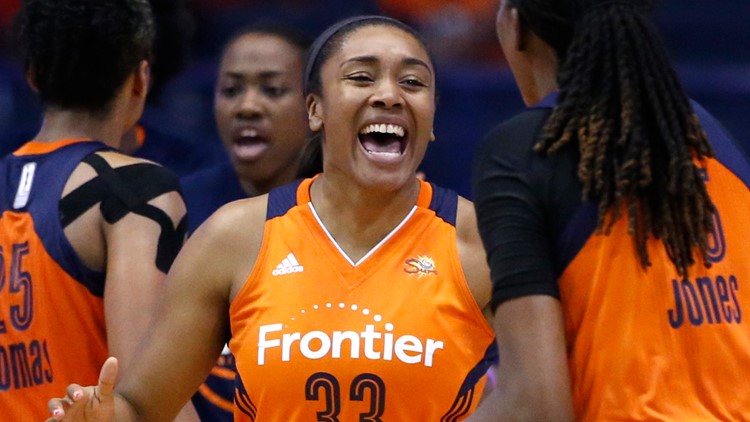 SEATTLE — The Seattle Storm traded the 7th pick in the 2020 WNBA Draft to Connecticut for forward Morgan Tuck and the 11th pick.

The third overall pick in the 2016 WNBA Draft, Tuck played with Breanna Stewart and Kaleena Mosqueda-Lewis at UConn, where she won four NCAA titles.

“We are thrilled to welcome Morgan to Seattle Storm basketball,” said Storm CEO and General Manager Alisha Valavanis in a statement. “Morgan is an elite competitor with a championship pedigree. She adds a versatility that we believe will complement our team and our style of play.”

Over her four-year career, Tuck has averaged 5.4 points per game and 2.3 rebounds per game.

In the last two years, Tuck has appeared in 67 of a possible 68 regular-season games.