The Storm’s veteran guard Sue Bird, who turns 40 in two weeks, had 16 assists -- a WNBA playoff-record.

Breanna Stewart scored 37 points, including 11 to start the fourth quarter, to help the Seattle Storm beat the Las Vegas Aces 93-80 in Game 1 of the WNBA Finals.

Bird had her record-breaking 12th assist in the third quarter on a pass to Breanna Stewart with 7:19 left in the period. She passed the mark set by Nikki Teasley of Los Angeles in 2002 and accomplished seven other times. The Storm’s veteran guard, who turns 40 in two weeks, had 10 assists in the first half -- also a WNBA record. Bird is the league’s career assist leader and is in her fourth WNBA Finals.

Stewart added 15 rebounds and four blocks. She was a point short of the WNBA Finals record set by Angel McCoughtry. Stewart scored the first 11 points of the fourth quarter to restore a double-digit advantage. She hit three 3-pointers in the game-changing burst.

Game 2 of the best-of-five series is Sunday. 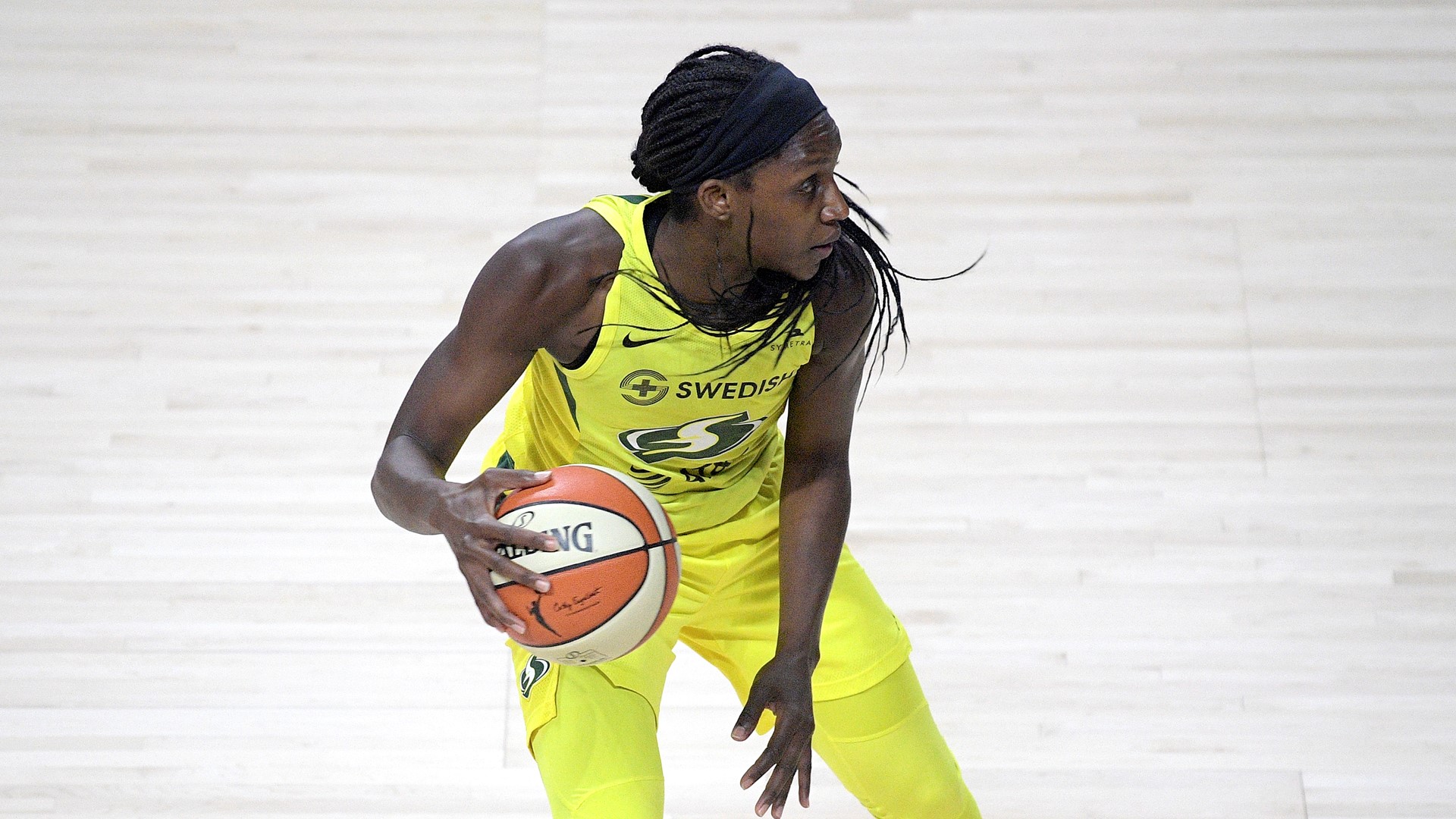