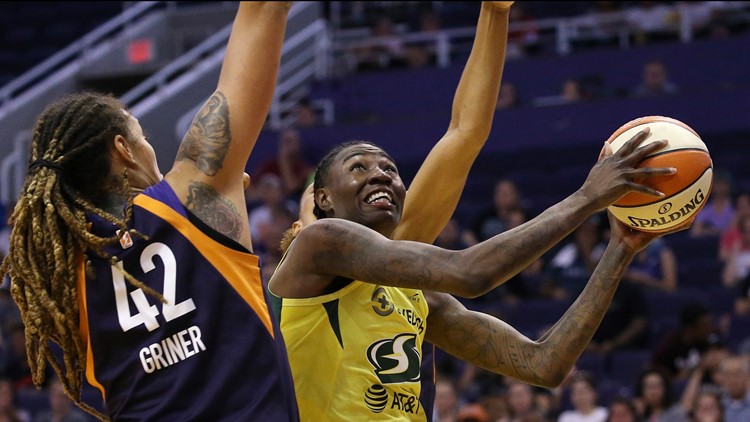 PHOENIX (AP) - Natasha Howard scored 11 of her 22 points in the first quarter and the Seattle Storm got off to a strong start en route to an 82-70 win over the Phoenix Mercury on Tuesday night in a battle for playoff positioning.

Seattle (17-15) moved into a tie with Minnesota for the sixth seed and holds the tiebreaker. The Mercury (15-17) will finish eighth. When the playoffs open next week, the fifth and sixth seeds have home games and the seventh and eighth seeds are on the road in the single-elimination first round.

The Storm shot 58% in the first quarter to 39% for the Mercury and steadily pulled away. It was 50-35 at halftime and the margin was 20 entering the fourth quarter.

Brittney Griner had 22 points for Phoenix.

Before the game the Storm announced Sue Bird, who had preseason knee surgery, would not play this season.

It was Women of Inspiration night in Phoenix with the Mercury players wearing custom shoes dedicated to the women who inspired them.