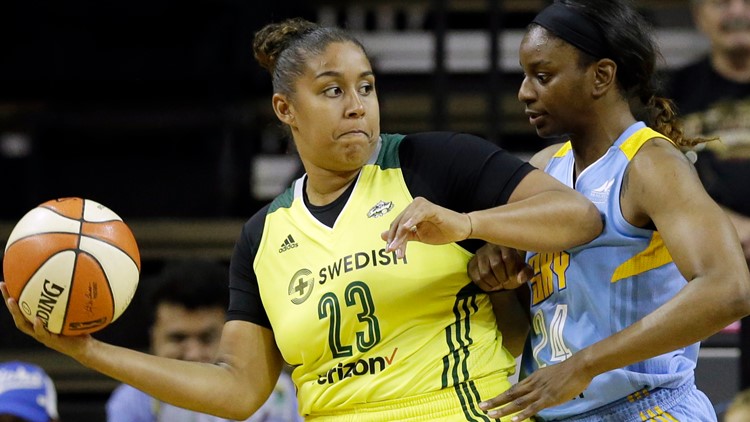 SEATTLE — The Seattle Storm signed veteran guard Epiphanny Prince on Monday. The 10-year veteran has averaged 13.2 points, 2.9 assists and 2.3 rebounds per game throughout her career.

“Epiphanny’s tenure in our league has been an impressive one. Her skill and versatility in the backcourt add depth to our roster,” said Storm CEO and General Manager Alisha Valavanis. “She is a great fit on and off the court for the Storm and we’re excited to welcome her to Seattle.”

Prince is currently playing for Dynamo Kursk in the Russian Premier League. She is averaging 12.2 points and 3.8 assists per game and boasts a 40.4 three-point field goal percentage in EuroLeague action.

The Storm will get the Sun's second-round pick in the 2021 draft in return. The 26-year-old averaged 5.5 points for the Storm last season and 5.3 points in her five years in the WNBA, which included a championship in 2018.

Mosqueda-Lewis had a school-record 398 3-pointers for the Huskies. She won three NCAA titles at UConn before being drafted third overall by Seattle in 2015. Sun coach Curt Miller says Mosqueda-Lewis should fit in with his philosophy of having players that can spread the floor.